Qatar foiled Japan's bid for a record-extending fifth AFC Asian Cup title on Friday, winning the tournament for the first time in a 3-1 upset. 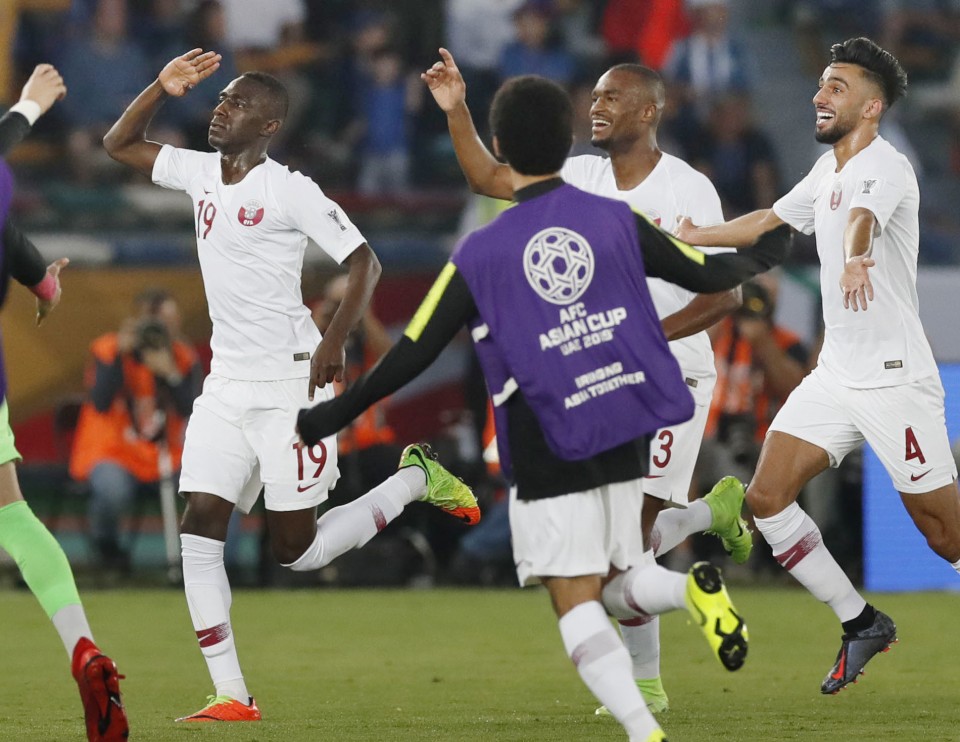 Takumi Minamino pulled a goal back for Japan after the break, but Akram Hassan Afif sealed the victory from the spot seven minutes from time after Japan captain Maya Yoshida was penalized for a handball.

But after conceding two spectacular first-half goals, the four-time champions struggled to break down a Qatari defense that had yet to concede a goal leading into the final. 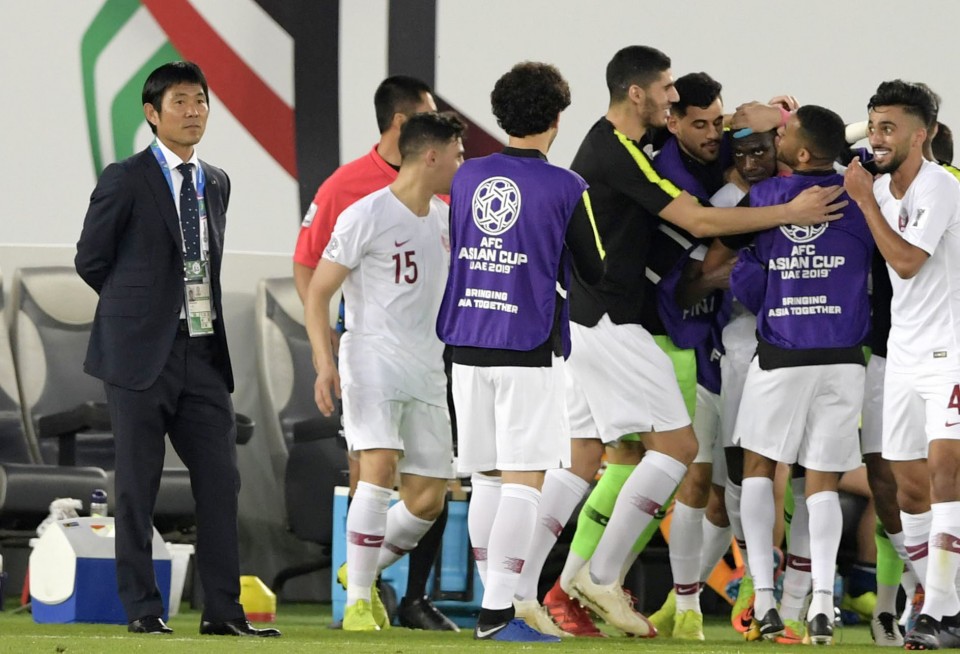 Japan head coach Hajime Moriyasu made just one change to his starting 11 from the semifinal, bringing in Tsukasa Shiotani as a holding midfielder for the injured Wataru Endo.

Following a bright start, the Samurai Blue found themselves behind in the 12th minute when Sudanese-born striker Ali scored with an acrobatic bicycle kick that he teed up off his own boot.

With his ninth goal in the United Arab Emirates, the 22-year-old set a new Asian Cup record, eclipsing the eight scored by Iranian great Ali Daei in the 1996 edition.

Hatim doubled the lead 15 minutes later with a superb strike from outside the box, curling a left-footed shot around diving Japanese keeper Shuichi Gonda.

Japan avoided going three goals down less than 10 minutes before the break when Hasan Al Haydos hit the post from the left of the six-yard box.

The Samurai Blue ramped up the pressure after the break, with Minamino and Takehiro Tomiyasu threatening inside the area, but the favorites were again lucky to avoid conceding a third when a Qatari counterattack ended with Hatim firing over the bar from close range.

Moriyasu brought on Yoshinori Muto for Genki Haraguchi in the 62nd minute, looking to break down the Qatari defense with fresh legs.

Newcastle United forward Muto was first to a corner kick four minutes later, but his header from near the front post sailed above the goal.

Japan's sustained pressure in the final third paid off soon afterward, however, when Minamino broke through for his first goal of the tournament.

The Salzburg attacker showed a deft touch to chip Qatar keeper Saad Al Sheeb from close range following a short ball into the box from Shiotani.

Japan appeared to have the momentum following the goal, but their comeback was snuffed out when forward Afif scored from the spot.

Uzbek referee Ravshan Irmatov awarded the penalty after consulting the video assistant referee and determining that Yoshida handled while contesting an aerial ball.

Despite the disappointment of the loss, Moriyasu said he was happy with the performance of his squad containing a mix of veterans and new blood introduced following last summer's World Cup.

"It's a shame we couldn't win the final but I'm proud of what the players have achieved," Moriyasu said.

"The result just shows that our opponents were the stronger side. We'll analyze this tournament and try to go onwards and upwards from here," he added.

Japan finished the match with a 13-2 advantage in corner kicks, but the Qatari defense was able to largely neutralize Japan's normally dangerous set piece.

The defeat was the first for Japan since being knocked out of last summer's World Cup round of 16 in a 3-2 loss to Belgium.

It was also their first loss under manager Moriyasu, who took the reins following the World Cup.