Defender Tatsuya Yamashita stole the headlines from Vissel Kobe's star-studded attack on Friday as the J-League kicked off its season with a 1-0 Cerezo Osaka win.

Instead, Yamashita scored the first goal of the season, heading home from a corner that Vissel keeper Kim Seung Gyu failed to punch away in the 78th minute at Yanmar Stadium. 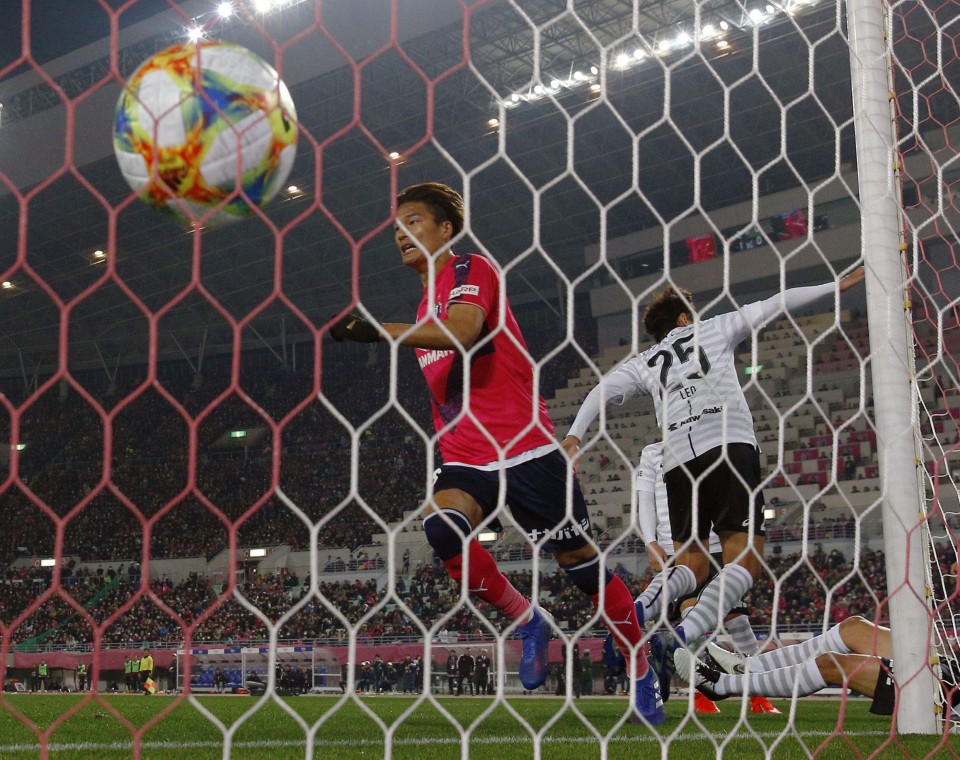 Cerezo playmaker Souza set up the corner when Kim deflected the Brazilian's second near miss over the span of a minute. Both Kim and Yasuki Kimoto went up at the near post for Yusuke Maruhashi's corner, but Kim missed and Kimoto headed it to Yamashita at the far post. His fellow defender then headed it into the empty net.

"We had some hiccups today as a team but we were able to get something out of it," said Yamashita of his first goal in two seasons. "I was in the right place and believed I could score."

With Iniesta supplying good balls to his teammates, Villa appeared poised to strike early but was kept under constant pressure by Cerezo's defenders and none of his shots proved to be a threat. 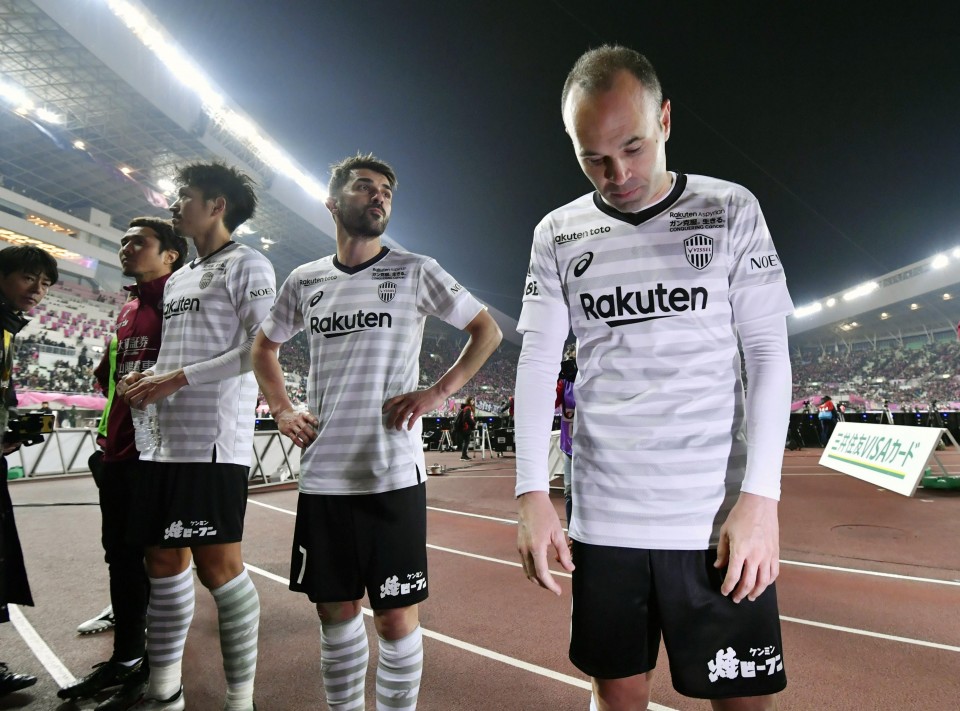 (Iniesta (R) and Villa (C) look dejected after the defeat)