Students calling for action to address climate change took to the streets before Japan's Diet building in central Tokyo on Friday, joining what has now become a global youth movement.

About 20 youths, including high school and university students, sought to raise the alarm about climate change and have their voices heard, holding up handmade placards that read "Live with the Earth" and "Act Now!"

Organizers took a cue from a broader movement called "#FridaysForFuture" that began in 2018 when 15-year-old Greta Thunberg spent school hours sitting in front of Sweden's parliament to demand political action for climate change. 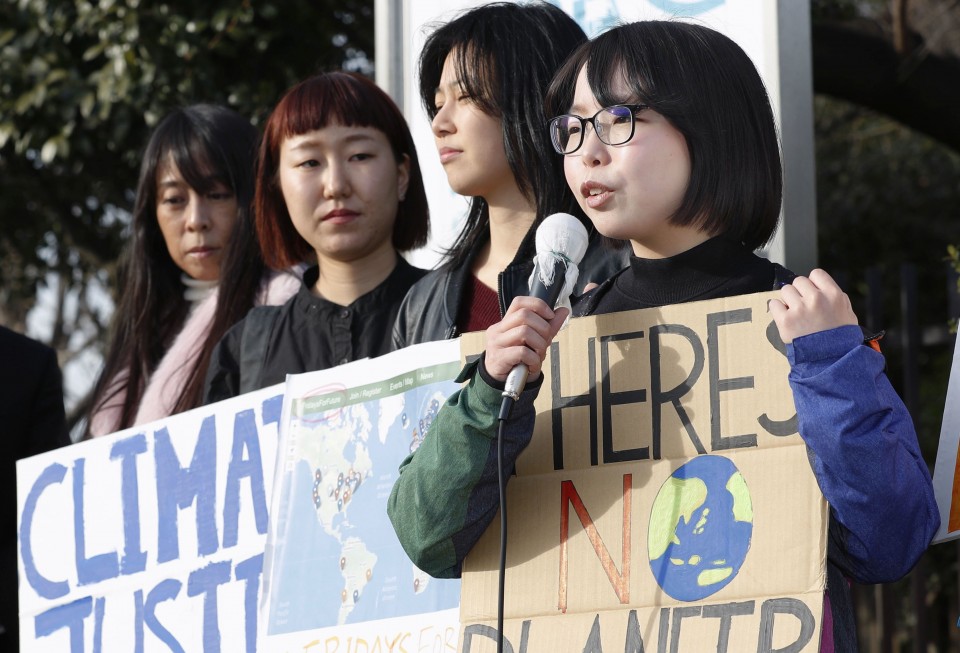 Held in an area where government offices are concentrated, the event was the first of its kind in Japan, according to people who decided to organize it earlier this month.

"Young people can change society as a whole if our perceptions change," said Aina Koide, a 20-year-old university student who has led the initiative.

"My hope is that more young people will share that view and come," she said, adding the priority is to raise awareness about environmental issues. 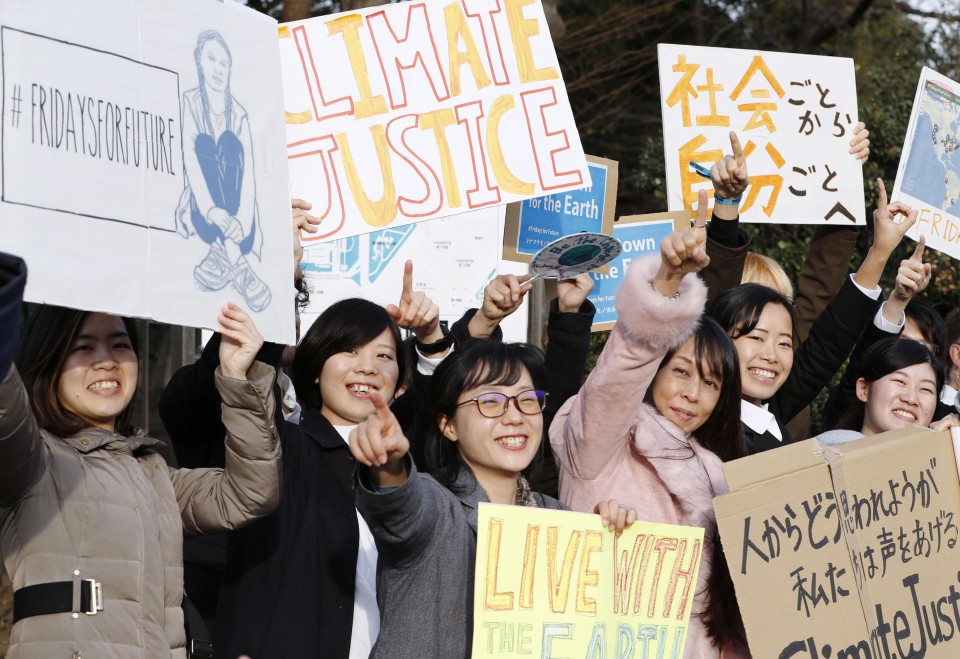 Among the participants in the event were a female university student who rushed to the roughly hour-long rally in a suit she has been wearing for her job hunting and students who had their eyes opened to the seriousness of climate change while they were away from Japan.

Isao Sakai, an 18-year-old high school student, recalls that the environmental science class he took during his stay in the United States was an "eye-opening experience."

"I didn't care about climate change until then. But knowledge makes a difference," Sakai told Kyodo News. "First off, more young people need to become aware of what's happening."