Former big leaguer Daisuke Matsuzaka has another hurdle to clear with inflammation in his right shoulder after a fan pulled his arm during an event at spring training.

The Central League's Chunichi Dragons said Tuesday that Matsuzaka has been prohibited from throwing after feeling discomfort in his right shoulder following a fan event in which someone yanked his throwing arm. Instead of playing catch, the 38-year-old ran and took some full cuts in an indoor batting cage. 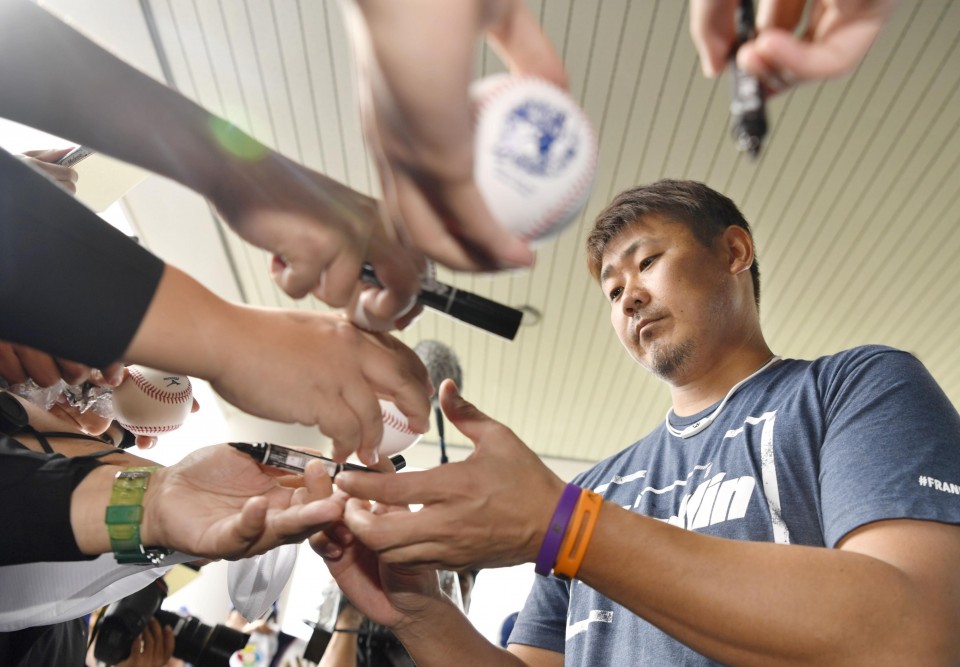 He returned to Japan from the major leagues in 2015 with the SoftBank Hawks but had surgery on the same shoulder that summer. He pitched just one inning for the Hawks in three seasons before he was released a year ago and signed with Chunichi after a tryout.