A day after his 52nd birthday, former Japan striker Kazuyoshi Miura said Wednesday his "passion" for soccer was driving him to continue playing at a professional level.

"My passion for soccer has not changed since I turned pro at the age of 18," the forward with J-League second-division side Yokohama FC told reporters. "I even feel like it is growing. Passion is what drives me forward the most." 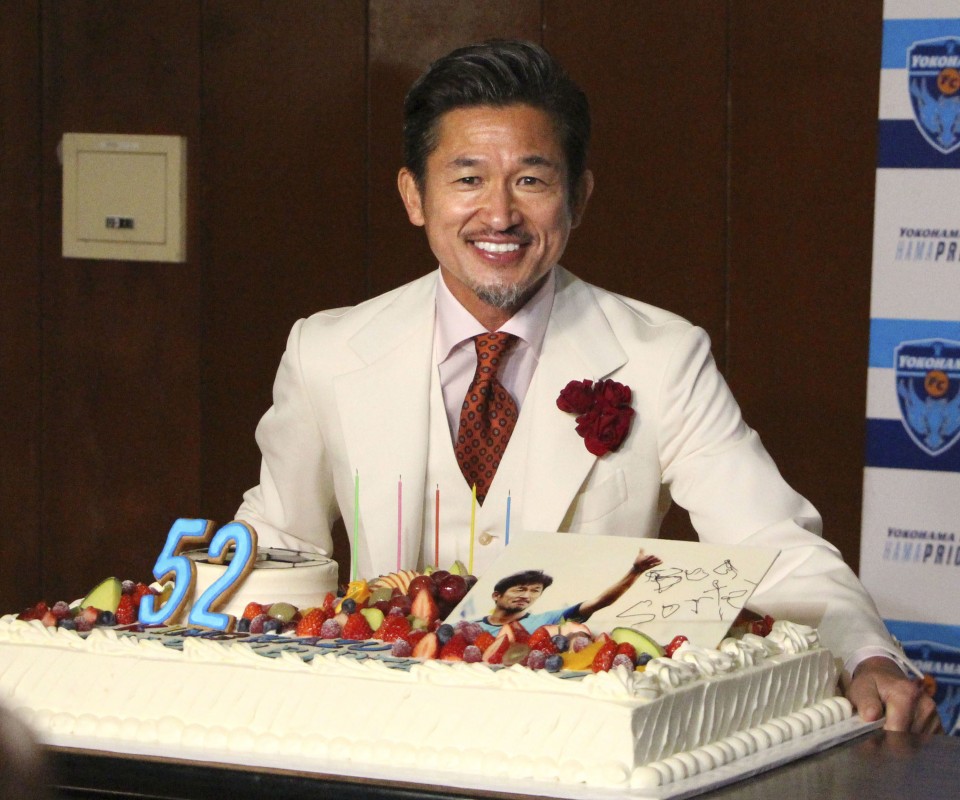 Now in his 34th season, the man known to fans as "King Kazu" is believed to be the oldest professional soccer player in the world.

Donning a white three-piece suit, he met with the press following practice Wednesday in Yokohama, where he was presented with a cake and 52 roses.

On his birthday on Tuesday, Miura attended a tea party hosted by the Japanese imperial couple. He said he received praise from Empress Michiko for his contribution to the country's soccer scene since the J-League's inaugural season in 1993.

"I was honored when she said she had wanted to meet me and talk to me in person," Miura said.

Miura left Japan for Brazil as a 15-year-old in 1982 before starting his professional career there. 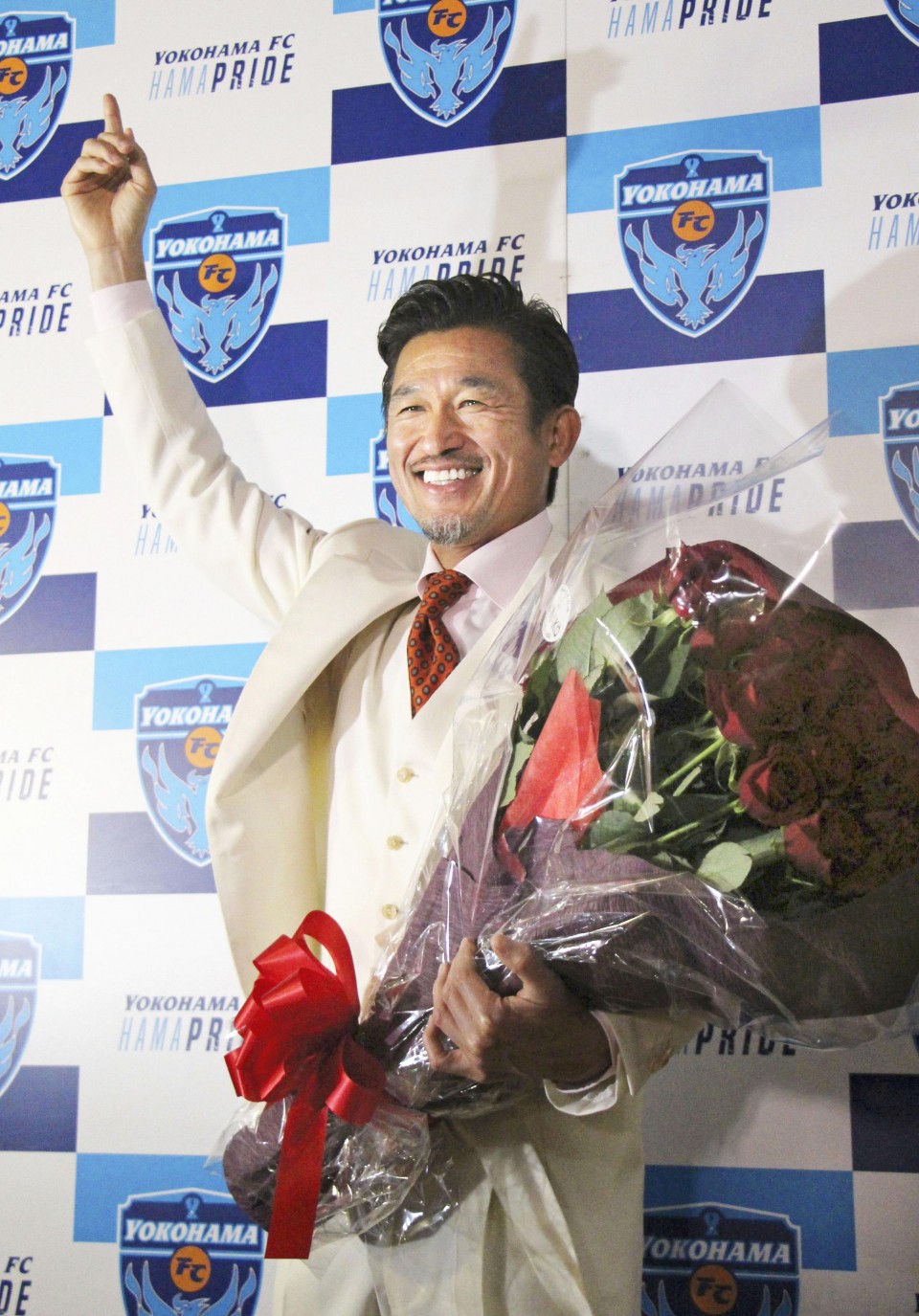 He played for several clubs including powerhouse Santos before returning to Japan in 1990 and becoming one of the most popular players in the country.

He joined Yokohama FC in 2005 and became the oldest goal scorer in a professional league match in 2017 at 50 years and 14 days.

Miura made nine appearances for the second-division side in 2018, but did not start a single match. He was also left off the bench in Sunday's league opener against V-Varen Nagasaki.

But Miura has vowed to continue competing for playing time.

"I want to start and play for an entire match. Since I am a forward, I want to concentrate on the number of goals and assists," he said.

Yokohama FC last year finished third in the 22-team J2 standings before losing a playoff for promotion to the first division. The club will play Montedio Yamagata on Sunday.