Record no. of people injured by wild deer in Nara park, 80% being foreign tourists

The number of people injured by wild deer at Nara Park in western Japan, a major tourist attraction, has hit a record high 200 in the current fiscal year, with foreign visitors feeding the animals accounting for some 80 percent of those wounded, the Nara prefectural government said Tuesday.

The number of those injured has quadrupled over the five years to fiscal 2018, and the Nara government last April began offering multilingual tips on how to safely feed the deer inhabiting the 600-hectare park, which encompasses the famous Todaiji Temple and Kasugataisha Shrine.

The more than 1,000 deer that roam the park are designated as national treasures and visitors can feed them with special crackers.

Many of the injuries are believed to have occurred when tourists tried to take photos of themselves feeding the animals, often while teasing them such as by holding the crackers out of reach. While injuries among foreigners continued to rise, those among Japanese have held steady.

The number of foreign visitors to Nara Prefecture in which the park is located increased almost 10-fold from 2012 to some 2.09 million in 2017.

Most of the 200 injuries as of late January in fiscal 2018, which began last April, were light ones such as bites, but eight people sustained serious wounds such as broken bones when deer charged into them. Between fiscal 2013 and fiscal 2017, a total of 10 people had suffered serious injuries.

To prevent harm, signs with tips in English, Chinese and Japanese advising tourists how to feed deer have been put up at the park and nearby shops selling crackers. 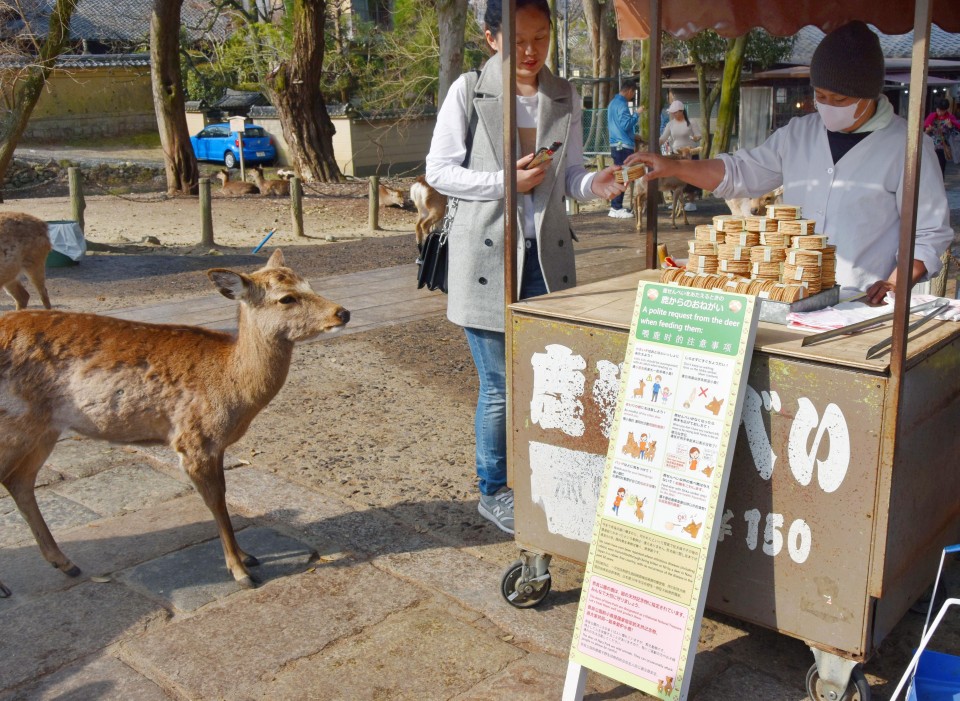 The panels tell feeders to give the deer crackers immediately rather than teasing them by withholding the food as such behavior angers the animals. Visitors are also urged to show their hands to let the animal know when there are no more crackers.

Since December, members of a civic group have given information about feeding deer to foreign tourists using translating devices and cautioned about possible injuries.

"At first sight, it seems that the deer are calm but because they are wild, they can attack people," said Akimasa Yoshimura, 60, the head of the group.

"One of the good things about Nara is the opportunity for people to interact with deer. We would like to reduce trouble between them as much as possible so that they would like to come back again," he said. 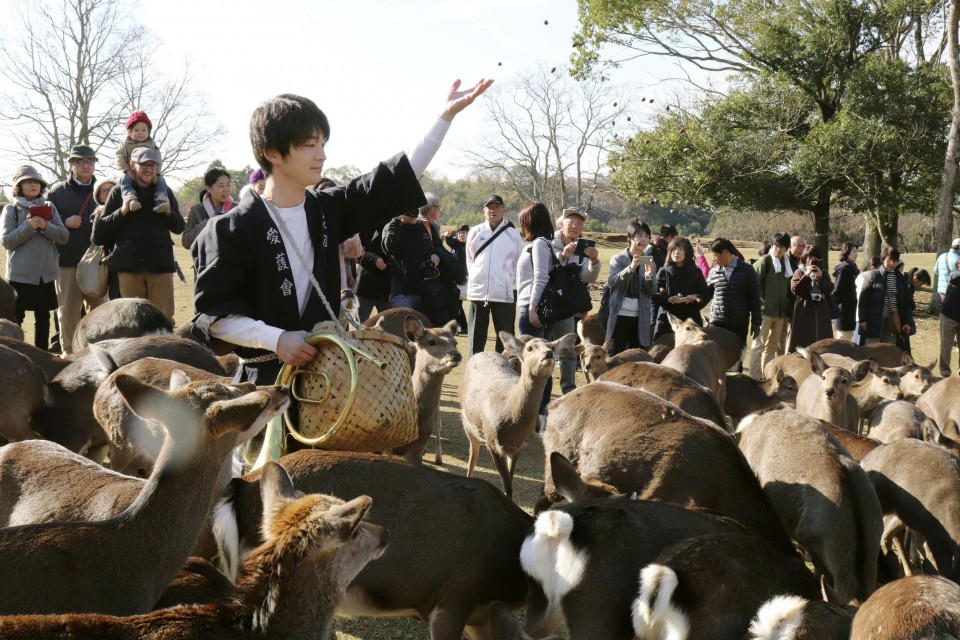