At the height of their fame, Mansun could sound surprisingly world-weary and downbeat given their youthfulness. On 1998 hit single "Legacy", frontman Paul Draper lamented, "Nobody cares when you’re gone." Well, in Japan, it seems they do care. A lot.

Mansun last visited Tokyo in 2000, playing the opening two nights of the doomed Shibuya-AX venue, and disbanded three years later. Many musicians would have been long forgotten in the interim.

But when tickets went on sale last November for Draper’s first Tokyo date in more than 18 years — a solo acoustic gig on March 7 — they were snapped up within hours. 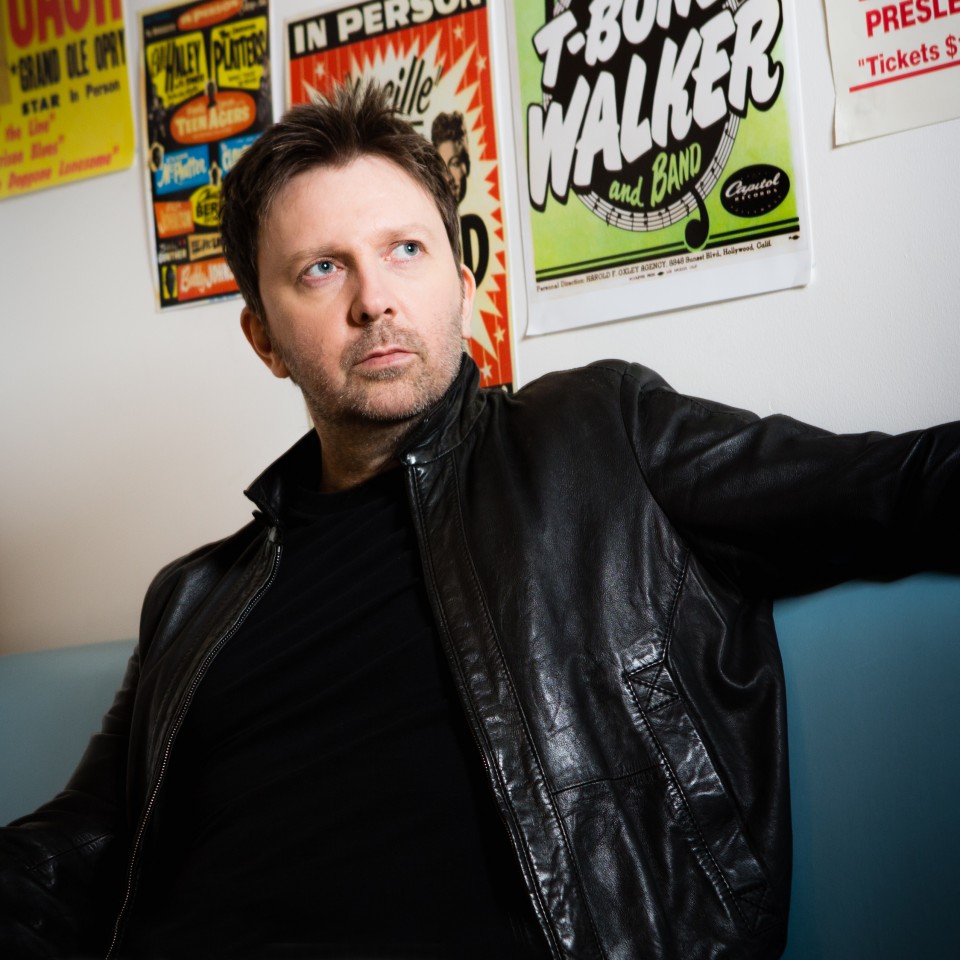 Another date — also in Shibuya, on March 6 — was added, and quickly sold out. It encouraged Draper to firm up an Osaka gig on the 8th, then dash back to Tokyo for two weekend lunchtime slots in Shimokitazawa. After that, it's off to China for three gigs to complete an extended Asian tour that he hadn’t imagined possible a few months ago.

"We weren't sure what kind of demand there'd be for the acoustic shows, compared with touring with a full band, then the first two sold out straight away and we were like, 'wow'," Draper told Kyodo News in an exclusive interview. "Shanghai also sold out -- it's mind boggling."

"I can imagine myself being very emotional playing the first concert back in Tokyo. In Mansun, it's what kept us going, knowing there'd always be another trip to Japan. So when you're traipsing round Scunthorpe's local radio station telling them what your favorite tune is, you think, 'well, at least this time next month I'm going to be in Shibuya'."

Bursting on to the Britpop scene in 1997 with "Attack of the Grey Lantern," their platinum-selling, UK chart-topping debut album, Mansun split in 2003 while making a fourth LP. Draper compiled the demos for this and released them the following year as "Kleptomania."

Then relative silence for a decade, before Draper slowly but surely stepped out of the shadows: as co-writer and co-producer for singer-songwriter The Anchoress; with the release of three solo EPs and his "Spooky Action" album in 2017; with the re-release of Mansun’s back catalog; and with his return to the stage, first with a full band and now accompanied only by 27-year-old guitarist Ben Sink.

One feature of the duo's UK acoustic tour last autumn was the Laurel and Hardy-style double act they’ve developed between songs, with Draper jokingly firing off scathing one-liners about his sidekick, and Sink just sitting on his stool with a hangdog expression.
"I met Ben at a local musicians' jam night in Weybridge, just outside London," said Draper.

"Ben had studied music technology at college so I offered him the internship to run my studio in west London, and be a trainee sound engineer, which he did for about four years."

"Then when we started doing the acoustic shows we developed a bit of banter on stage. I said to him, 'Do you want me to bring you into the show,’ and he said ‘Yeah, do it, do it.’ People say I'm cruel to him, but when we come off stage he's like, 'That was amazing.'"

"But I can't see us doing too many comedy bits in Japan because I don't think anyone will understand them!"

The Asia tour coincides with the 21st anniversary re-release of "Six," Mansun's second album, following last year's similar reissue of "Attack of the Grey Lantern." So what can fans in the Far East expect to hear? 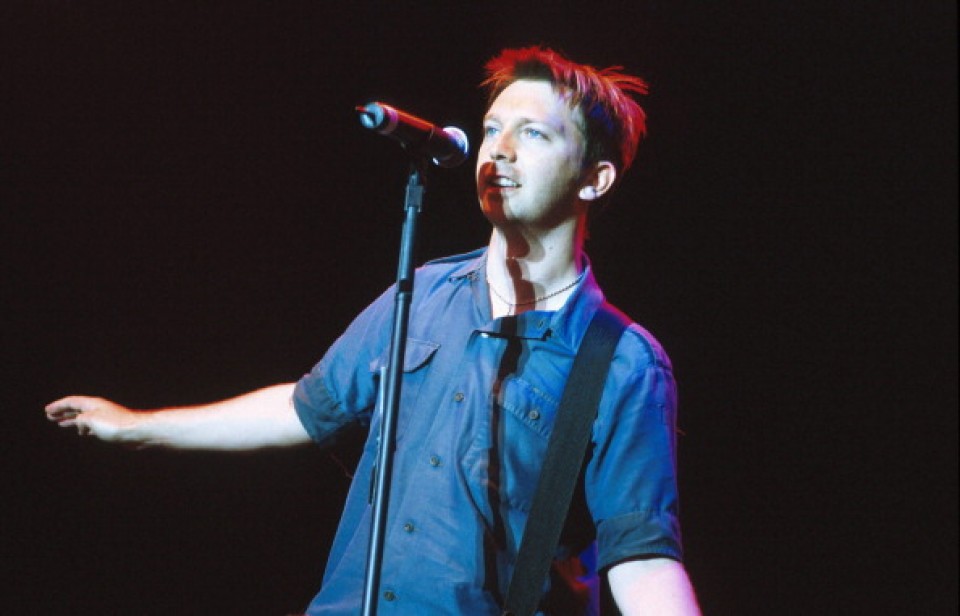 "We're basically bringing the UK acoustic tour. We'll be playing one of the B-sides off my solo EPs, one track off 'Kleptomania,' and a bit from everything else — 'Attack of the Grey Lantern,' 'Six' and 'Little Kix'," said Draper.

There's plenty more in the pipeline. The 48-year-old said he'll be hitting the road in Britain this autumn, accompanied by a full band, to do a marathon set, while there are plans to release a Mansun film — shot on tour in 1998 — in selected UK cinemas early next year, not to mention a second solo LP.

"The UK tour, penciled in for late October, will start with a full solo set comprised of my three EPs, 'Spooky Action,' and my second album, a 20-minute interlude, and then 'Six' in full. That'll be two-and-three-quarter hours. And then I'd love to bring that to Japan."

Last spring, Draper took "Attack of the Grey Lantern" round the UK in similar fashion, and is considering a future twist on that for Japan.

"If there was enough demand we could do 'Attack of the Grey Lantern' and 'Six' on alternate nights. That would be amazing, two nights in Tokyo with a full solo set plus a full Mansun album. Or that's something we could throw open to our fans through a social media poll: which Mansun album would they like us to bring to Japan with a full band? Or both?"

Further out, he plans "a director's cut" of "Little Kix" — "I didn’t produce that album but I'm going to take all the session tapes and re-do it in my image" — and a definitive version of "Kleptomania."

For now though, it’s all about the upcoming gigs. 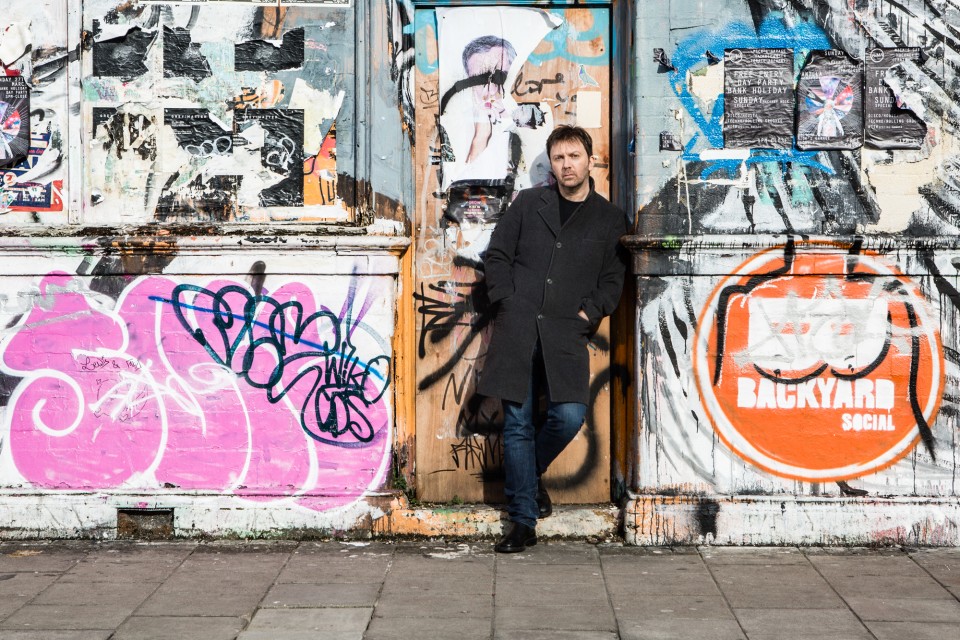 "I never thought I'd be able to do an acoustic show, I just didn't think I was good enough. But I really focused on getting my vocal right, so I’m operating at peak vocal," said Draper.

"I was only the front man in Mansun, and to take the rest of the band away and leave me on my own with my vocal, to test how good the songs are, how good my vocal is, it's like the ultimate challenge."

"And we have another challenge now, bringing that show to Japan and wondering whether that audience, who've seen me before, are going to enjoy it."

"I'm back out doing gigs and I'm doing it all on my own terms. I’m not part of the mainstream, not even part of the left field, I’m just speaking to the Mansun fans still out there."

"It feels the right time. I could have done the solo stuff many years earlier but at that time it was all The White Stripes, The Strokes, The Kooks -- I don't think anyone would have cared about a record from me."

They would have done in Japan.