A crab-fishing boat from the western Japan prefecture of Shimane has been seized by Russian authorities in the Sea of Japan for allegedly fishing illegally in Russia's exclusive economic zone, prefectural officials said Saturday.

The Nishino Maru No. 68, with 10 crew members, was seized on Wednesday after leaving a port in Sakaiminato, Tottori Prefecture, on Jan. 26, according to the officials and other sources. Russian security authorities admitted to detaining all crew members but did not say when they will be released.

The Japanese consulate general in Vladivostok said the boat was taken to Nakhodka, 90 kilometers east of Vladivostok. It said it is gathering further information. 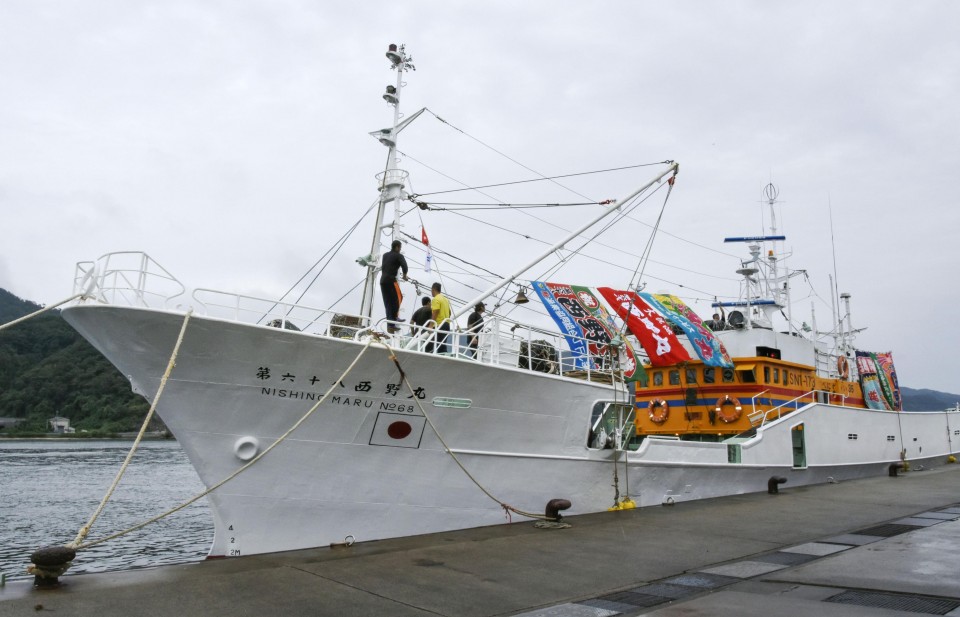 (The Nishino Maru No. 68 seizued by Russian authorities, pictured in August 2015)

Russian authorities are likely to question the crew members and check whether they had documents necessary for fishing operations, a process that may last at least several days.

The captain of the 115-ton ship is Hideji Kagami, 52. His wife Sayuri Kagami, 49, told reporters that she has hardly slept since she heard about the incident.

Hitoshi Furuki, secretary general of the fishermen's union to which the ship belongs, said he is worried as to whether the crew will be released.

The crew members are in good health, according to the prefectural officials.

In late January 2009, a crab-fishing boat from Sakaiminato was seized by Russian authorities for allegedly fishing illegally in Russia's EEZ. All 10 crew members were released in early February that year after making a payment to Russian authorities.