Among some 190 snow and ice sculptures on display is a sculpture of thoroughbred horses, animals that are famously bred in the Iburi region that was hit hardest by the disaster which killed more than 40 people. 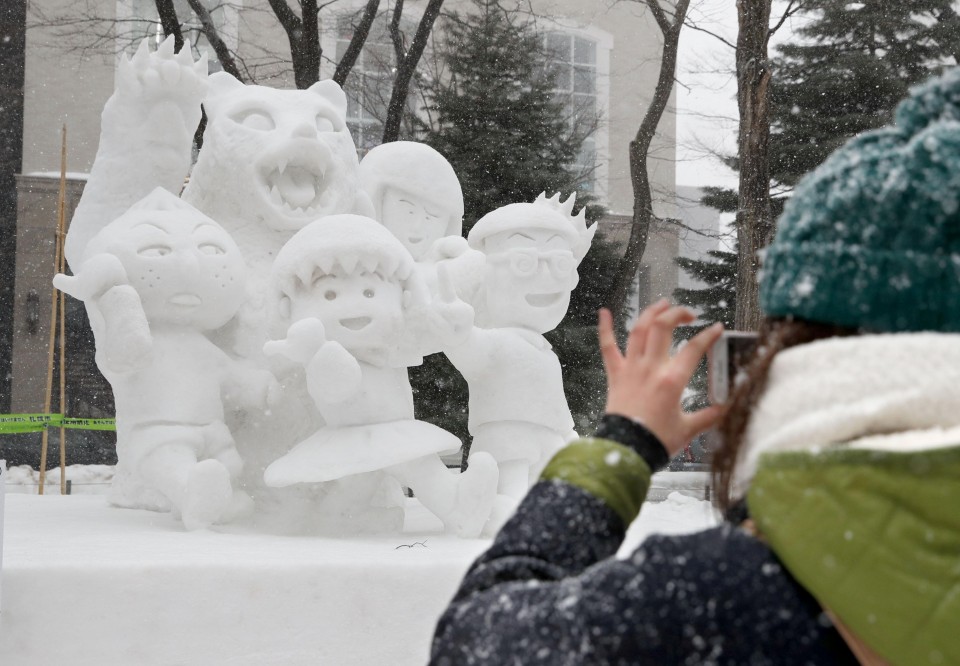 Commemorating the centenary of the establishment of diplomatic relations between Japan and Finland, a snow sculpture of the Helsinki Cathedral was made by local members of Japan's Ground Self-Defense Force at the main Odori site and lit up at night.

"The sculptures are bigger than I imagined," said Mayumi Morishita from Tokyo, whose husband lives and works in Sapporo, when she visited the festival with the couple's two sons.

The 41-year-old woman said that she had been worried about the quake's negative effects on the festival, but she was "moved" by efforts of local people who have joined forces to make the sculptures. 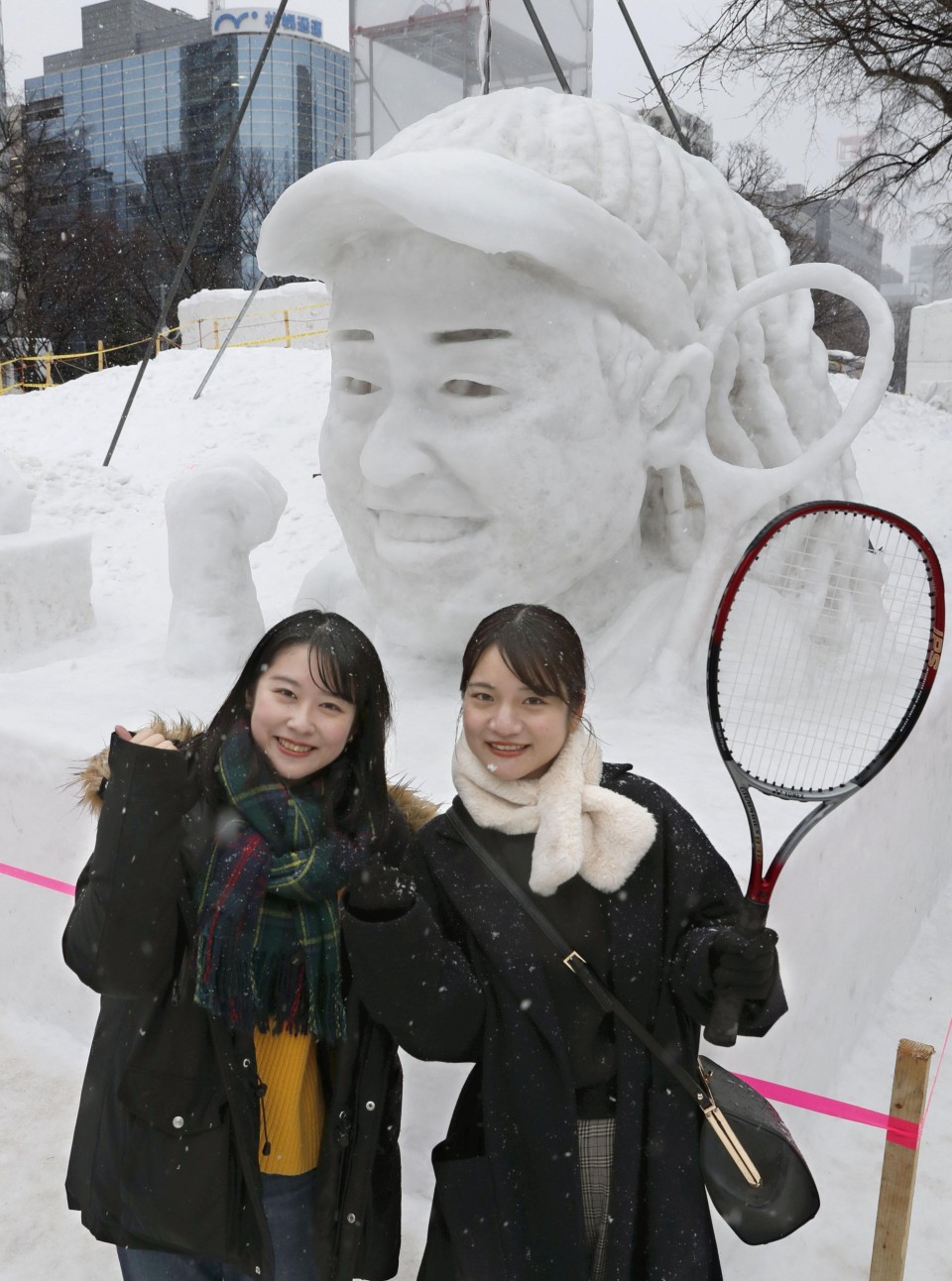 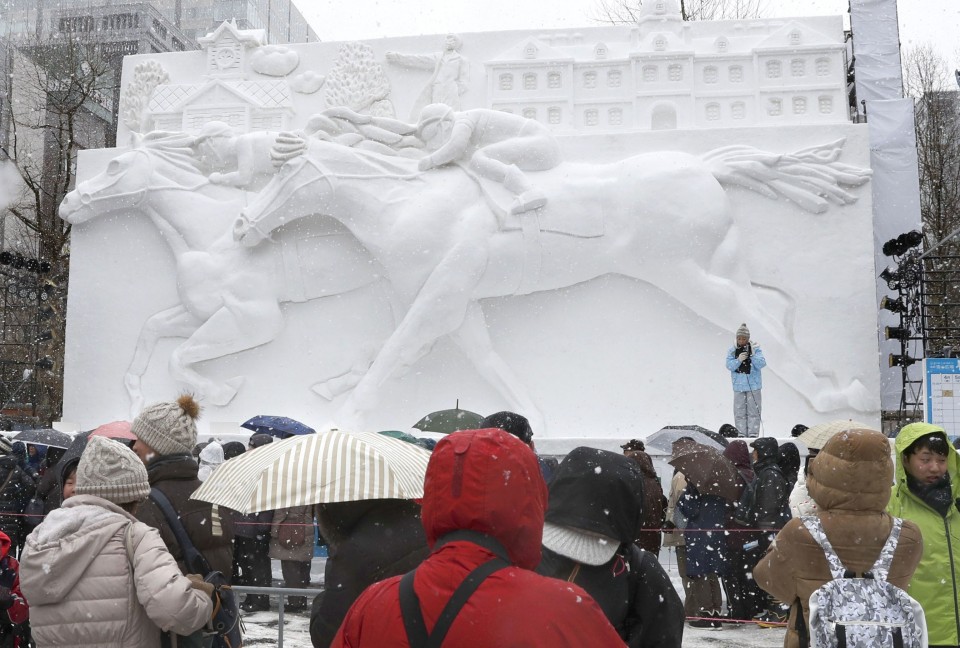 More than 2 million people from Japan and abroad are expected to visit the 70th festival held at three sites in Sapporo through Feb. 11. Visitors can choose their favorite from among approximately 80 small snow sculptures and vote through a smartphone app until Friday.

On Sep. 6 last year, Hokkaido was rocked by a magnitude 6.7 quake. Most of the 42 people killed were residents in the town of Atsuma in the eastern Iburi region, where massive landslides buried a number of homes, according to the latest statistics from the local government. The quake also caused a Hokkaido-wide blackout. 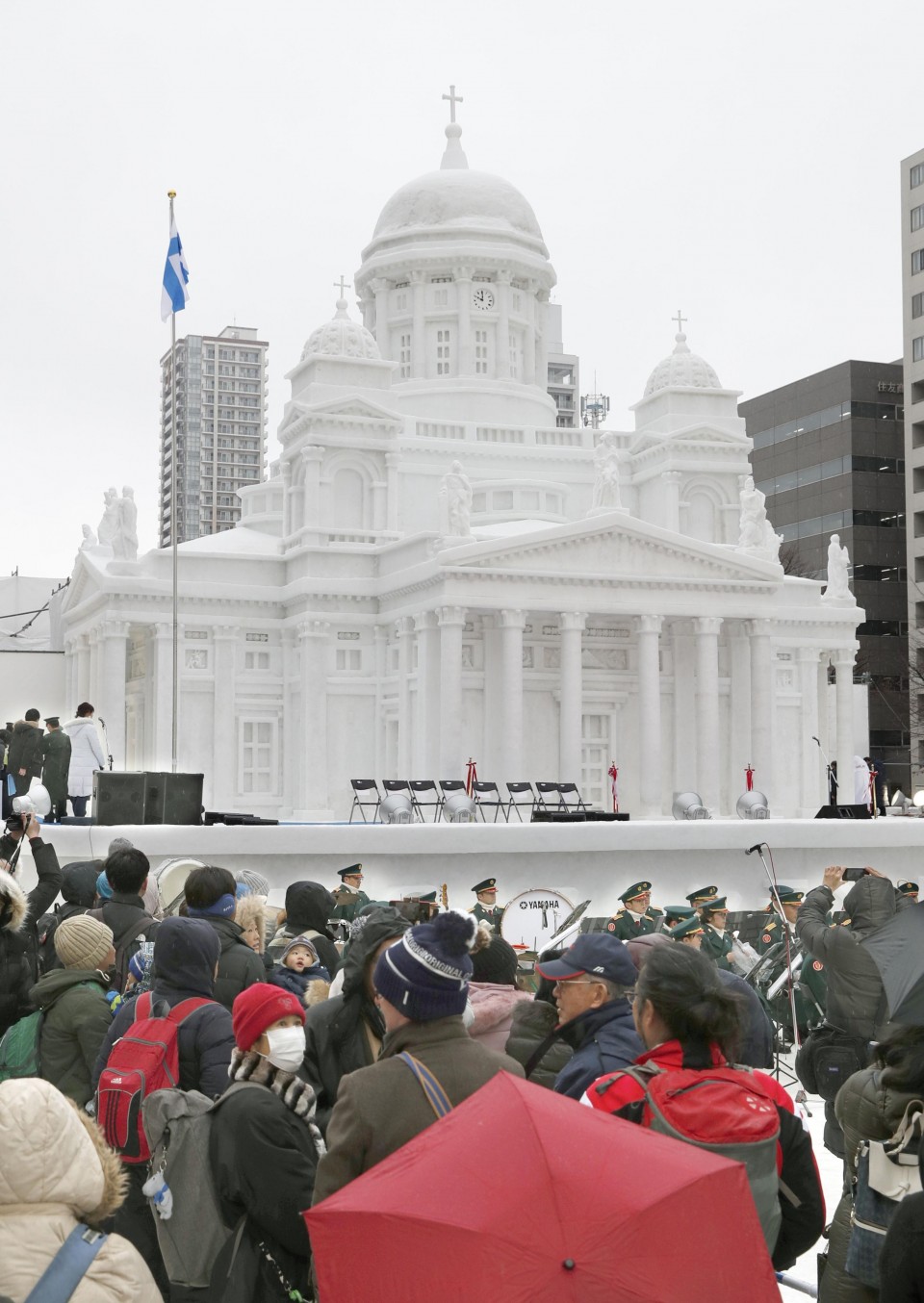