With seven months until the opening of the Rugby World Cup, organizing committee CEO Akira Shimazu said Thursday the number of foreign fans set to attend the quadrennial tournament has far "exceeded his expectations."

Speaking at the Foreign Press Center Japan in Tokyo, he said the World Cup will see about 500,000 tickets sold to foreign fans who will travel throughout Japan, including Kamaishi in the country's northeast -- a city that hopes to showcase its recovery from the 2011 earthquake and tsunami.

While most foreign arrivals last year were from Asian countries -- with only 7 percent from traditional rugby nations such as Britain -- Shimazu says the Rugby World Cup will allow Japan to introduce its attractions to first-time visitors.

"I'm sure the lineup of inbound tourists will change drastically with the Rugby World Cup in Japan and that will be a big legacy to be left after the tournament," he said, adding it will pave the way as Japan continues to host sporting events beyond the 2020 Tokyo Olympics.

"(The World Cup) period will be the most wonderful time of the year in Japan. I hope everyone will enjoy the rugby games but also the entire country." 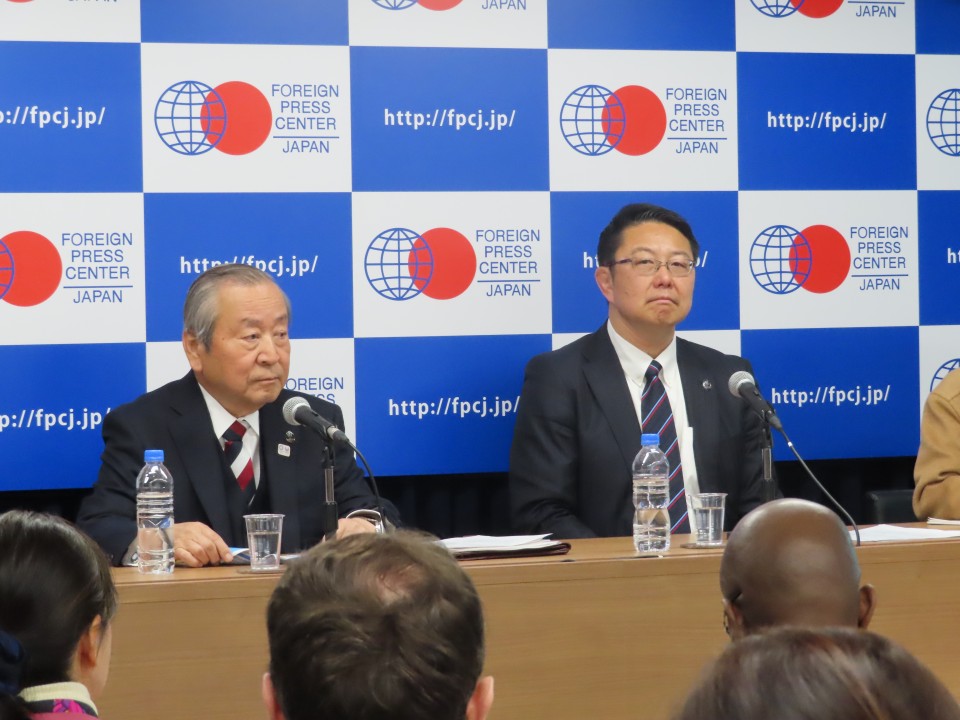 The Sept. 20-Nov. 2 tournament, the first Rugby World Cup hosted in Asia, will see 20 teams contesting 48 matches in 12 cities stretching from Japan's northern main island of Hokkaido to Kyushu in the southwest.

Kamaishi, where more than 1,000 people died as a result of the March 11, 2011 disaster, hopes that hosting the tournament will help revitalize the city through the power of sport. It will host two group matches at the newly built Kamaishi Recovery Memorial Stadium, the smallest venue among the 12 with 16,000 seats.

The idea of hosting the Rugby World Cup drew sharp reactions in the rugby-mad city. But Yoshihiko Sakuraba, the general manager of local professional club Kamaishi Seawaves, said the tournament has helped speed up reconstruction efforts.

"The speed accelerated because 2019 was set as a specific target," he said. "The linkage of roads and railway track has progressed quicker than before and compared to other cities in the area, Kamaishi has been speeding up its reconstruction efforts."

The 2015 World Cup in England hosted more than 2.4 million spectators at its venues, in addition to some 4 billion TV viewers from around the world, according to local organizers.

Shimazu said although Japan's largest venue, the roughly 72,000-seat International Stadium Yokohama, was smaller than the biggest in England, the tournament would make history as the first held outside a traditional rugby power.

"The previous tournament in England was wonderful. It is considered a record-breaking tournament in the history of the World Cup," Shimazu said.

"The 2019 tournament should not be compared to the previous edition though, in terms of scale or the number of spectators, because we aim to make it a ground-breaking tournament."