Nanako Fujita said Thursday that victory will be uppermost in her mind when she makes history this weekend as the first female Japan Racing Association jockey to compete in a Grade 1 race.

The 21-year-old, who holds the JRA record for most wins by a female jockey with her 50th winner on Feb. 9, will make her G1 debut on Copano Kicking in the February Stakes at Tokyo Racecourse on Sunday.

"I have an image in my head of crossing the line first and winning the race," Fujita said at a press conference at the Kokura Racecourse. "I will try hard to just ride our own race." 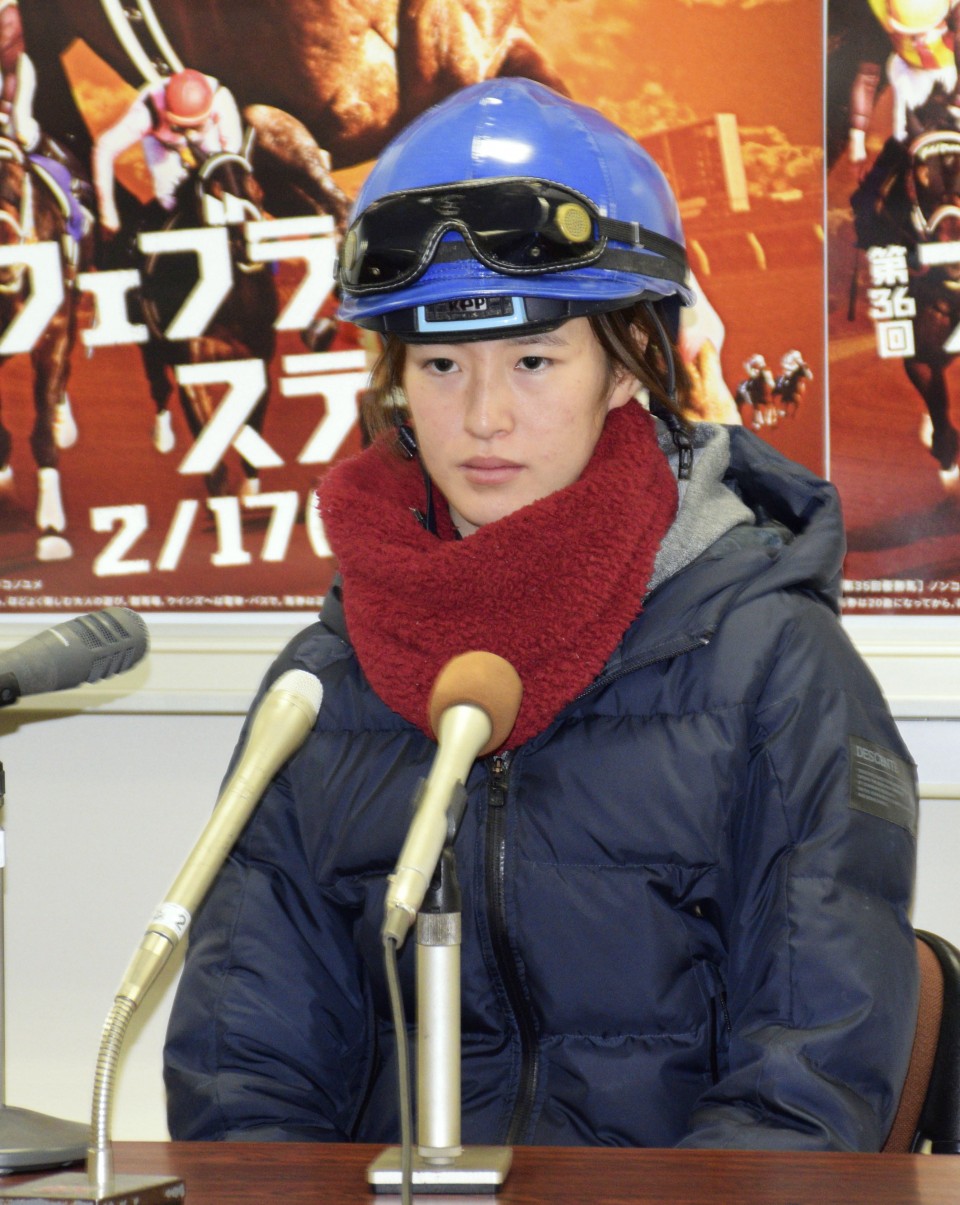 Fujita, who obtained her JRA license in 2016, admitted to feeling some nerves ahead of the 1,600-meter race.

"I feel nervous and excited, but the feeling of excitement is stronger," she said.

The race will be her first on Copano Kicking, who is on a four-win streak.

"I had heard he was a very tense horse, but he is calm and easy to ride," Fujita said.

Fujita rewrote the record for wins by a Japanese female jockey last August with her 35th career victory. She has since extended her total to 50 JRA wins and 70 overall, with 20 coming on the National Association of Racing circuit.