Japan's Nao Kodaira won the first 500 meters race and finished fourth in the 1,000 meters to position herself at the top of the women's standings at the ISU World Sprint Speed Skating Championships on Saturday. 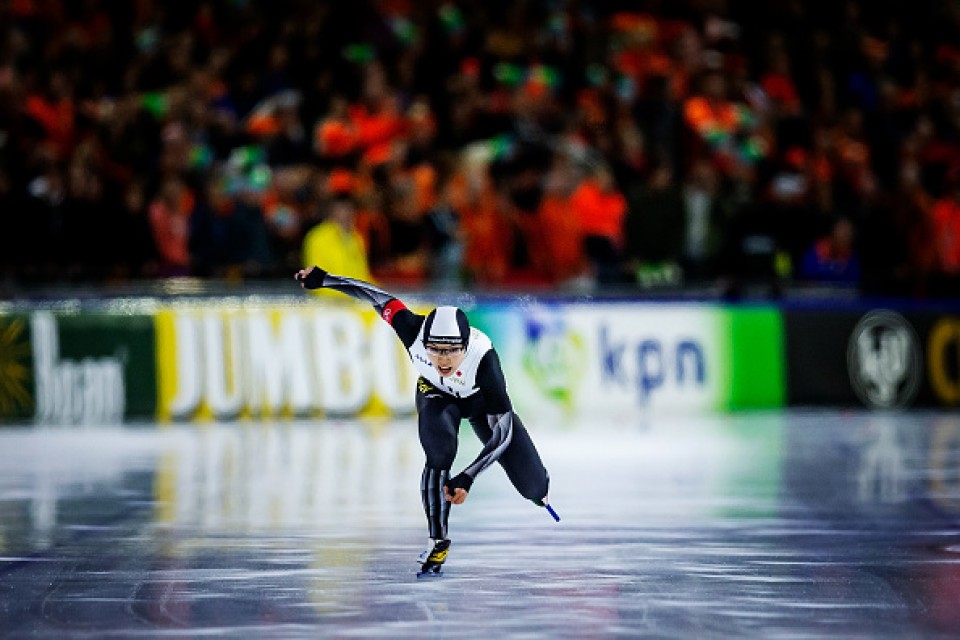 The 32-year-old Kodaira won the overall points title in 2017 but dropped out of the competition before the last event last year due to illness.

"I haven't returned to my best form yet but I was helped by the cheering," said Kodaira, whose 37-race unbeaten streak in the 500 ended Feb. 8 at the world single distances championships in Inzell, Germany.

"I was able to shift my mental gears (after losing the crown to Herzog in Inzell)," she said.

"I lost my balance when one of my boots broke near the 50-meter mark (in the 500 race). To be honest I thought that was the end of it. But I still have a chance for a podium finish. I'm going all out," said Shinhama, who was fifth in the 1,000, currently sitting in fourth overall.

Pavel Kulizhnikov of Russia, who took third in both races, leads the men's standings with 68.770 points.

At the world sprint championships, two 500-meter and two 1,000-meter races are held, with the champion crowned based on the cumulative ranking.