Anpanman, with his iconic round face and bright red nose, is arguably the king of cartoon characters in Japan.

The superhero with an "anpan," or Japanese sweet bean paste-filled pastry, for a head is literally everywhere, going beyond TV shows and children's books into daily life -- on supermarket shelves, at clinics and hospitals, and even on trains and buses. 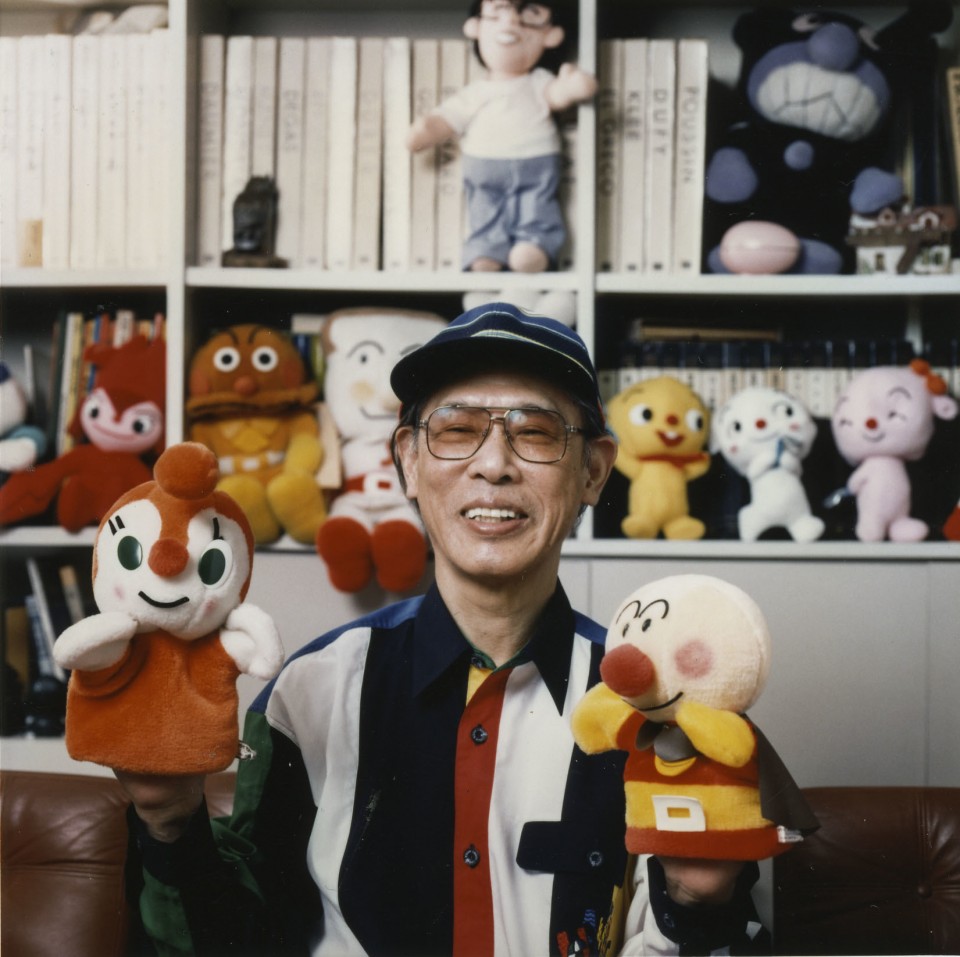 The "Soreike! Anpanman" TV series has continued to thrive for over three decades since it first aired in October 1988. Its message of "helping those in need" resonates well with adults as being educational, and its charming characters are loved by young children as well as their parents, often providing a source of comfort and courage to those suffering from trying circumstances such as after natural disasters.

Last September, at a gathering of parents and children in Hokkaido's Mukawa about two weeks after the town was devastated by a major earthquake, Kana Shimada spoke about how her daughter Reina, who was 6 months old at the time, suffered from constipation and had showed other signs of stress as a result of the quake.

"But if she cuddles her Anpanman doll, she sleeps well," the 28-year-old woman said. 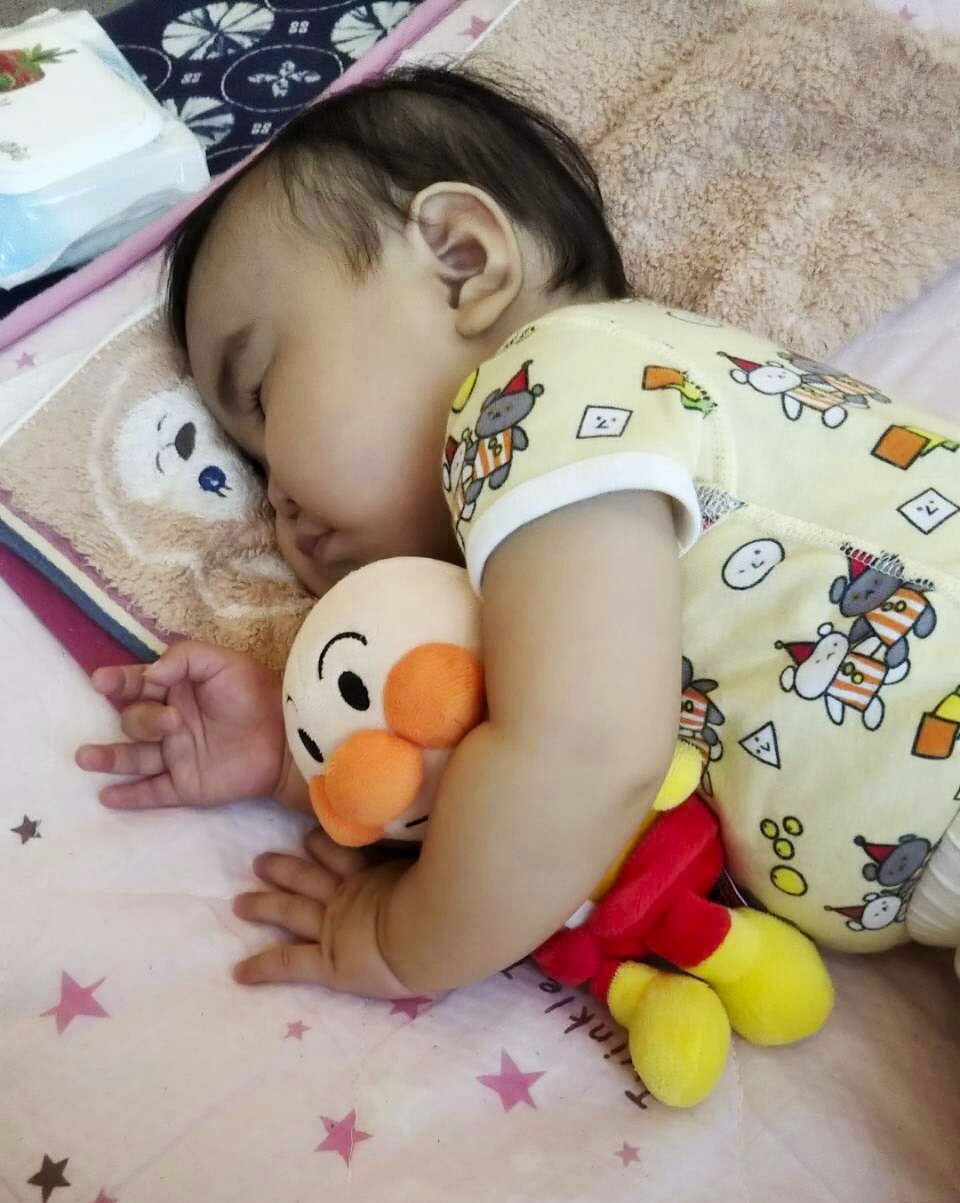 Izumi Uehara, an associate professor in developmental psychology at Ochanomizu University, said, "Human beings tend to favor gentle curves rather than sharp-cornered objects. So Anpanman, with its round face and other body parts, is very likable for small children from infancy."

In addition, small children tend to like things that their parents are affirmative about. "The best thing about Anpanman is that it's something that the children and their parents can enjoy together," Uehara explained.

The "Soreike! Anpanman" series set a new Guinness world record for the most number of characters in an anime -- with 1,768 characters -- as of June 2009. The number has grown even further since.

Among the characters in the series -- mainly inspired by various types of bread and pastries, or otherwise food related -- are Karepanman, whose head is made of curry-filled pastry; Meronpanna, whose face is a sweet bun with a thin crisp cookie dough resembling a melon; and Shokupanman, whose head is a slice of white bread.

This month marked the centenary of the birth of Anpanman's author, Takashi Yanase, a late-blooming manga artist who is also remembered for his believe in righteousness and his generosity in helping others in need.

Makoto Amano, an adviser at publisher Froebel-Kan Co.'s Anpanman division who has worked with Yanase over the years, said, "Through his own experience of serving in the (Japanese) military in China, Mr. Yanase came to question the concept of war in which the winning side is always justified and he contemplated what really is justice and righteousness."

Amano believes that Yanase, knowing firsthand what it was like to suffer from hunger during wartime, probably concluded that the absolute righteousness would be someone like Anpanman, who would offer part of his own body to help those who are starving.

In the cartoon, Anpanman breaks off pieces of his face to feed those in need and will go anywhere -- using his superhero flying cape -- to help anyone in trouble.

Meanwhile another main character Baikinman, literally "germ man," also plays a crucial role in the cartoon to convey Yanase's anti-war message. He is depicted as Anpanman's archrival, but his presence is important because "coexistence is essential" just as yeast is needed for bread-making, Amano recalled Yanase as saying.

"That's why (Yanase) never completely toppled Baikinman and always left room for him to revive" in the stories, said Amano. "I think it reflects (Yanase's) belief that killing one another is the worst."

Apart from Anpanman and his world of food-based friends and foes, Yanase has also produced a vast variety of other characters and mascots, such as for promoting his hometown and boosting the economies of other local communities.

"He was extremely hospitable," recalled Mamoru Tokuhisa, deputy head of a community planning committee in Yanase's hometown Gomen, a district of Nankoku, Kochi Prefecture. The artist had initiated events to promote the town and even designed a children's guardian deity character -- Gomen Ginger Jizo -- after being inspired by Kochi-made ginger candy favored by actress Keiko Toda, who plays the voice of Anpanman.

Yanase was already in his 70s when Anpanman became a big hit. Until then, he had been taking up all sorts of jobs such as stage design and screenwriting, whatever was offered. He continued with the same work attitude even after becoming famous, with the number of characters created during his entire career totaling some 3,000.

Among some of the well-known mascots that Yanase created for local companies and communities include the Pal Pal Family characters for an amusement park in Hamamatsu, as well as the Sasebo Burger Boy for Nagasaki Prefecture.

In his late years, Yanase's eyesight started deteriorating and he began thinking about retiring. But when a massive earthquake and tsunami devastated vast areas of northeastern Japan in 2011, Yanase -- 92 at the time -- decided it was not yet time for him to call it quits.

Instead of just donating money to the affected areas, Yanase made sure his contributions would be sustainable and for the long term.

For example, for Rikuzentakata, one of the worst-hit cities in the disaster, Yanase created a character based on the lone "miracle pine" that survived the tsunami there and made handkerchiefs and bandanas to donate. To this day, goods bearing the character are still being sold in shops in Rikuzentakata and are contributing to the local economy.

"(Mr. Yanase) has said that he somehow saw in the miracle pine his own self, being the last one to survive at his old age," recalled Mitsuo Kikuchi, a former Rikuzentakata senior official.

Yanase, who died in 2013 at age 94, did not have any offspring, but he loved his characters as if they were his own children.

He often used to tell people, "I give birth to these characters, but it is you all who help raise them." Indeed, Yanase's footprints -- through Anpanman and all the other characters he has produced -- remain all over Japan even now. 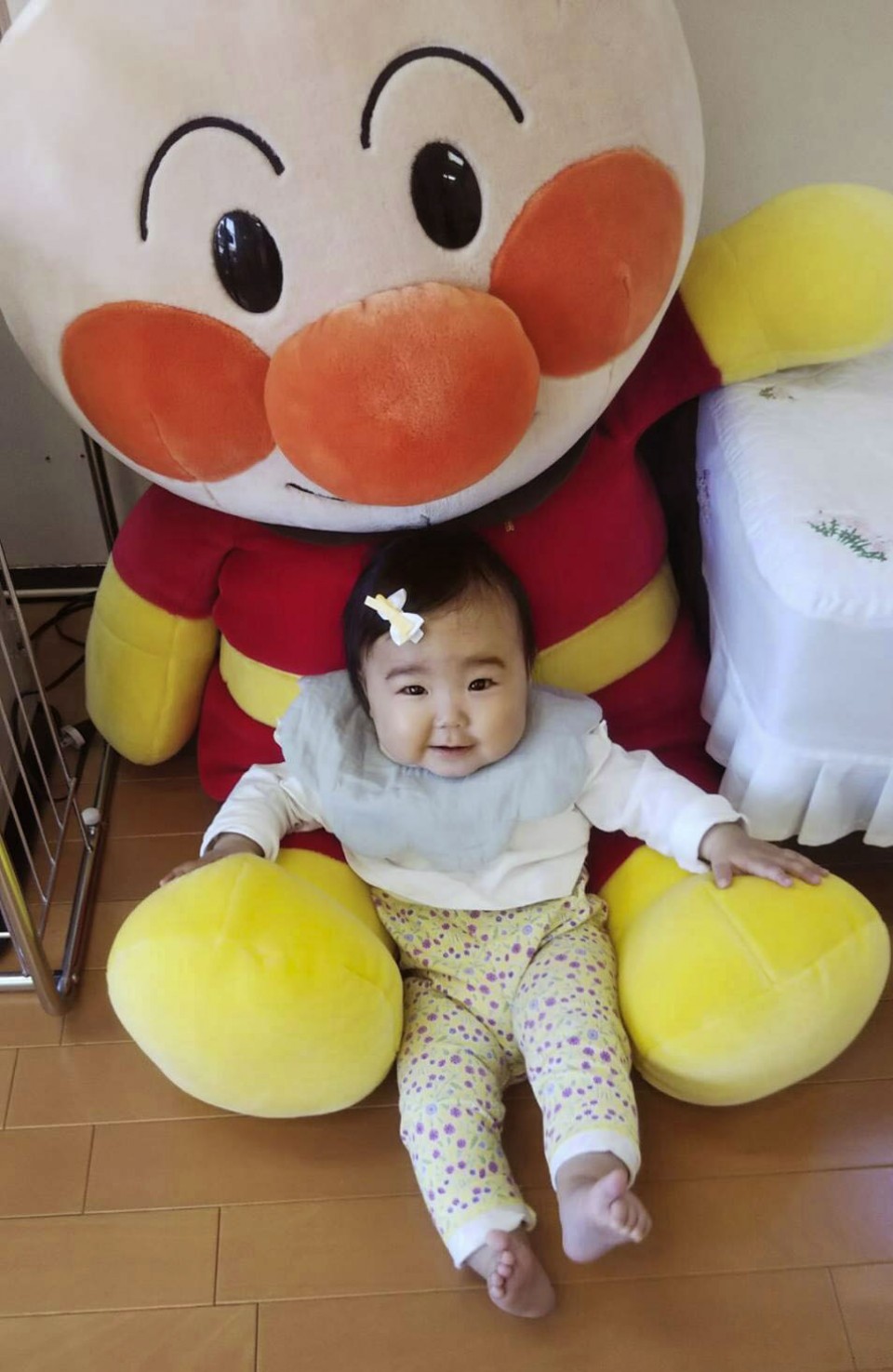