Animation giant Hayao Miyazaki depicted leprosy patients in his blockbuster film "Princess Mononoke" (Mononoke Hime) because he wanted to shed light on the little-known history of people who were discriminated against in Japan, he said during a recent event.

Stories about the old days in Japan depicted in TV dramas and other media typically focus on samurai warriors and farmers, Miyazaki said in a lecture he delivered at the National Hansen's Disease Museum in Higashimurayama, western Tokyo. 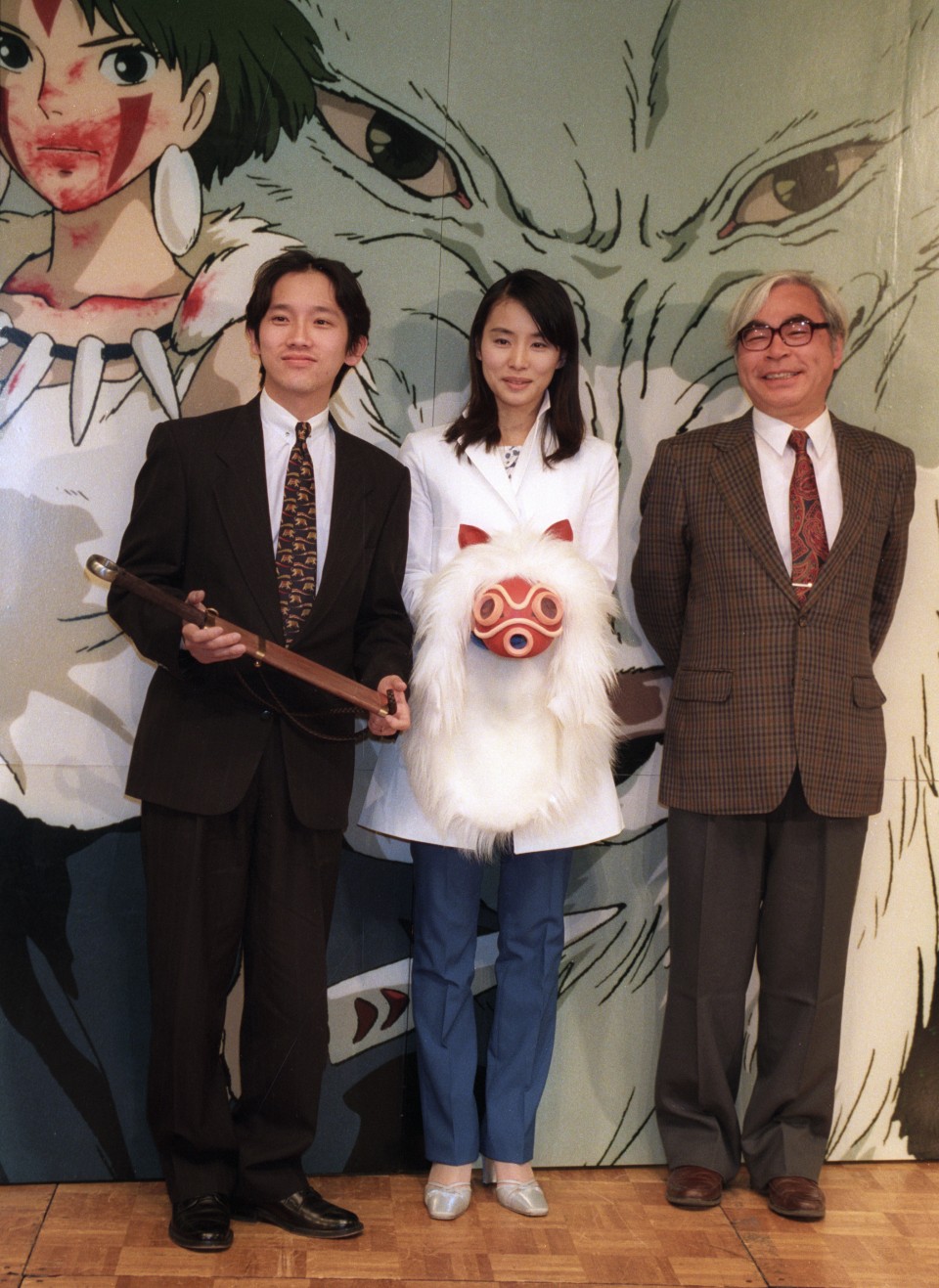 (Hayao Miyazaki, right, during a promotional event in 1997)

The museum is adjacent to a 110-year-old leprosy sanatorium called Tama Zenshoen, which effectively functioned as a segregation facility for much of its history and witnessed human rights abuses caused by prejudice and discrimination.

"I thought it would be wrong to make a story about the old days that only featured samurai warriors and farmers, even though (society included) a wider variety of people," Miyazaki said, looking back on the process of formulating the plot of the film, which was released in 1997.

"And if you want to create a world (in film) featuring people with an obscure place in history, you have to come face to face with Hansen's disease, I thought. It would be nonsense, otherwise," Miyazaki, 78, said.

Miyazaki said he had known of the sanatorium for decades because, as a resident of the nearby city of Tokorozawa, he passed it on his way to his child's nursery school and his workplace, Studio Ghibli.

But he said he hesitated about entering the premises "for a long time," even after he learned the disease was now curable.

"I had no idea at the time about how I should behave when meeting people who were segregated there," he said, referring to the state-run sanatorium that, at its peak, accommodated 1,518 patients.

Miyazaki then met Osamu Sagawa, a Zenshoen resident who headed its residents' association, and through his visits to the sanatorium became friends with him.

According to museum officials, Miyazaki invited Sagawa to his home twice before Sagawa's death on Jan. 24, 2018, at the age of 86.

"When I was making Mononoke Hime, I often visited a memorial" to people who died in the sanatorium, Miyazaki said.

Miyazaki met Sagawa for the last time at a hospital in the sanatorium after he was notified one snowy night that his longtime friend was in a critical condition.

"I saw a part of the bone exposed on one of his fingers where the flesh had gone. I rubbed his hand and said, 'Thank you, Mr. Sagawa.' My encounter with him has been important to me," a tearful Miyazaki said.

Miyazaki delivered his lecture in front of around 200 people during an event on Jan. 27 to mark the first anniversary of Sagawa's death.

At the end of the event Miyazaki handed Sagawa's wife Sachiko a picture drawn by Studio Ghibli artist Noboru Yoshida. 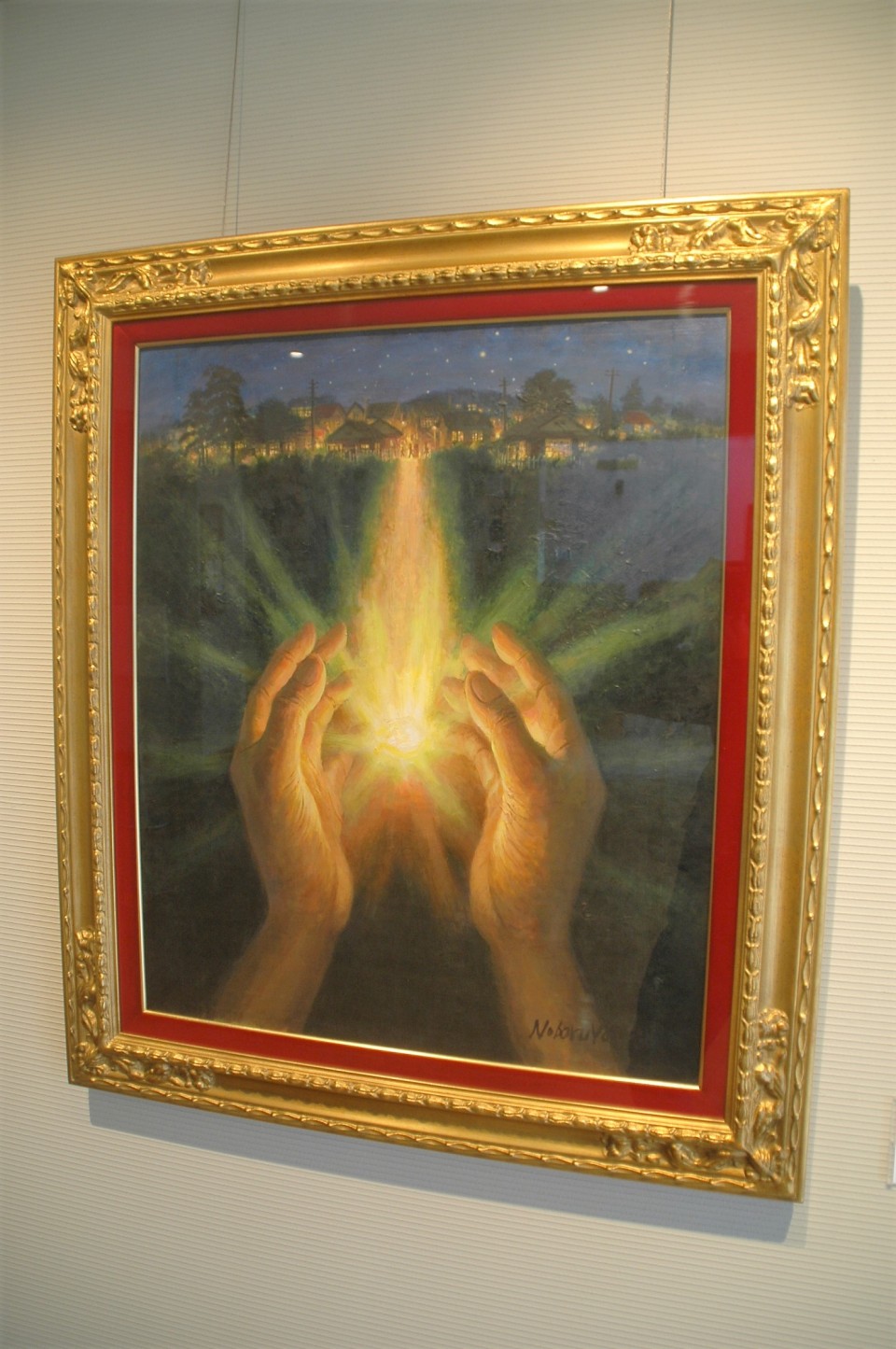 The picture, "Puromin no hikari" (The Light of Promin) expresses the joy of Hansen's disease patients at the development of the U.S. drug Promin, which offered the hope of a cure and was first given to patients in Japan after the war.

The painting is now on display at the museum, which plans to play the video of Miyazaki's lecture on Feb. 24, March 10 and 24, according to its spokesman Takumi Kiyohara.

The average age of residents at a total of 14 sanatoriums nationwide originally established as leprosaria has topped 85.

"We hope the release of lectures by noted people such as Mr. Miyazaki will help hand down various lessons concerning the disease and discrimination to younger generations," Kiyohara said.

The law authorizing the segregation of leprosy patients was abolished in 1996 and many events have been held since to restore the honor of those incarcerated in the past, according to the museum. 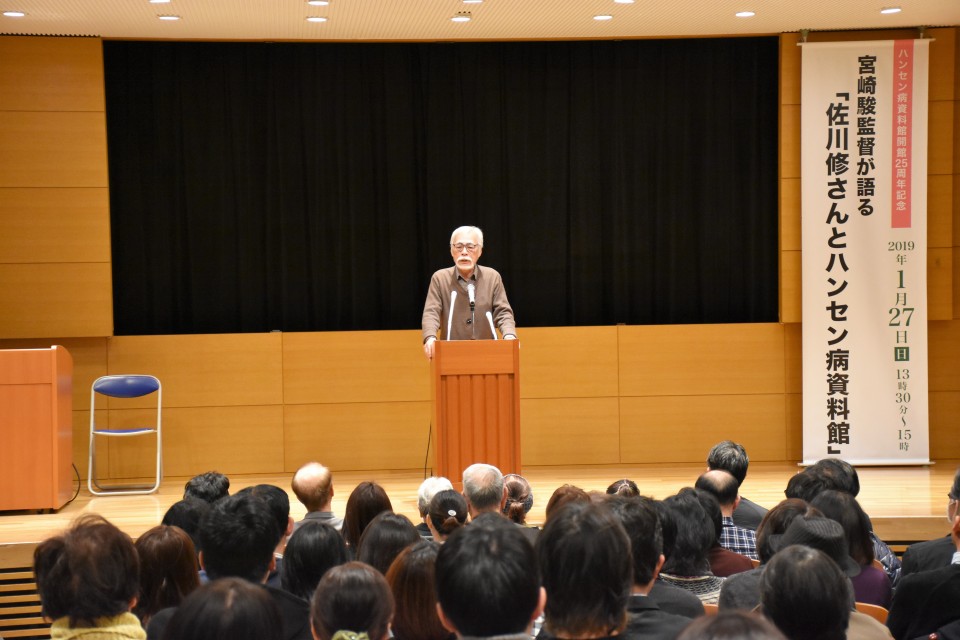