Kawasaki Frontale opened their campaign for a third-straight J-League title with a scoreless draw Saturday against an FC Tokyo side energized by the inclusion of teenage star Takefusa Kubo.

In the local derby dubbed the "Tamagawa Classico" after the river dividing the two clubs, Frontale took the upper hand in the second half at Todoroki Stadium following a strong start by the visitors.

FC Tokyo manager Kenta Hasegawa started 17-year-old wunderkind Kubo on the right wing and the former Barcelona junior was quick to display the skills that have made him a target for several big-name European clubs. 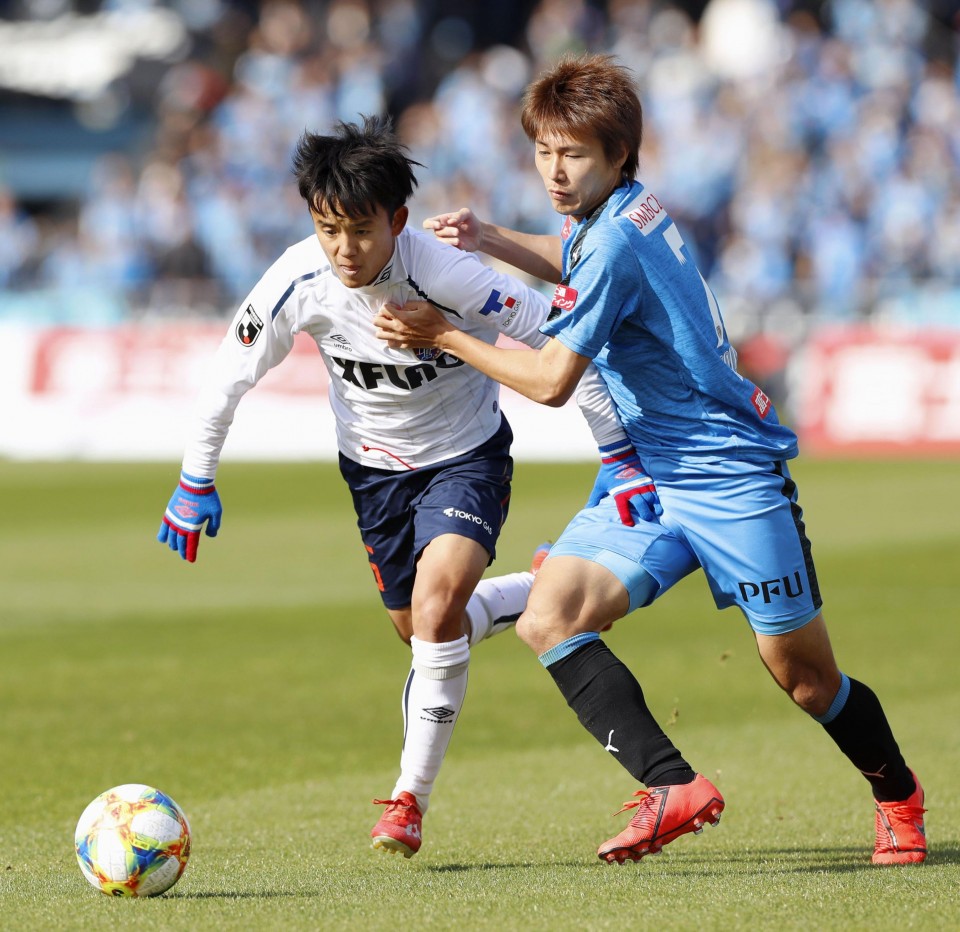 In his first league match back from a loan spell with Yokohama F Marinos, Kubo put the Frontale defense under pressure with his speed and control in tight spaces.

Kubo, a Kawasaki native, created an early chance for forward Diego Oliveira, making a penetrating run before laying off inside the area, but the Brazilian shot straight at Frontale keeper Jung Sung Ryong.

Kubo came close to scoring five minutes before the break, rattling the right post with a fiercely curled free kick from just outside the box.

Frontale had their best chance of the first half in the 30th minute when captain Yu Kobayashi forced a save from FC Tokyo keeper Akihiro Hayashi from close range. 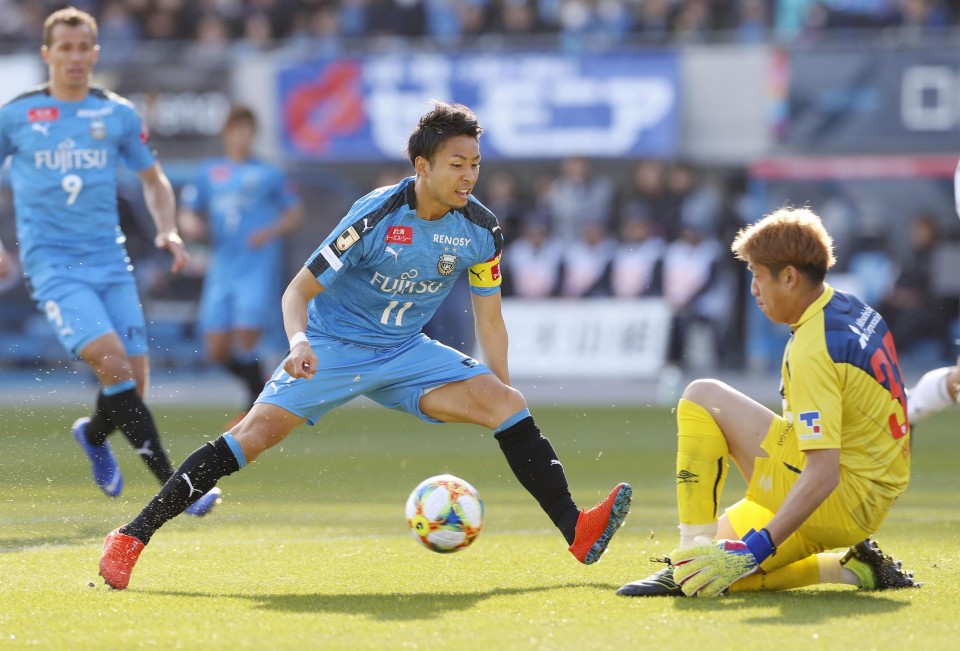 Showing more resolve after the break, the hosts threatened early through Kobayashi and newly signed Brazilian right back Maguinho.

Hayashi foiled Kobayashi again four minutes into the half, touching a close-range shot over the bar with his fingertips.

Frontale had a penalty appeal turned down in the 65th minute when an attempted cross from Leandro Damiao appeared to hit the arm of defender Masato Morishige.

The J-League has yet to introduce the video assistant referee, but is set to begin trialing the system this year in the Levain Cup playoffs.

Despite having been the outstanding player for much of the match, a disappointed Kubo said he felt "neither good nor bad" about his own performance.

"The result is the most important thing, so I would have liked to have scored from the free kick," he said. "At first I thought it was going in, but unfortunately it was off course."

Having watched the derby as a child, Kubo said playing in the match had personal significance.

"I was thinking before today's game, I came and watched this game seven years ago. Now, seven years later, I feel like I've caught up to the players I was watching."

Kubo, who earned the nickname "Japanese Messi" after being invited to the Barcelona youth academy at age 9, has been linked with a move back to the Catalan glamor club later this year.

He spent three years with the Barcelona youth academy but returned to Japan after the club was hit by a transfer ban for breaching FIFA rules on the recruitment of junior players from overseas.

In other matches Saturday, Urawa Reds also started the season with a scoreless draw away to Vegalta Sendai.

Nagoya Grampus were the biggest winners of the opening round, beating Sagan Tosu 4-0 on the road with all goals, including two from 2018 scoring leader Jo, coming in the second half.

Newly promoted Oita Trinita started their first J1 campaign since 2013 on a strong note, beating Kashima Antlers 2-1 away thanks to a brace from Noriaki Fujimoto.

At Panasonic Stadium, Yokohama F Marinos conceded in the opening minute but eventually ran out 3-2 winners over Gamba Osaka.

Sanfrecce Hiroshima and Shimizu S-Pulse finished in a 1-1 deadlock, as did Jubilo Iwata and promoted Matsumoto Yamaga.