An anonymous donation of around 100 million yen ($900,000) in old banknotes has been delivered to the Ehime prefectural government in western Japan, it said Thursday.

The prefectural government intends to use the money to finance rebuilding from last summer's heavy rain in the region, Gov. Tokihiro Nakamura said at a press conference.

A cardboard box addressed to the governor containing wads of 10,000 yen banknotes arrived at the prefectural government office on Jan. 29. In a handwritten letter in the box, the donor asked for the money to be put to good use, according to the prefecture.

As some of the faded banknotes are stuck together and difficult to separate, the prefectural government will ask the Bank of Japan to verify their authenticity and replace them with new ones.

"We will use it for the welfare of people in the prefecture in accordance with the donor's desire," Nakamura said. 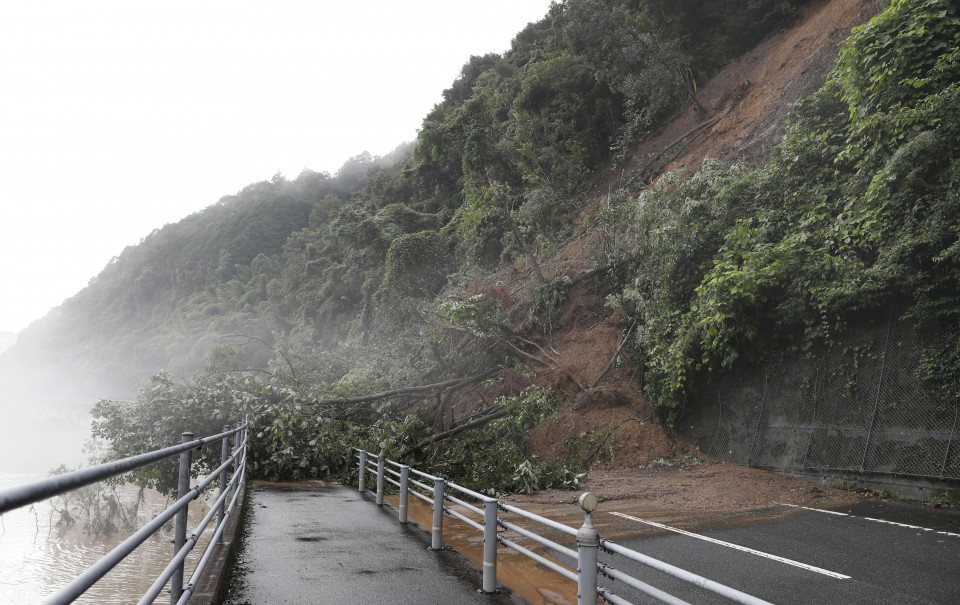 (A road is blocked by a landslide in Ehime Prefecture in July, 2018, following torrential rains that hit a wide area of western Japan)

A record 3,451 mudslide disasters occurred in Japan in 2018 due to torrential rain in the west of the country.

According to land ministry data, 161 people died in mudslides, the third highest on record, and 1,443 homes were damaged or destroyed. 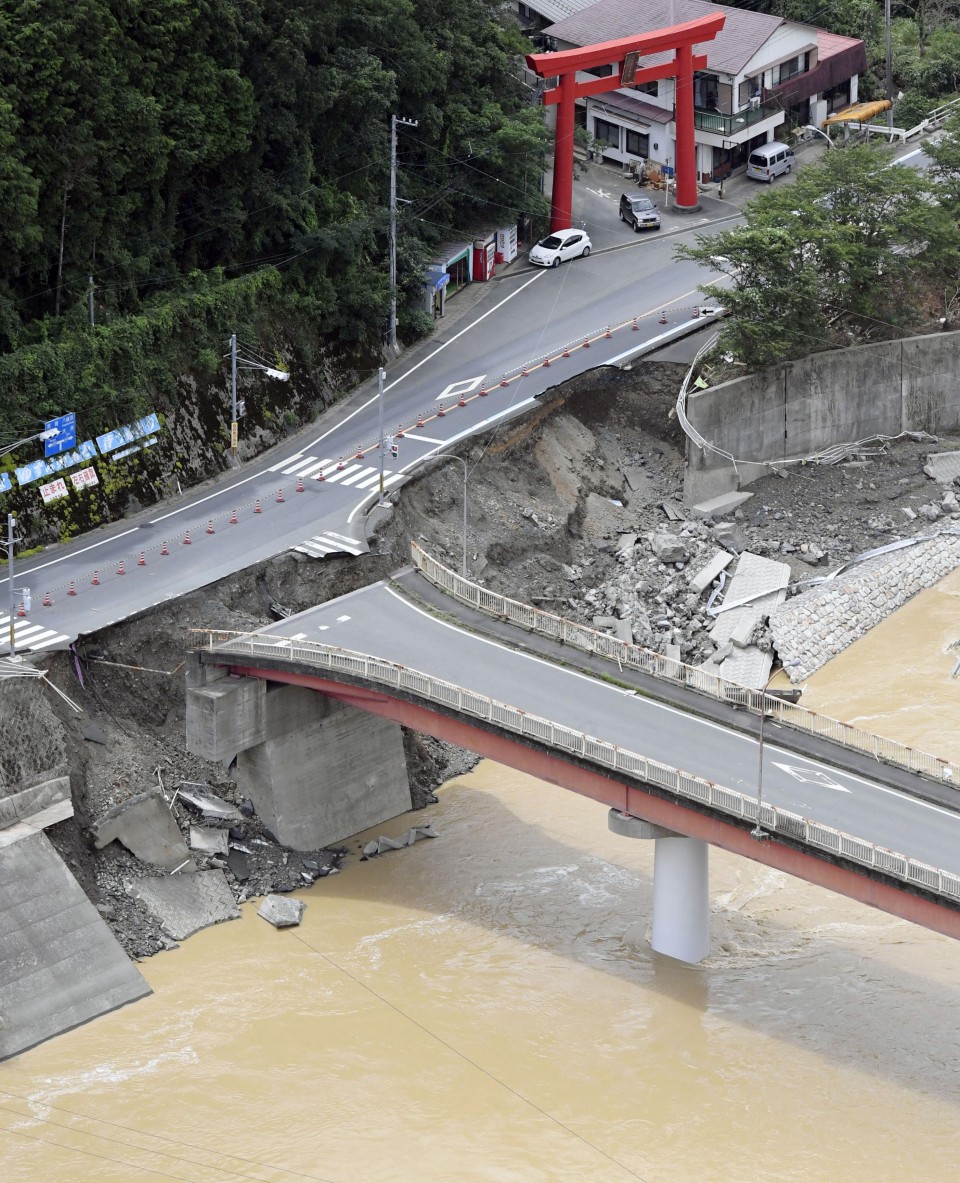 Over 250 schools in Japan damaged in rain disaster