Nissan Motor Co.'s former boss Carlos Ghosn planned to extend a loan of 3 billion yen ($27 million) to a Saudi businessman through the automaker, possibly to use as collateral for his private investment contract, sources close to the matter said Wednesday.

Tokyo prosecutors have arrested Ghosn for allegedly transferring personal investment losses to Nissan during the 2008 global financial crisis and causing damage to the company by having it pay $14.7 million to Khaled Al-Juffali, the businessman who guaranteed credit for Ghosn, between 2009 and 2012.

The plan to extend a loan of 3 billion yen to Al-Juffali did not materialize as Nissan felt there would be legal problems, the sources said.

Ghosn compiled a document to extend a loan of 3 billion yen to Al-Juffali's company in January 2009 after being asked for additional collateral by Tokyo-based Shinsei Bank, with which he had the currency swap contract that incurred an appraisal loss of 1.85 billion yen due to the financial crisis, according to the sources.

The contract was shifted to Nissan in October 2008 from Ghosn's private asset management company and was transferred back to the management firm in February 2009 after Al-Juffali guaranteed credit.

Separately, other sources said Nissan has also disbursed some 3.5 billion yen to a company operated by another acquaintance of Ghosn in Oman that acted as a dealer for Nissan. 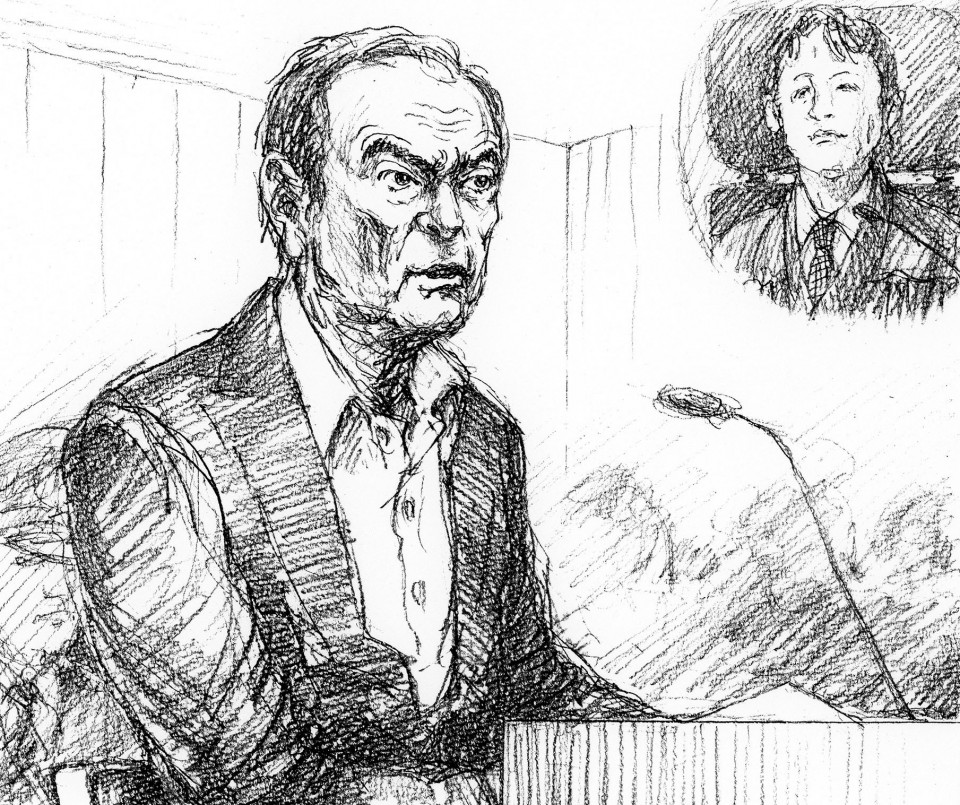 Prosecutors are investigating whether Ghosn instructed the payment as it came from "CEO reserve," a fund pool that then CEO Ghosn had control of.

In a Tokyo court hearing Tuesday where he made his first public appearance since his arrest in November, Ghosn denied that the $14.7 million payment in question was in exchange for guaranteeing credit.

Ghosn claimed it was proper compensation for business activities in the Middle East, including resolving a dispute with a local dealer.

He has also told the prosecutors he transferred the private investment contract to the company only temporarily to earn the automaker's creditworthiness, but intended to return it to his asset management firm from the beginning, the sources said.

At the Tokyo District Court hearing, Ghosn asserted he is innocent and insisted that Nissan incurred no losses from his private investment contract.

The court proceedings were held following a request from Ghosn's lawyers to explain reasons for his detention that has been prolonged to around 50 days. The judge said Ghosn has been held out of fears he may destroy evidence and flee Japan.

After the hearing, the lawyers also asked the court to end his detention but the request was dismissed on Wednesday.

During a press conference on Tuesday, Motonari Otsuru, the chief lawyer of Ghosn's defense team, said his client could remain in detention in Tokyo for at least another six months until his trial begins, citing the complexity of the case involving documents in both Japanese and English.

Otsuru said the court is also unlikely to grant Ghosn bail before then because he categorically denies all allegations against him.

Ghosn has been detained since Nov. 19 when he and his close aide Greg Kelly were initially arrested that day on suspicion of understating the former chairman's 10 billion yen remuneration by roughly 5 billion yen in Nissan's securities reports during the five years through March 2015.

The two were charged on Dec. 10 and served with fresh arrest warrants for similar alleged misconduct during the three years through last March.

Ghosn's detention was further extended after he was served with a third arrest warrant on Dec. 21 for alleged aggravated breach of trust involving the transfer of personal investment losses to Nissan in 2008.

His current detention period ends on Friday, by when the prosecutors must decide whether to indict him on a charge of breach of trust.

While Nissan removed Ghosn as chairman on Nov. 22 following an internal probe which it said has confirmed his alleged misdeeds, the company has launched an intensive investigation into the issue and plans to release its findings once it is complete, company sources said.

The investigation is being carried out under the instruction of CEO Hiroto Saikawa, with more than 100 employees assigned to look into the alleged wrongdoings of the Brazilian-French-Lebanese former boss at the company, the sources said.

The move is apparently intended to justify Nissan's quick dismissal of Ghosn from his post despite his consistent denial of the allegations. Ghosn remains chairman and CEO of Nissan's alliance partner Renault SA.