Japan's government said Friday it will conduct a sweeping review of key statistics after the labor ministry was revealed to have published faulty jobs data for more than a decade.

"It's very regrettable that we have a situation that impairs the credibility of our statistics," Chief Cabinet Secretary Yoshihide Suga told a press briefing.

The government lists 56 reports as key statistics, ranging from gross domestic product and the population census to data on dairy products. 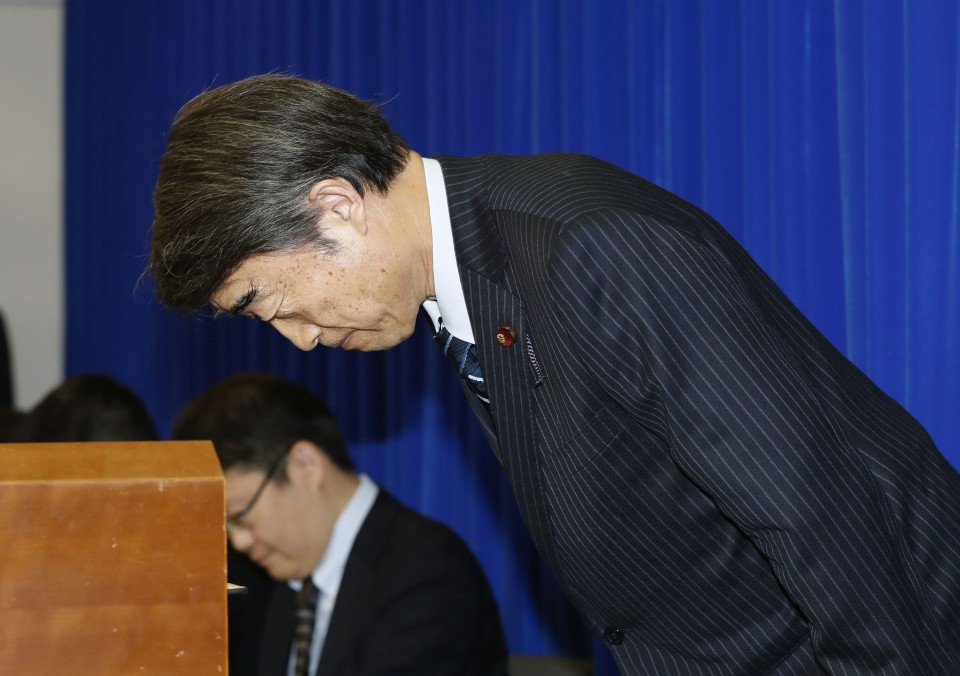 Suga also said the government will rework the state budget for fiscal 2019 to include the cost of reimbursing people who did not receive enough benefits due to the faulty jobs data.

The Ministry of Health, Labor and Welfare admitted Friday that it had failed to pay more than 53 billion yen ($490 million) in unemployment insurance, workers' compensation and sailors' insurance to nearly 20 million people beginning in 2004.

The issue came to light after it was revealed that the ministry had published its monthly labor survey without collecting enough data.

Under existing rules, the ministry must review all business establishments in the country with 500 or more employees. But in Tokyo, it had collected data from only a third of the roughly 1,400 establishments located in the capital, leading the data to show nationwide wages as lower than they actually were.

The ministry said members of staff involved in compiling the survey results began the practice in 2004 and continued through 2017 until it was discovered internally.

The issue was not made public, however, and the ministry continued to publish the survey using specialized software to make it appear as if it had collected the necessary data until the Ministry of Internal Affairs and Communications found an inconsistency in December.

Labor minister Takumi Nemoto apologized Friday for the faulty data but denied that his ministry had tried to cover up the issue systematically.

He said the ministry would continue its investigation and may punish those found to be responsible.

The issue is likely to draw strong criticism from opposition lawmakers during the session, giving them ammunition ahead of local and national elections.

Of the nearly 20 million people affected, some 19 million were unable to receive a total of 28 billion yen in unemployment insurance benefits.

Among those entitled to workers' compensation, 270,000 people did not receive a combined 24 billion yen in disability pension benefits while 450,000 people lost out on 150 million yen in lost wage benefits.

A further 10,000 people who work on ships were unable to receive 1.6 billion yen in sailors' insurance benefits, and there were an additional 300,000 cases of business owners not receiving their share of 3 billion yen in employment adjustment subsidies.

Toshimitsu Motegi, minister of economic and fiscal policy, said Friday the Cabinet Office would need to correct figures on employee compensation which it publishes along with GDP every three months.