Eight members from a "kemari" preservation association demonstrated a game of ancient Japanese football during a New Year event Friday at a Shinto shrine in Kyoto, western Japan.

The players clad in ancient attire formed a circle and took turns kicking the ball covered with deer skin in a 15-meter-long square, pleasing tourists and visitors at Shimogamo Jinja in Kyoto's Sakyo Ward. 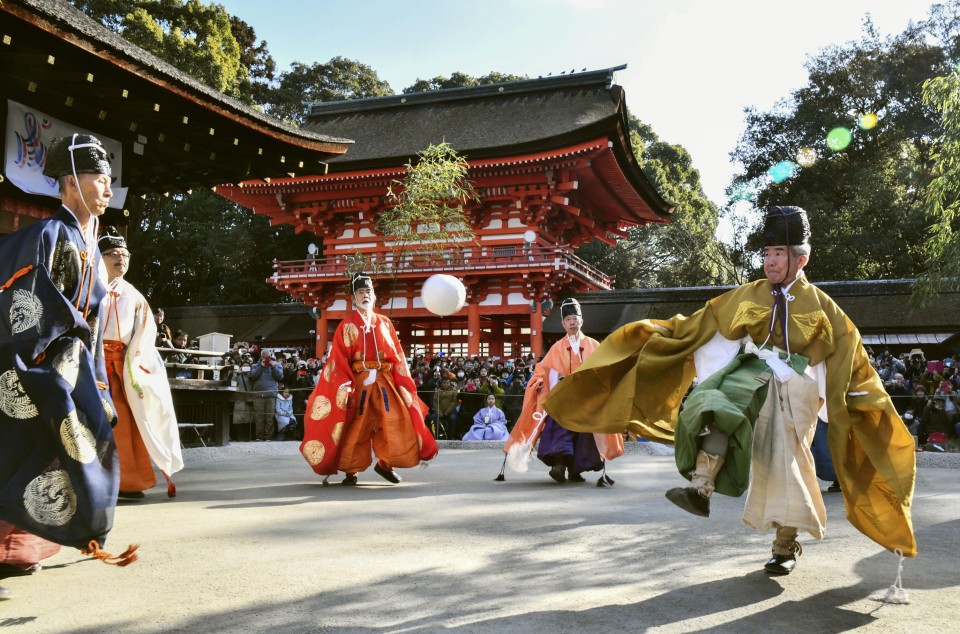 The game is believed to have come from China along with Buddhism some 1,400 years ago and became popular among nobles in the Heian era, which began in 794.

The Shukiku Hozonkai association was set up in 1903 on the order of Emperor Mutsuhito, posthumously called Emperor Meiji. 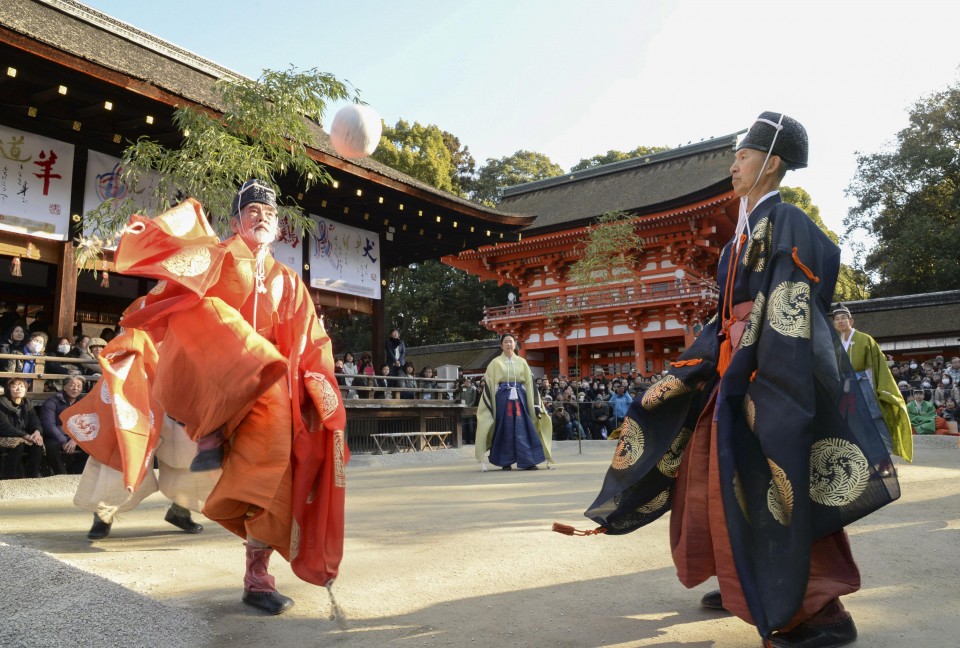 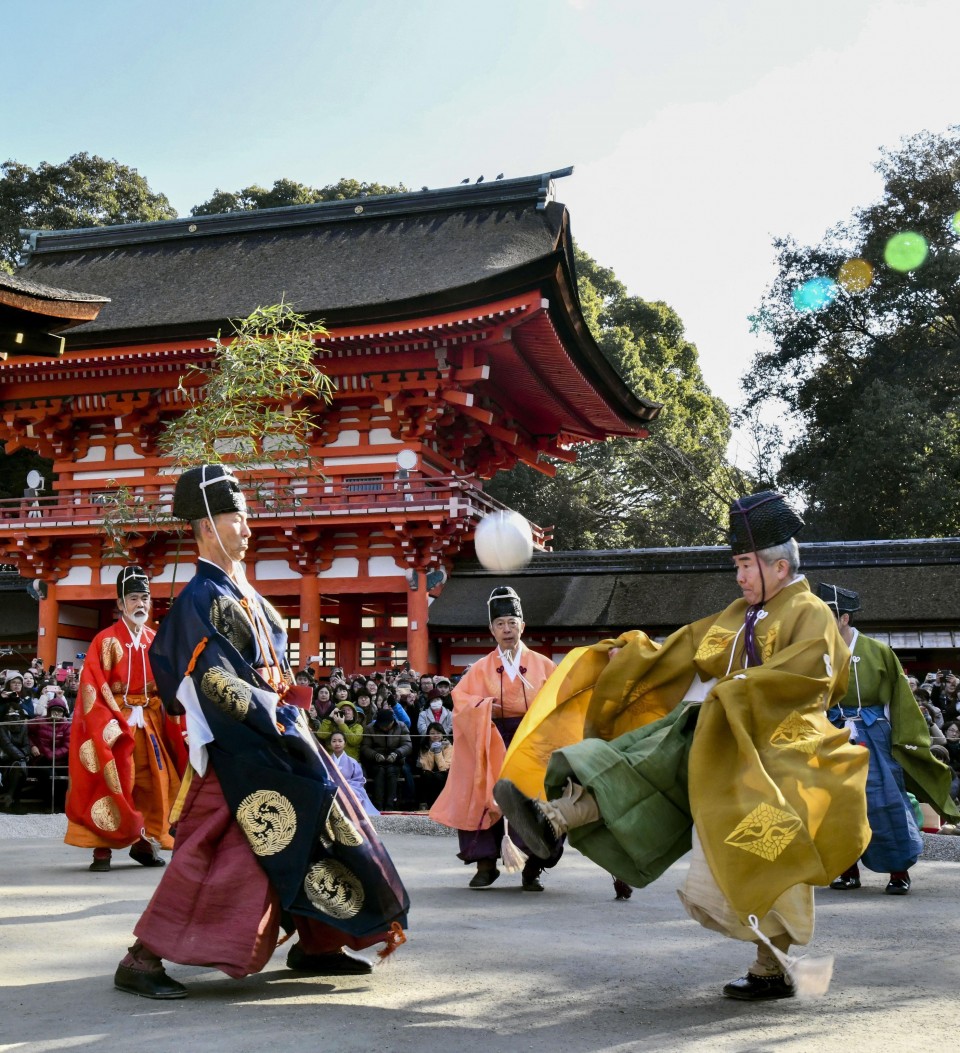