Yuya Osako scored a second-half brace before Ritsu Doan added a third as Japan battled from behind for a nervy 3-2 win over Group F underdogs Turkmenistan in their opening match of the AFC Asian Cup in the United Arab Emirates on Wednesday.

Coming into the match at Abu Dhabi's Al Nahyan Stadium as rank underdogs, Turkmenistan shocked the four-time champions by taking the lead in the 26th minute on a long-range strike by Arslanmurat Amanov.

The 28-year-old winger, who plays for Uzbekistani football club FK Bukhara, beat Japanese keeper Shuichi Gonda with a thunderous shot from five meters outside the box.

But Osako leveled the scores 11 minutes after the break with a poised finish inside the box. The Werder Bremen forward created room by switching from his left boot and firing with his right past Turkmenistan custodian Mamed Orazmuhamedov. 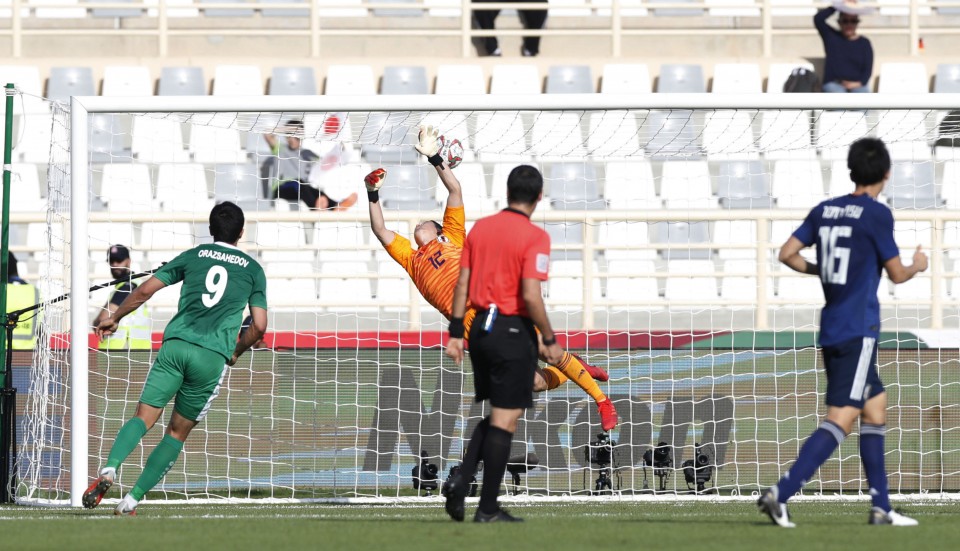 Osako struck again four minutes later, tapping in from directly in front after left-back Yuto Nagatomo beat a pair of defenders and jabbed a short cross from left of goal.

Doan netted his second international goal in the 71st minute with a deflected shot from the left of the area on an assist from Takumi Minamino.

But Japan had to survive a nervous ending to the match after Gonda tripped midfielder Altymyrat Annadurdyyev inside the box in the 78th minute, conceding a penalty that was converted by forward Ahmet Atayev.

Japan manager Hajime Moriyasu, who maintained his unbeaten record since taking the reins after last summer's World Cup in Russia, praised his side for gritting their way to victory against a physical and determined opponent.

"We managed to grind out the win but we knew how difficult the first game was going to be and what a tough tournament this is," the 50-year-old Moriyasu said. 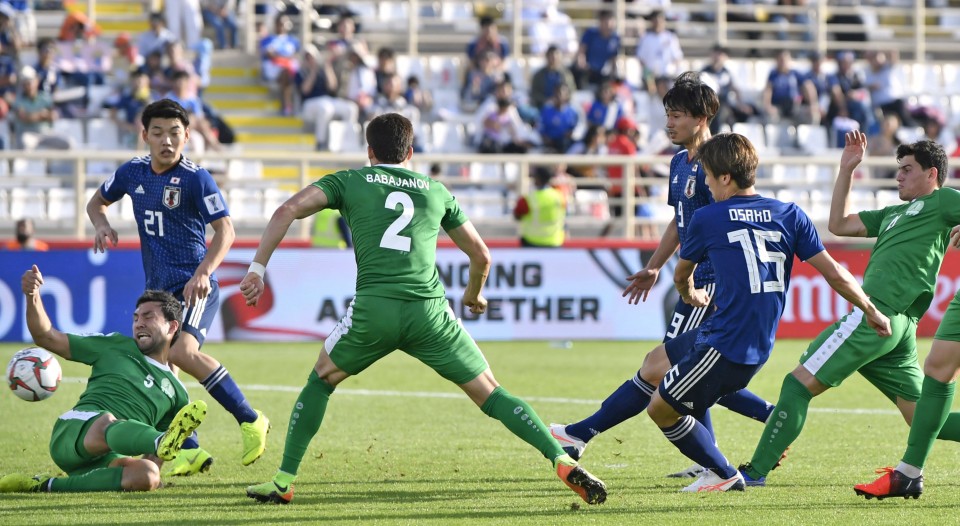 "Even after we went behind the players kept plugging away and battled as a team and I'm glad we were able to deliver a victory for our fans here and the fans watching back in Japan."

Despite being ranked 77 places below world No. 50 Japan, Yazguly Hojageldiyew's men looked to attack from the outset and showed no signs of being intimidated by their fancied opponents.

With rising star playmaker Shoya Nakajima out of the tournament with a calf injury, Moriyasu started World Cup veteran Genki Haraguchi alongside exciting newcomers Minamino and Doan in an attacking trio behind lone striker Osako. 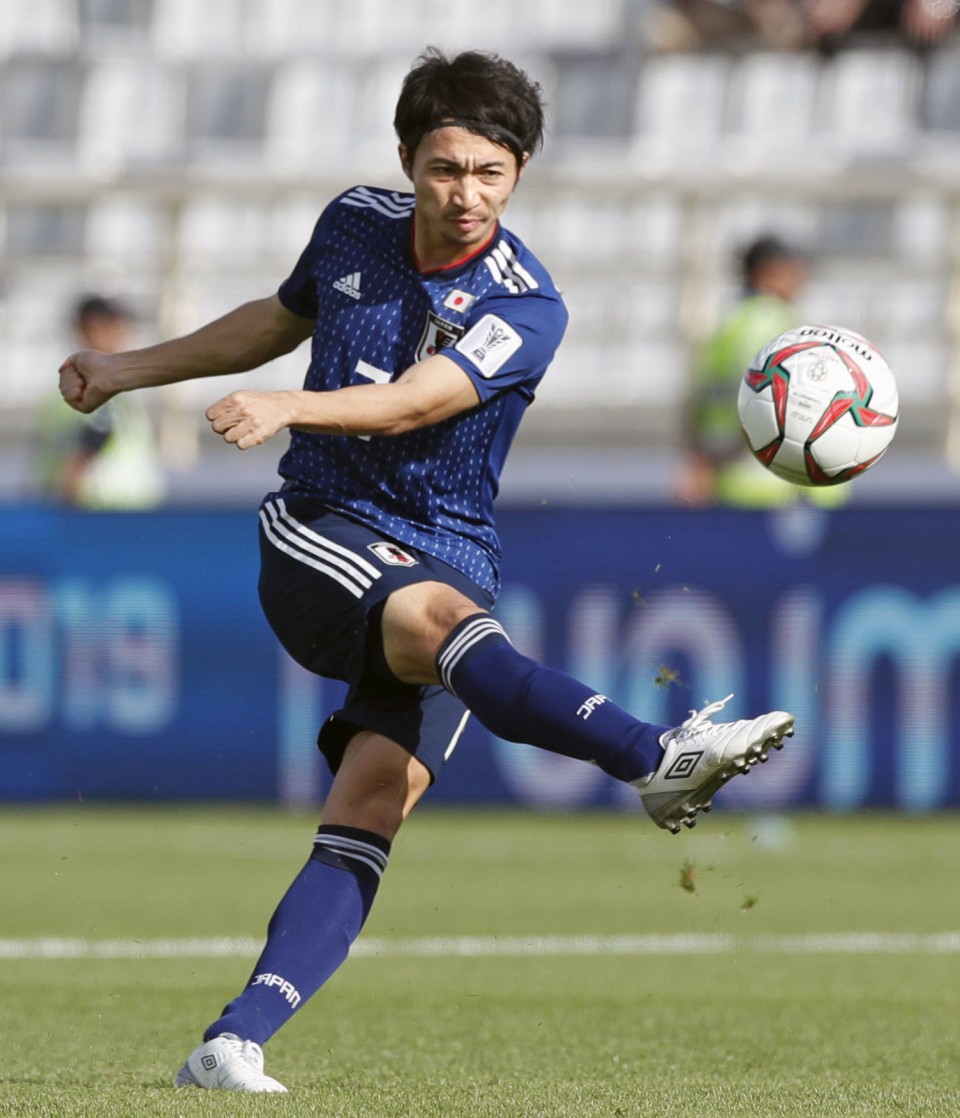 Osako, a standout at last summer's World Cup, was cleared to play after battling a right gluteal issue in the buildup to the match.

Japan's first chance came in the 12th minute when Doan outran his marker to a cross from Yuto Nagatomo but fired his header straight at Orazmuhamedov.

The Central Asians gave Japan a scare in the 17th minute when Vahyt Orazsakhedov forced a save from Gonda before Mekan Saparov headed over the bar from the subsequent corner.

Amanov raised hopes of a historic upset when his shot rocketed into the roof of the net off the gloves of new Portimonense signing Gonda, who will feel he should have kept the ball out.

Osako missed an equalizer in the 30th minute when he turned deftly inside the area but sent his shot just outside the upright.

The Samurai Blue are aiming to capture an unprecedented fifth Asian Cup while also making amends for their early exit from the previous tournament in Australia. 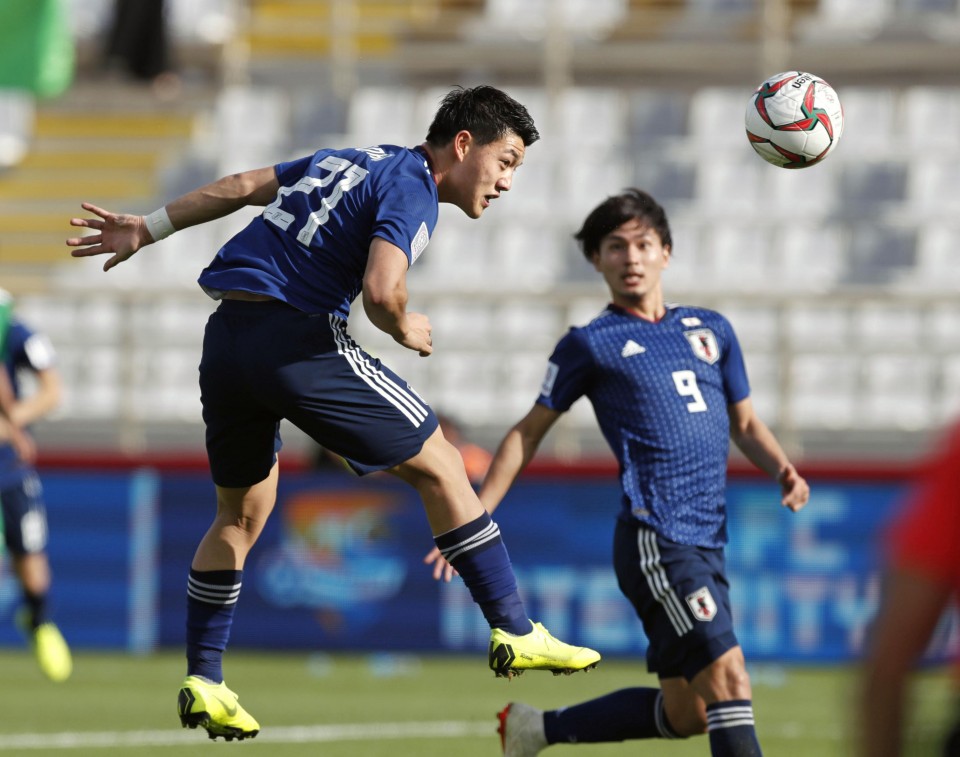 They became the latest of the tournament favorites to face a tough opening encounter after defending champions Australia suffered a 1-0 upset against Jordan, while South Korea battled for a 1-0 win against minnows the Philippines.

"We must improve every aspect of our game as we progress and for the next game (against Oman) we just have to make the best preparations we can and go for victory," Moriyasu said.

The top two teams in each of the six groups will advance to the knockout stage, along with the four best third-placed teams.