In a farm employing a sophisticated technique to develop cold-resistant bananas in Okayama Prefecture, western Japan, disabled people play a major role in the routine work of watering, fertilizing and removing yellowing leaves from the plants.

Every morning, several mentally disabled workers come to the banana farm of Chieko Saito, 54, in the city of Okayama, a 30-minute car ride from the welfare facility where they live. In the harvest season in the fall, more people from the facility pick the fruit there.

The workers cannot communicate well with others, but one of them said they found weeding "enjoyable."

The 54-year-old former nursery teacher with no prior farming experience established "Okayama Ohisama (Sun) Farm" in May 2017, hoping to promote social integration of people with disabilities by providing them with jobs growing bananas.

Saito used to work with disabled children in central Japan's Gifu Prefecture and even after quitting the job, she always thought about the future of those children. She then came up with the idea of doing something to find employment for the disabled.

After getting married, she moved to Okayama known as the "kingdom of fruits," and famous for its grapes and peaches. One day in winter, she was invited to visit a local banana grower who had adopted a special method to cultivate bananas in non-tropical areas.

With the "freeze thaw awakening" technique developed by Setsuzo Tanaka, 69, director and technology chief of D&T Farm Inc. and a native of Okayama, which involves freezing bananas' cells to minus 60 degrees over a half year and then thawing them inside a greenhouse, the tropical fruit can grow in the prefecture, where the temperature can drop below zero in winter.

Bananas are one of the most popular fruits in Japan, but domestic bananas, which are grown in such prefectures as Kagoshima and Okinawa, are rare and the country is almost totally dependent on imports from such tropical producers as the Philippines and Ecuador.

"It was like I was in Southeast Asia. I was shocked to learn that bananas could be grown in Okayama," Saito said of her first encounter to cold-resistant bananas. "I thought these bananas could help attract attention to the welfare for the disabled." 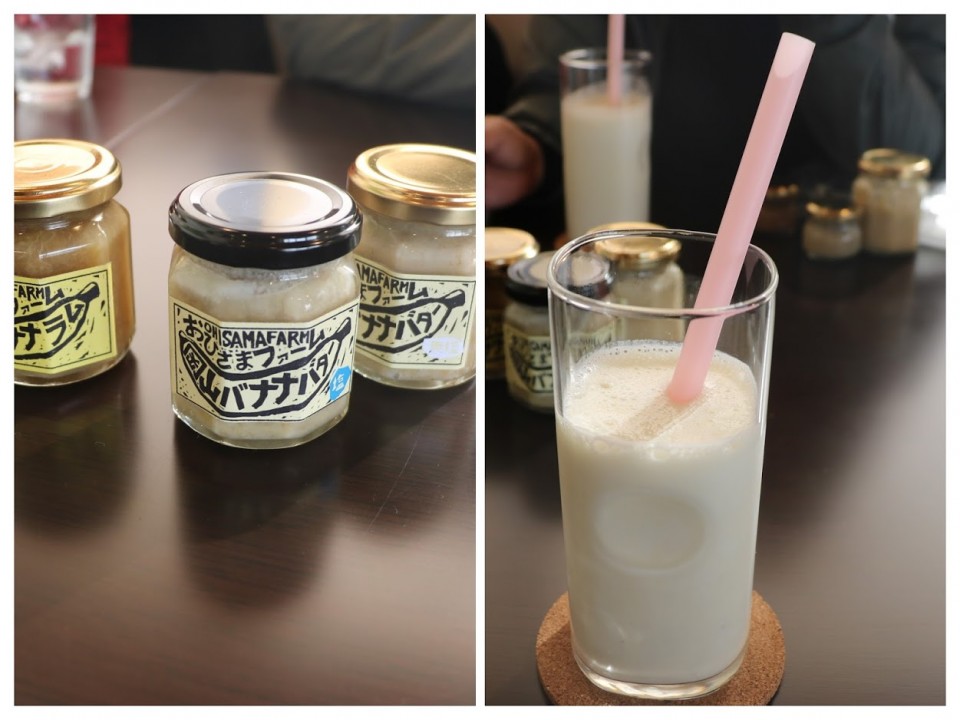 (From left, banana-rum jam, banana butter and smoothie, made from bananas grown at Saito's farm)

Saito is now a member of the "Women Who Farm" project organized by the agriculture ministry to connect female farmers from around Japan as well as link them with private companies and schools supporting the industry.

"The disabled and (welfare) facilities are not good at sales and marketing even if they make good products," Saito said. "If companies can back them up, that builds a win-win relationship."

Saito said she wants to help welfare facilities gain profits so that they can better finance living expenses for the disabled. Those institutions are basically run on government subsidies.

At her 4,000-square-meter greenhouse, 10 kilometers from the center of Okayama city, the cold-resistant bananas are grown without the use of pesticide and herbicide, enabling their skins to be also eaten.

Saito and workers at her farm planted seedlings in November 2017 bought from a local grower.

The chemical-free cultivation of bananas is laborious as workers have to remove grass and pests by hand from more than 220 plants at the farm. Each plant yields 150 to 200 skin-edible bananas in a typical harvest.

Online sales of the farm's bananas by retailers started in late December and Saito plans to launch a direct internet shopping site in the near future, setting the price at 600 yen ($5.40) for a single banana.

The taste of the cold-resistant bananas is richer and sweeter compared with conventional ones. The fruit from her farm is currently only available online, but Saito also plans to expand sales outlets to some shops and department stores.

Saito said her business has been maintained thanks to her hard-working staff. "When weeding, they really try hard and their skills are high," she said. "Even if they feel hot, they work silently with patience."

The president of the farm said she heard the parents of the disabled were very happy when bananas their children had grown were featured in magazines or a mail order catalog. "I really feel it's worth doing," she said of the banana project.

The disabled workers sometimes take the bananas back to the facility to make cakes and jam. They occasionally sell slices of banana cake for 200 yen and bottles of jam for 1,600 yen at the welfare institution and a cafe in the city.

In early December, "banana butter," one of the processed products made by the farm, was certified by a local chamber of commerce as a brand-name fruit item.

Since the full-fledged sales of bananas only began recently, Saito's business is still in the red, with expenses and salaries for the disabled covered out of her own pocket and by donations from her friends.

The female farmer said she plans to promote the bananas and processed items through exhibitions at trade shows and by posting photos on the social media. She eventually aims to export the bananas overseas. 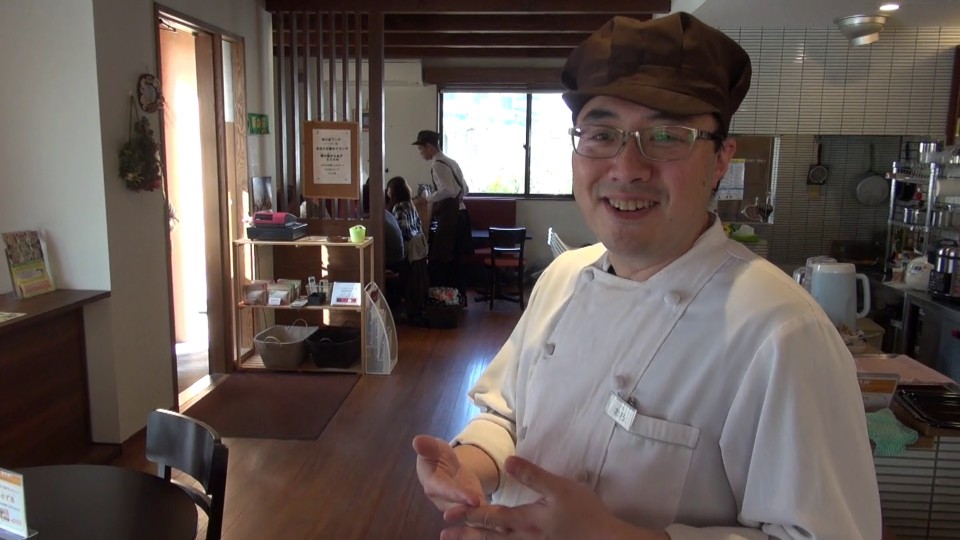 At an Okayama cafe that employs people with disabilities, customers can enjoy smoothies made from bananas and their peels procured from Saito's farm.

"At first, customers were surprised when they heard the smoothie was made of banana peels," said the cafe owner Kazuki Ochi. After drinking it, however, they said the beverage "tasted rich" or was "full of dietary fiber," he added.

The agricultural entrepreneur said she believes Japan -- which is suffering from a serious labor crunch amid rapid aging -- should promote employment of the disabled in addition to accepting more foreign workers.

"I think foreigners are necessary, but I also hope that more workplaces for the disabled will be provided. That would also help resolve" the labor shortage, Saito said.