An abundance of sex-themed magazines at Japan's ubiquitous convenience stores may soon become a thing of the past, due partly to major international sports events the country will host.

Japan's top three convenience store chain operators -- Seven-Eleven Japan Co., Lawson Inc. and FamilyMart Co. -- have decided to stop selling adult magazines nationwide by the end of August to improve their image ahead of the Rugby World Cup this fall and Tokyo Olympics and Paralympics next year. 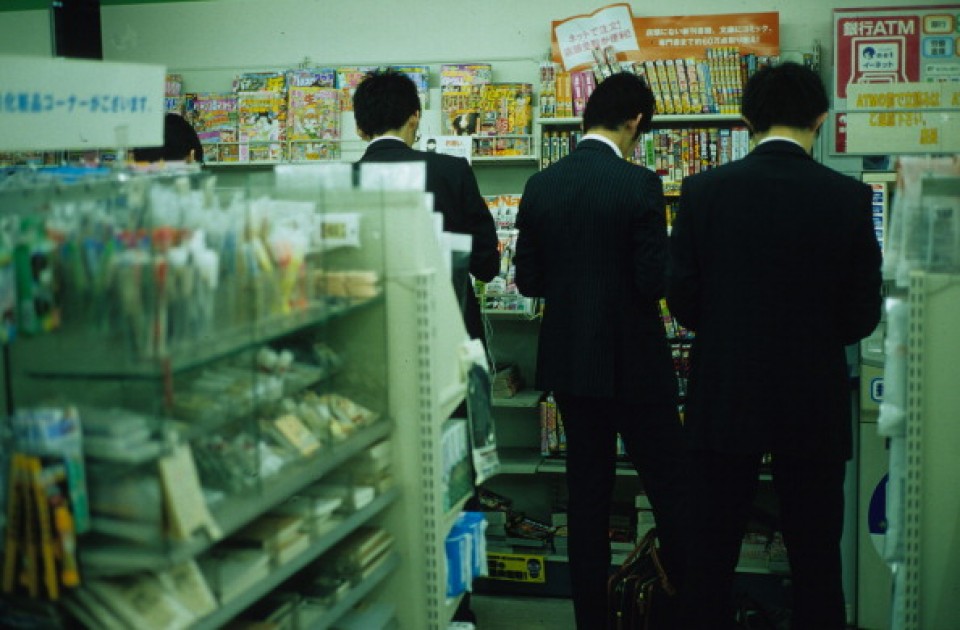 (A covenience store in Tokyo)[Gamma-Rapho/Getty/Kyodo]

The move is aimed at avoiding giving a bad impression as Japan is expected to see a surge of foreign visitors during the events, officials said, noting that they also hope it will make it more comfortable for women and children to visit the outlets.

At Seven-Eleven shops, numbering around 20,000 across Japan, adult magazines account for less than 1 percent of total sales, industry experts estimate.

Lawson stopped selling such magazines at outlets in Okinawa Prefecture in November 2017. Judging that the step has gained understanding from customers and franchise stores, Lawson has decided to expand the ban to its stores nationwide, totaling about 14,000.

FamilyMart Co., which announced the decision on Tuesday, has already stopped selling adult magazines at around 2,000 of its 16,000 stores nationwide.

Considering that convenience store chain operator Ministop, which runs around 2,000 stores in Japan, has already shut out adult magazines, such material is set to disappear from the shelves of over 90 percent of convenience stores in the country.

Industry leader Seven-Eleven said that although decisions on whether to sell racy magazines will be left up to the managers of franchise stores, its headquarters will stop recommending their sale and has already told Tohan Corp., a major distributor of books and magazines, of its new policy.