With growing demand for sake in the United States, evidenced by a near doubling of Japan's sake exports to the country over the past decade, American craft brewers are also getting in on the act -- and giving Japan's "drink of the gods" their own twist.

North American Sake Brewery in Charlottesville, Virginia, is the latest in a wave of craft sake producers in the United States, the world's largest consumer of this rice-based alcohol outside Japan.

Since its launch last August, the brewery has mainly catered to Charlottesville residents but will soon be able to distribute its products to about 40 U.S. states including California, New York and Texas, said co-founder Jeremy Goldstein.

"Japanese sake brewers are targeting the United States as the place for the most growth. I think that says a lot about where we're heading," Goldstein said in an interview.

"And in the U.S., what drives the future of the sake business is not just the traditional but the experimental," said Goldstein. "Look at the craft beer industry and how they play with different flavor profiles and infusions. This is where we are going. This is how we grow."

Including the Charlottesville operation, there are 21 sake breweries in the United States, up from an estimated five in 2000, according to Timothy Sullivan, a New York-based sake expert who is the founder of UrbanSake.com, a sake information and review site.

The growing popularity of sake -- and the increasing number of breweries -- in the United States reflects the rise of Japanese food culture in the country, say American sake experts. 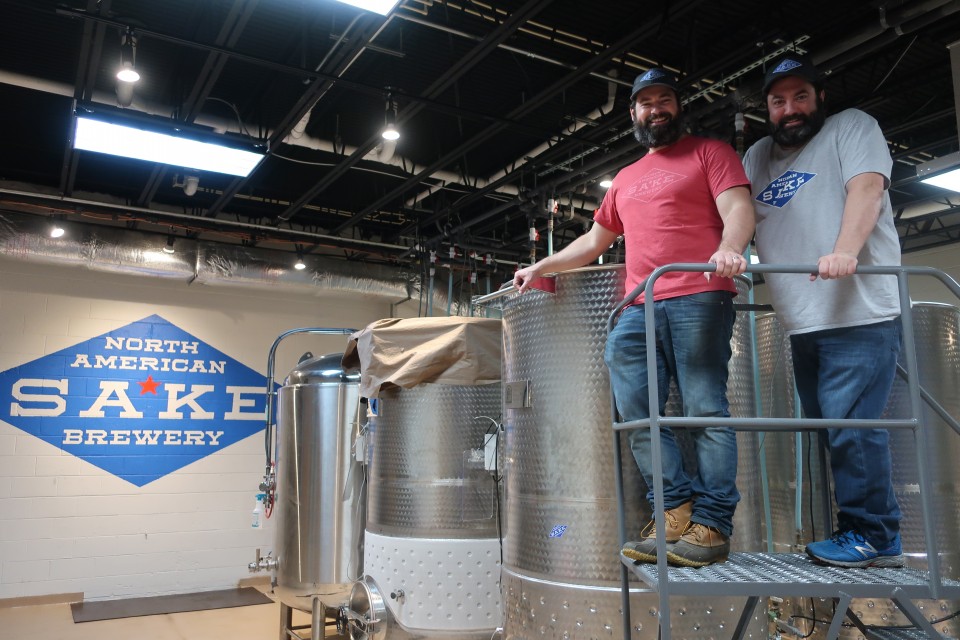 "Over the past five years I have seen an increase in demand for many Japanese ingredients -- fish, meat, produce and Japanese seasonings -- from everyone from Michelin star chefs to your local neighborhood spot," said Jessica Joly, a New York-based sake sommelier.

"With all this hype comes a demand for a Japanese beverage as well, which is sake," said Joly, who was named "Miss Sake USA" in 2016 by the Miss Sake Association in Japan for her role in promoting Japan's fermented rice beverage in the United States.

"Sake continues to grow in sales each year and most likely will continue to rise in the years ahead," she said.

Forgoing his career as a film writer, Goldstein started a sake venture four years ago in Charlottesville -- the first of its kind in Virginia -- with his business partner and chief brewer Andrew Centofante.

Goldstein said he became a sake "fanatic" after tasting "good craft sake for the first time" at a high-end restaurant in Los Angeles, his hometown.

As Centofante began brewing sake at home on a trial basis, he and Goldstein visited U.S. craft sake breweries such as Blue Current Brewery in Maine, Brooklyn Kura in New York, SakeOne in Oregon, Ben's Tune Up in North Carolina and Proper Sake Co. in Tennessee.

"We visited sake breweries in the U.S., asked them questions, brewed with them and learned a little bit about how it's made," said Centofante, a Virginia native who left his marketing career behind for the new venture.

Experts have heralded the emergence of American breweries such as North American Sake Brewery and Brooklyn Kura that supply locally-made sake to U.S. consumers.

"They are not trying to create a replica of Japanese sake," Joly said. "They are taking inspiration and techniques, but creating their own brand of sake."

"What makes American sake unique is that many sake brewers come from craft beer brewing, which definitely adds to the unique styles of American craft sake," she said. "You might see some sake with added flavoring or simply dry hops added, which you would never see in Japan."

While the number of American sake breweries is expected to increase, partly due to the interest among more craft beer brewers in making sake, experts believe the Japanese sake industry does not view American players as rivals in the U.S. market but as entities with which they can coexist.

"So far, the Japanese industry, including the government, is quite supportive of sake brewing overseas," said John Gauntner, a Japan-based sake expert known as "the Sake Guy" and "the Sake Evangelist."

"I think that this is because they know that it will help the awareness of sake to grow," he said. "It will also help sake made in Japan to become more appreciated and sell better."

Sharing Gauntner's view, Joly said that unlike past generations of sake brewers, the younger generation of sake brewers in Japan, the United States and elsewhere are much more adventurous and curious about taking a different approach to sake.

"This is just the beginning," she said. "I'm excited to see what the next five to 10 years will look like."