A U.N. panel is expected to accuse North Korea of illegally selling fishing rights to other countries as a means of generating income in contravention of past Security Council resolutions, diplomatic sources said in advance of an upcoming sanctions report.

The panel, which tracks violations of sanctions measures against Pyongyang, is expected to show in its annual report that vessels carrying North Korean fishing licenses were operating in waters between the Korean Peninsula and its neighboring countries. 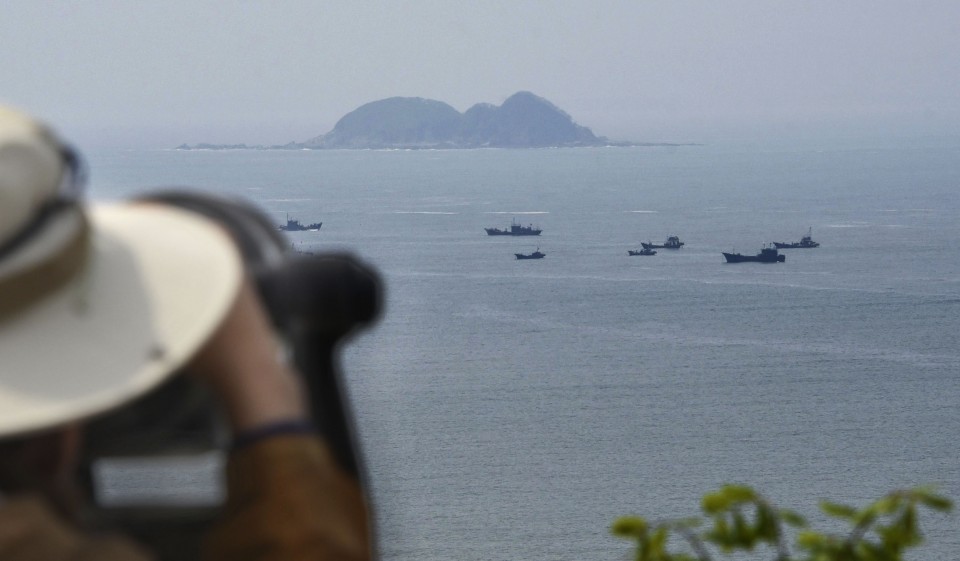 (Photo taken from the island of Yeonpyeongdo on May 6, 2018, shows Chinese fishing boats operating in waters near the Northern Limit Line, with an uninhabited island belonging to North Korea seen in the distance.)

The claim is based on information provided by two unnamed member states, though one has been identified as Japan, according to officials in Tokyo.

It is also expected to be reported that more than 15 Chinese fishing vessels were inspected and found to be carrying licenses from North Korea, officially known as the Democratic People's Republic of Korea, during the reporting period of January-November 2018.

It is anticipated that information obtained from fishermen who were questioned will reveal that around 200 Chinese fishing vessels were operating in North Korean waters. Based on another interview, it was discovered that the price of a single fishing license cost about 50,000 yuan ($7,250) per month.

The fishing vessels apparently displayed fishing permit number plates that were attached to the outside of the vessels, flown on flags, or both in combination.

These actions violate a Security Council resolution adopted in December 2017 in response to Pyongyang's ballistic missile launch the previous month. In it, the 15-member council clarified that any sale of fishing rights by North Korea was strictly prohibited.

Last September, Japan's Foreign Minister Taro Kono highlighted concerns about the sale of fishing rights as well as ship-to-ship transfers of petroleum products as two examples of the North's "sophisticated efforts to evade and circumvent" past resolutions.

The resolutions were imposed on the country in escalating fashion as it carried out a total of six underground nuclear tests and numerous missile launches using banned equipment.

Each year, the panel prepares its report based on information analyzed by its eight members, who have expertise on a variety of issues such as nuclear nonproliferation and export trade control.

The report is to be submitted to the 15 members of the North Korea sanctions committee on Friday, with the document typically being made public within a month.