A sweet aroma wafts through the air as unblended malt whisky gushed from a storage cask at Hokkaido's Akkeshi Distillery in the freezing rural north of Japan last December.

The distillery is just one of a growing number of craft distilleries that have sprung up recently around the nation, their products drawing parallels with more established giants such as Suntory and Nikka which have become renowned for the unique profiles of their Japanese whisky.

Kenten Co Ltd., headquartered in Tokyo, utilizes large puncheon barrels made of Mongolian oak, native to Japan, to hold the whisky as it ages. 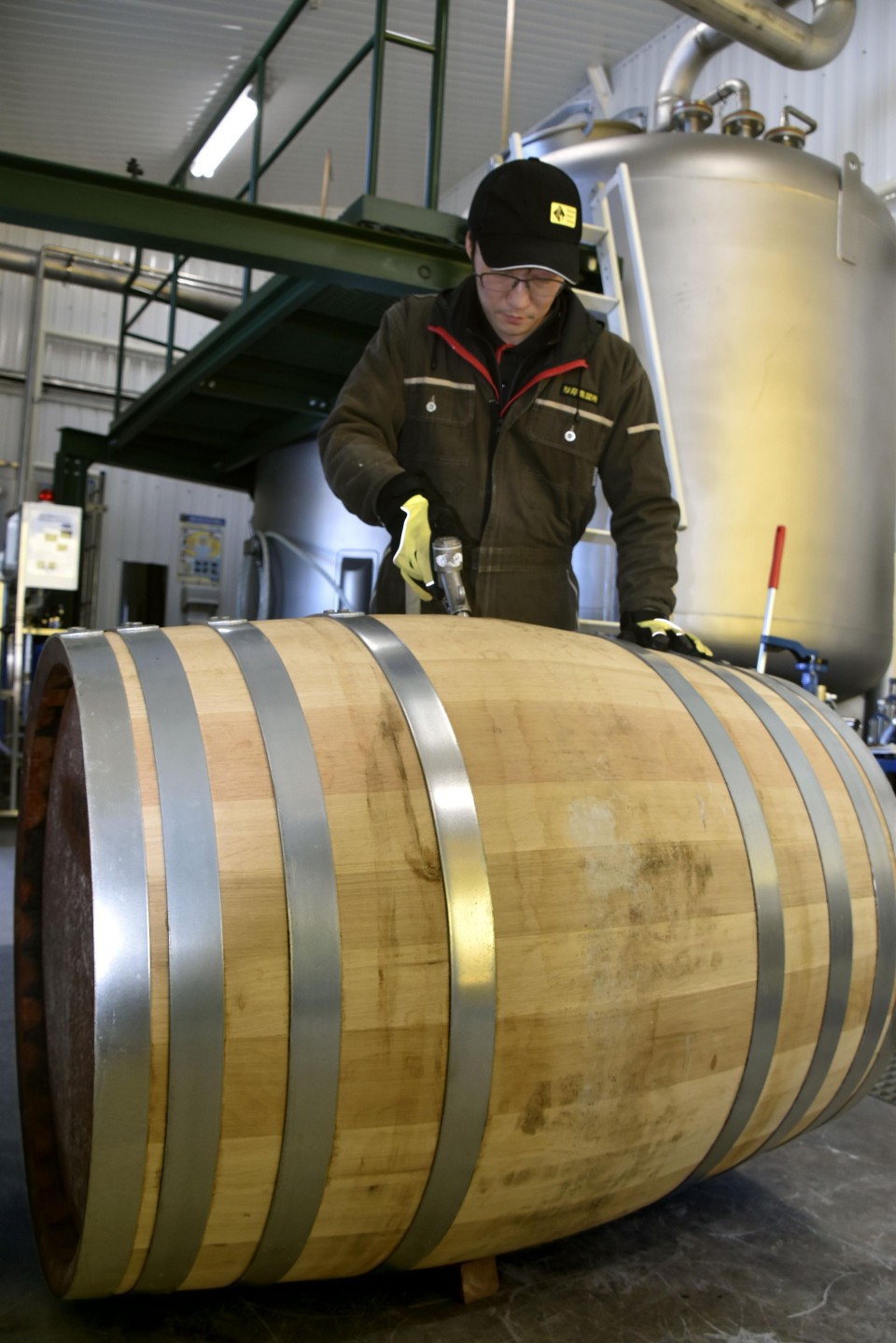 Its whisky is distinctive for its citrus notes and the briny aroma the company says is derived from the sea fog that rolls through the area.

"Japan takes craftsmanship seriously," said Katsuyuki Tatsuzaki, 50, director of the distillery. "We want to protect the tradition and always have superior products."

Wetlands surround Akkeshi Distillery, similar to the cool and damp conditions of the Scottish whisky hotspot of Islay, one of the southernmost of the Inner Hebridean Islands located off the west coast of the country.

It is the main reason Kenten, which opened its distillery in 2016, chose the marshy seaside setting with its rich peat deposits. The company wanted to produce liquor with the same smoky profile of Islay whisky -- considered a central character in Islay malts -- derived from their production in close proximity to peat marshes. 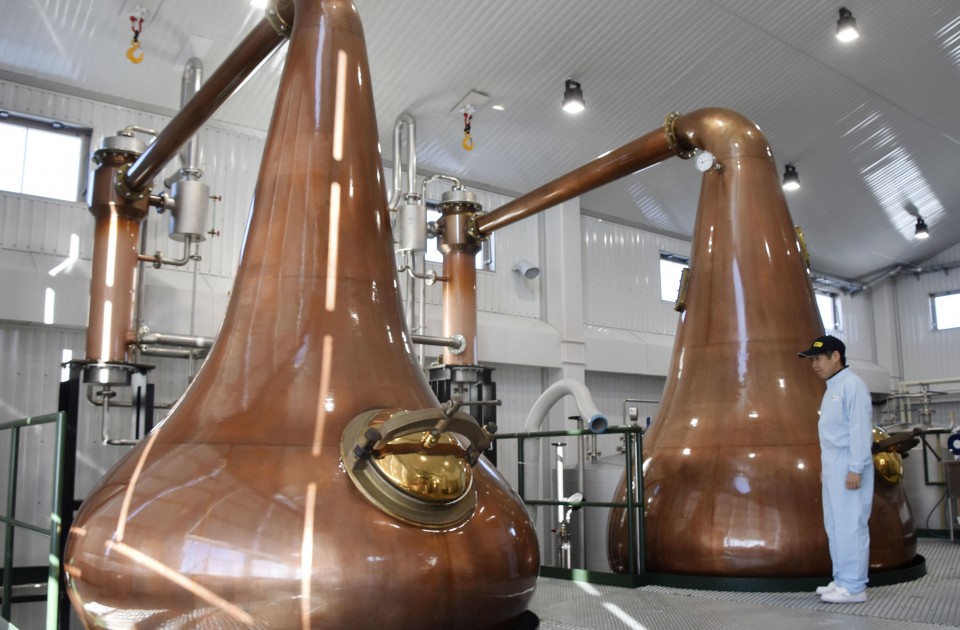 The distillery, which brought in equipment from distillation equipment supplier Forsyths in Scotland, already has about 1,200 casks to age their product, including bourbon and sherry casks, but also others made of Japanese oak. Two pot stills and a mash tun, in which malt is mashed, were also imported from Forsyths.

Like Islay whisky, the company uses water that passes through a peat layer, it says.

Kiuchi Brewery, located in Naka, Ibaraki Prefecture, and known for its sake, shochu and craft beers, jumped on the craft whisky bandwagon in 2016.

Around June 2019, the company plans to begin operating a new whisky distillery in Ishioka, Ibaraki Prefecture, which can produce about 120,000 liters of whisky per year -- an approximately 12-fold increase on the current amount of spirits the company makes.

Around 40 percent of the barley used as raw ingredients for its whisky -- some 80 tons -- will be procured from within the city's boundaries, and there will even be a distillery tour available for tourists.

"We are very particular about using local raw ingredients. We want many tourists to visit our distillery," said company vice president Toshiyuki Kiuchi, 55. 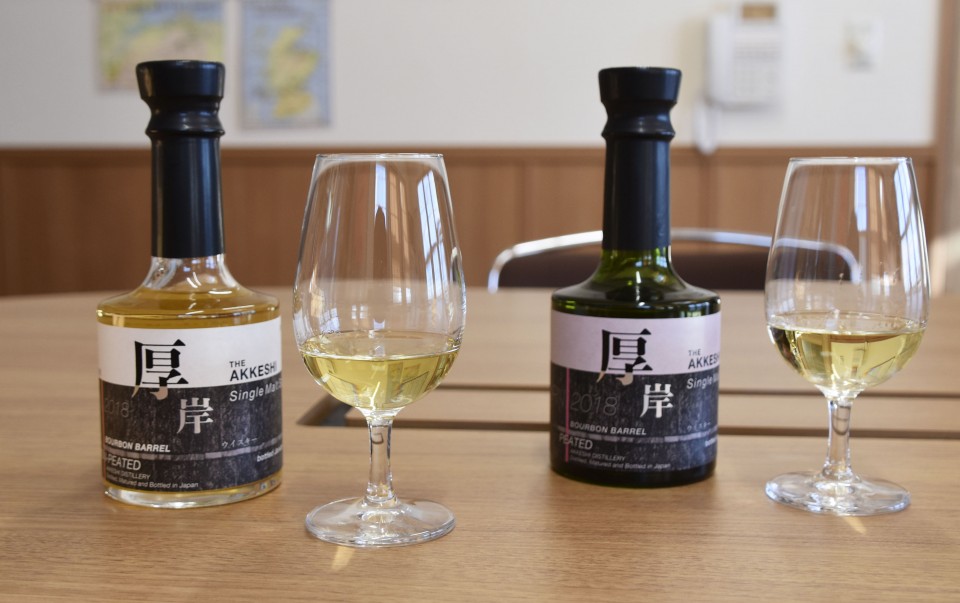 Shipments of Japanese whisky, which went into a tailspin in the early 2000s, began a turnaround in 2008 with the renewed popularity of highballs, a beverage quite distinct from typical whisky and soda mixes because of the attention paid to quality.

Whisky even gained a foothold in popular culture when the TV drama series "Massan," a fictionalized account of the lives of Masataka Taketsuru and his Scottish wife Jessie Cowan, aired on public broadcaster NHK from September 2014 until March 2015. The program depicted Taketsuru's struggles to start the Nikka Whisky Distilling Co.

According to the Japan Spirits and Liqueurs Makers Association, about 137,000 kiloliters of whisky -- more than enough to fill the Tokyo Dome baseball stadium -- was shipped out domestically in 2017, double the amount of 10 years earlier.

Whisky exports were worth about 13.64 billion yen ($125 million) in 2017, more than an 11-fold increase over 10 years previous, according to the National Tax Agency.

Indeed, the Japanese whisky boom was so meteoric that leading producer Suntory Holdings Ltd. announced last year that it would discontinue selling two premium brands due to shortages fueled by global demand for the award-winning spirits.

Ichiro's Malt, a single malt produced by a tiny distillery in Saitama's Chichibu, northwest of Tokyo, has won global accolades and a slew of awards, making a name for itself as one of Japan's premium craft whiskies.

"The high praise is a result of effort," said whisky critic Mamoru Tsuchiya. "Through tourism and employment, regions can be revitalized. They should take advantage of this opportunity."