Former Nissan Motor Co. Chairman Carlos Ghosn on Tuesday declared his innocence and protested his prolonged detention as he made his first public appearance at a Tokyo court since being arrested around 50 days earlier, in a heightened confrontation with prosecutors.

"I am innocent of the accusations made against me. I have always acted with integrity and have never been accused of any wrongdoing in my several-decade professional career," Ghosn, once among the most celebrated executives in Japan, said during the open hearing that was held at his request to seek an explanation for his prolonged detention.

"I have been wrongly accused and unfairly detained based on meritless and unsubstantiated accusations," said the 64-year-old, who walked into the courtroom wearing slippers and a suit without a tie, and seemed thinner than prior to his detention, with his hair graying. 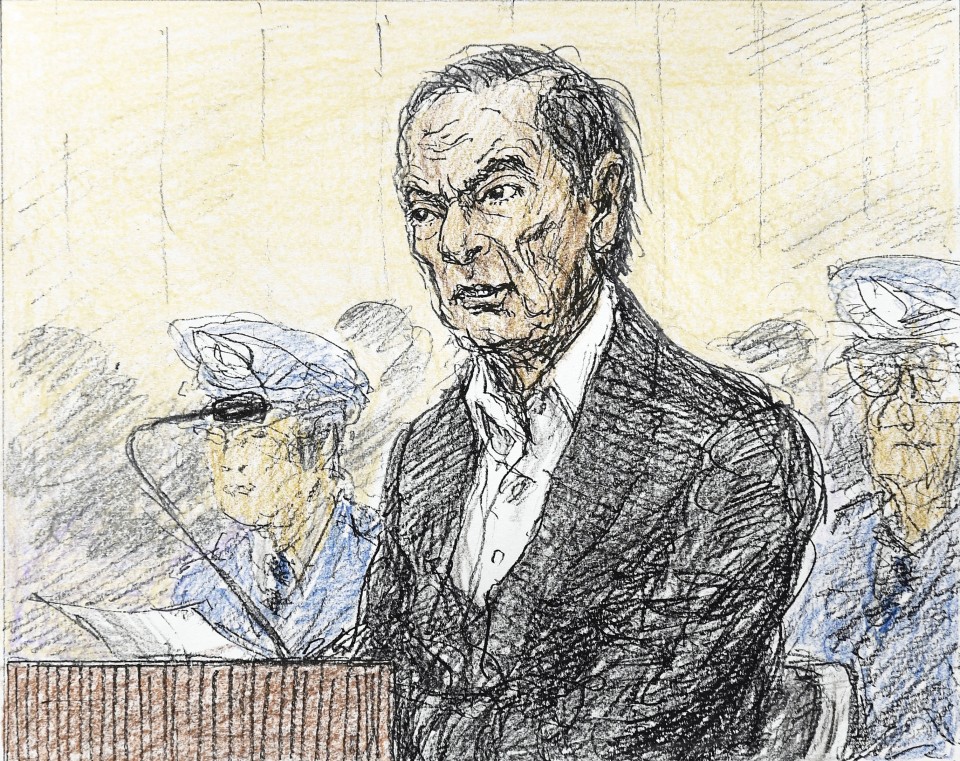 Ghosn has remained in custody at the Tokyo Detention House since prosecutors arrested him in mid-November for allegedly understating his remuneration in Nissan's securities reports submitted to Japanese regulators.

His detention has been extended due to a fresh allegation that he transferred personal investment losses to Nissan during the 2008 global financial crisis.

At the Tokyo District Court, Ghosn, who was sent to Nissan from Renault SA in 1999, stressed he had dedicated two decades of his life to reviving the Japanese automaker from the brink of bankruptcy.

"I worked toward these goals day and night, on the earth and in the air, standing shoulder to shoulder with hardworking Nissan employees around the globe, to create value," Ghosn said in his statement in English that lasted about 10 minutes.

Denying that the temporary transfer of his private investment contract to Nissan caused damage to the Japanese company and all other allegations against him, Ghosn said, "I have acted honorably, legally, and with the knowledge and approval of the appropriate executives inside the company." 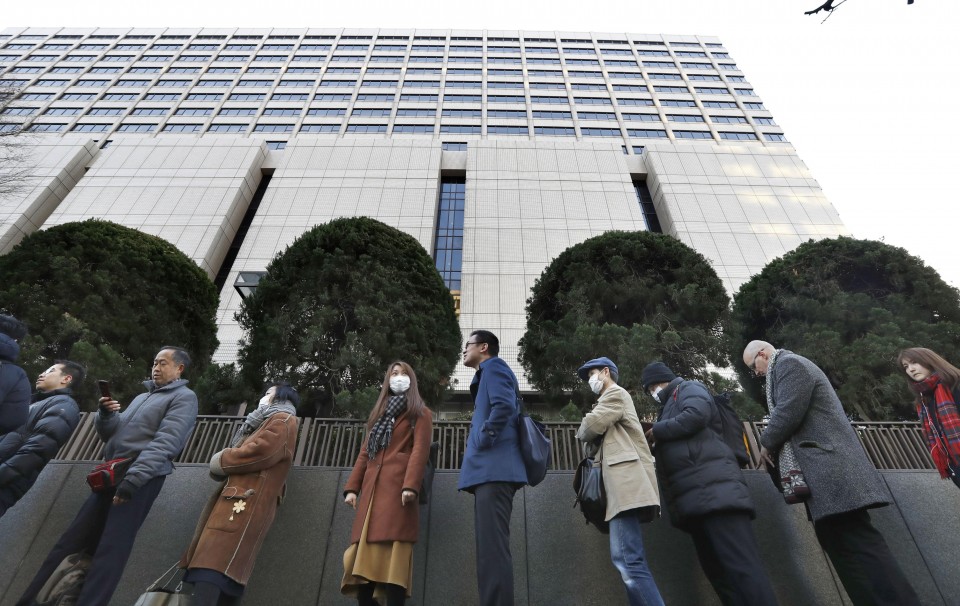 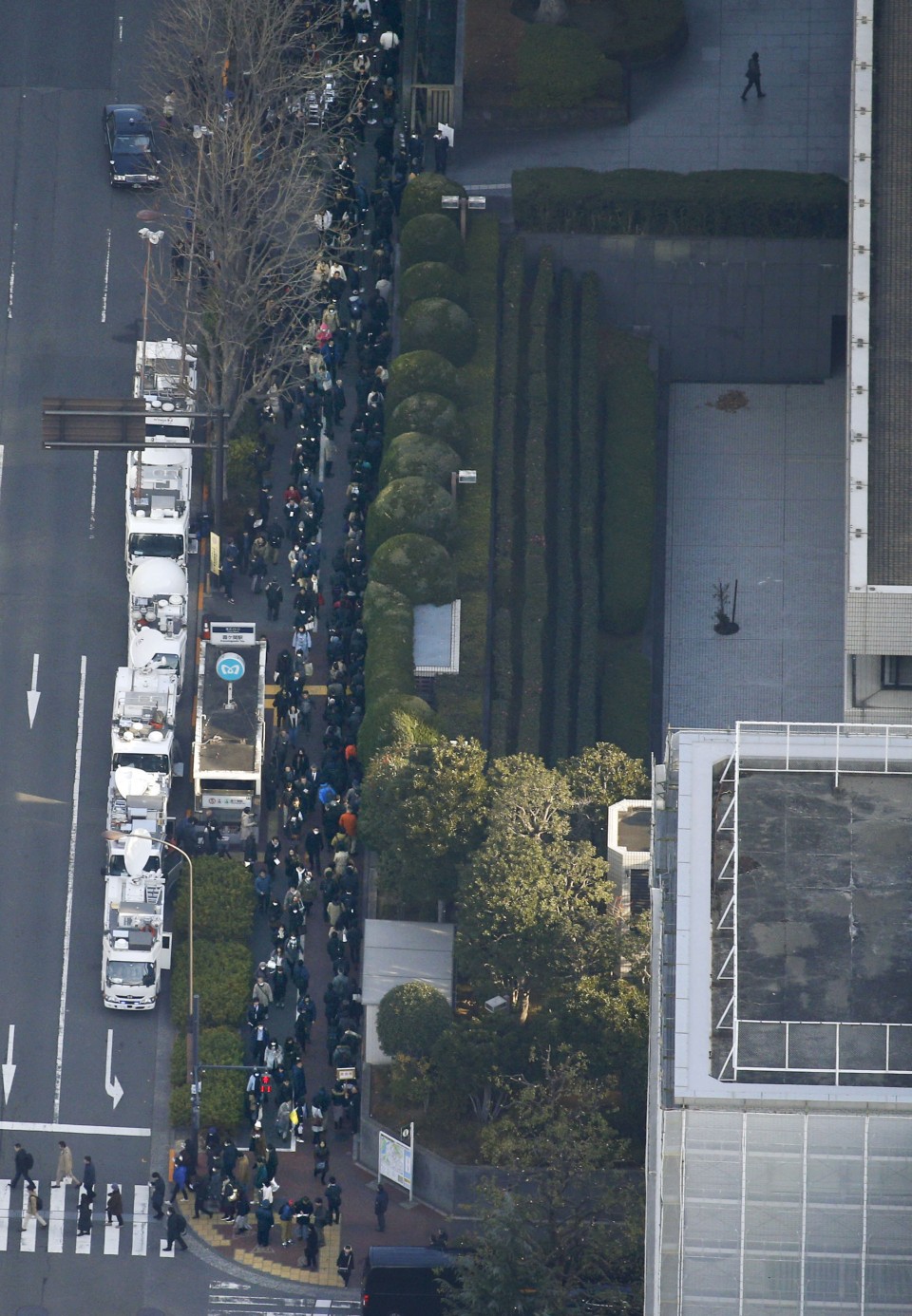 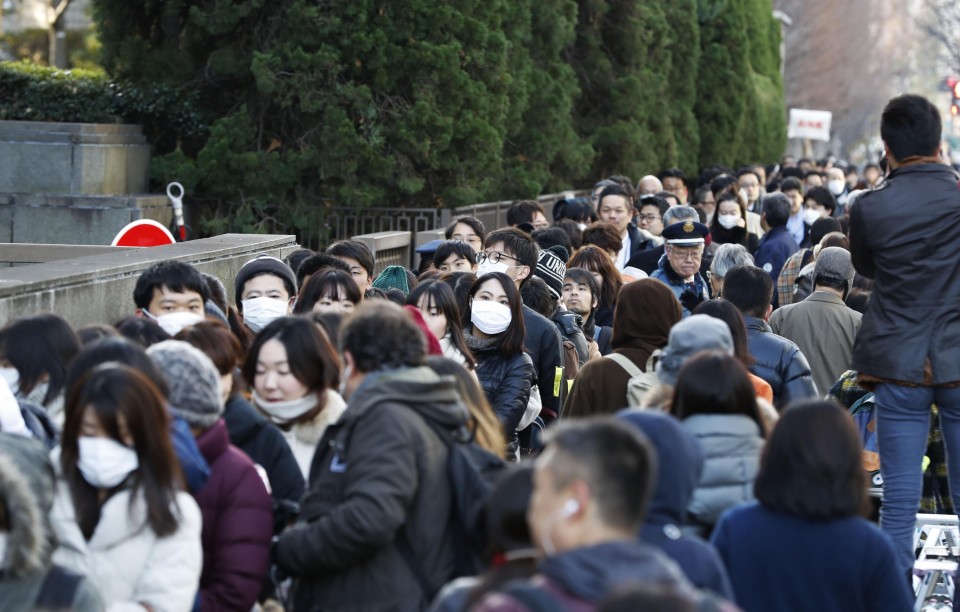 Judge Yuichi Tada said Ghosn's detention was necessary as there was a possibility that he could destroy evidence and seek to flee Japan.

Ghosn's treatment following his arrest has brought the Japanese criminal justice system under international scrutiny and some practices such as effectively allowing suspects to be held for long periods without formally charging them as well as questioning them without lawyers present have sparked international criticism.

Following the hearing, Ghosn's defense counsel filed a request with the court to end his detention.

A total of 1,122 people, including some Nissan shareholders and foreign media, lined up for a draw for the 14 available courtroom seats assigned to members of the public.

"He is the person who reformed Nissan by doing things Japanese people could not. I want to hear what statements he will make," said Masataka Obinata, 67, a Nissan shareholder from Tokyo. 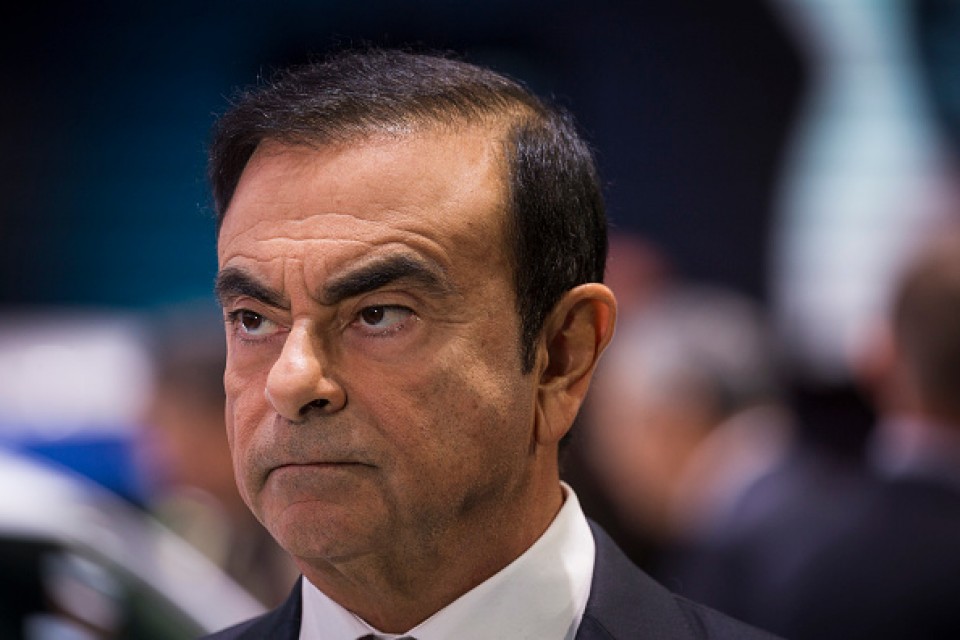 Nissan, which said it was cooperating with the prosecutors after conducting its own months-long investigation, promptly removed Ghosn as chairman and Kelly as a representative director. Mitsubishi Motors Corp. also dismissed Ghosn from the post of chairman, while he remains chairman and CEO of Nissan's alliance partner Renault.

The two were charged on Dec. 10 and served with fresh arrest warrants for similar misconduct during the three years through March 2018. Kelly, who suffers from spinal stenosis, was later released on bail and is being treated at a Japanese hospital.

Ghosn's detention, meanwhile, was further extended after he was served with a third arrest warrant on Dec. 21 for allegedly transferring personal investment losses worth 1.85 billion yen to Nissan in 2008.

The investment contract Ghosn's personal asset management firm had with a Tokyo bank incurred an appraisal loss of 1.85 billion yen due to the financial crisis and the contract was transferred to Nissan after the bank sought additional collateral due to the swelling loss, according to the prosecutors.

The contract was transferred back to the management firm with a Saudi acquaintance of Ghosn guaranteeing credit. Ghosn is also suspected of using a Nissan subsidiary to pay Saudi businessman Khaled Al-Juffali a total of $14.7 million from 2009 to 2012.

Ghosn said in the hearing that the payment to the "long-time supporter and partner of Nissan" was proper compensation in exchange for taking care of difficult business problems in the Middle East.

Ghosn said the issues dealt by Al-Juffali included helping to restructure struggling Nissan distributors throughout the Gulf region in an attempt to catch up with Toyota Motor Corp. and its other rivals, as well as organizing "high-level meetings" with officials of Saudi Arabia to negotiate the development of a manufacturing plant.

His chief lawyer, Motonari Otsuru, told a press conference that the acquaintance received the payment for services he provided, denying the apparent belief by the prosecutors that it was a reward for guaranteeing credit.

Otsuru criticized the prosecutors, saying it was "extraordinary" that they moved to arrest Ghosn for the alleged aggravated breach of trust without hearing the actual situation directly from the key figure in advance.

The development came ahead of the end of Ghosn's current detention period on Friday, by when prosecutors must decide whether to indict him for alleged breach of trust.

Otsuru said he will seek bail if the prosecutors decide to indict Ghosn on the additional charge but added he believes the court is unlikely to approve the executive's release before his first trial hearing, which will not be held for at least six months as many preparations are needed for such a complicated case.