Kei Komuro, the longtime boyfriend of Princess Mako, said Tuesday his family believes that the financial issues behind a dispute that caused the couple's marriage to be postponed have already been resolved.

The 27-year-old Komuro released a statement following a remark made late last year by Prince Fumihito, the father of the princess and younger son of Emperor Akihito, asking Komuro to respond appropriately to magazine reports that his mother was involved in a money dispute with her former fiance.

In the statement, Komuro, in his first public comment on the issue, said his 52-year-old mother and her former fiance had "confirmed" at the time of their 2012 breakup "that all of the financial issues were already resolved."

Komuro also apologized for causing "trouble to many as I did not give a clear explanation," adding he wants to talk with the former fiance to "gain understanding from him."

Princess Mako, also 27, had been informed that Komuro would release the statement, and the two, who were classmates during their university days, continue to have a strong intention to marry, according to sources with knowledge of the situation.

The couple announced their engagement in September 2017 and said their wedding would take place in November 2018. 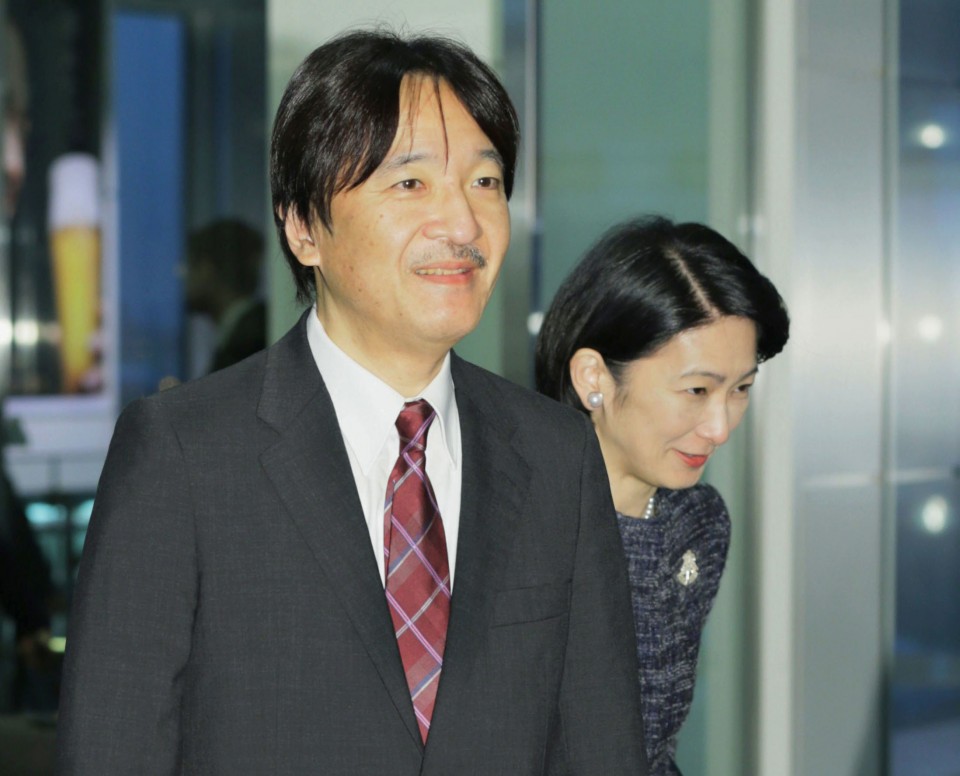 But the Imperial Household Agency said in February last year that the couple would push back the schedule until 2020 following a string of reports that Komuro's mother was involved in a money dispute with the former fiance, including over her son's educational expenses, which the former fiance shouldered.

After they broke off the engagement, the former fiance asked her to pay back the loan, but Komuro's family claim the money was given to her.

In the statement issued through his lawyer, Komuro said that at the time the relationship between his mother and former fiance ended in September 2012, his mother had expressed willingness to repay the money.

However, the former fiance was quoted by Komuro, a paralegal at a Tokyo law firm, as saying he had "no intention of getting the money back."

Still, the man sent a letter to Komuro's family around August 2013 asking for the return of the money, according to the statement.

It said Komuro's mother, after consulting with an expert, later met the former fiance in person and refused to accept the request.

Prince Fumihito has adopted a strict stance over the postponement of his daughter's marriage. "If the two still have feelings for marriage, there should be responses accordingly," he said at a press conference in November.

The following are the main points of the statement released Tuesday by Kei Komuro, the longtime boyfriend of Princess Mako.

-- I am very sorry for causing trouble to many as I did not give a clear explanation about this issue.

-- My mother and her former fiance became engaged in September 2010.

-- During the engagement, there were times when we received financial help from the former fiance.

-- In September 2012, the former fiance told my mother that he wanted to break the engagement.

-- Both confirmed with each other that all of the financial issues including aid and compensation were already resolved.

-- However, in August 2013 my mother received a letter from the former fiance requesting her to pay back the money he had helped with during their relationship.

-- My mother saw her former fiance and explained to him why she could not fulfill his request. After listening to her, he told her that he would speak to an expert and he would reach us. However, we did not receive any contact.

-- From December 2017, comments ascribed to the former fiance were reported daily, bewildering my mother and me.

-- I would like to try to receive the former finace's understanding.