Tennis player Naomi Osaka downplayed a dispute Thursday over the skin color of an anime character depicting her but called for a consultation in a possible similar case in the future.

"For me, it's obvious, I'm tan...I don't think they did it on purpose to be, like, whitewashing or anything," Osaka said at a press conference at the Australian Open, referring to a pair of controversial anime advertisements which were created by one of her sponsors, Nissin Foods Holdings Inc. in Tokyo. 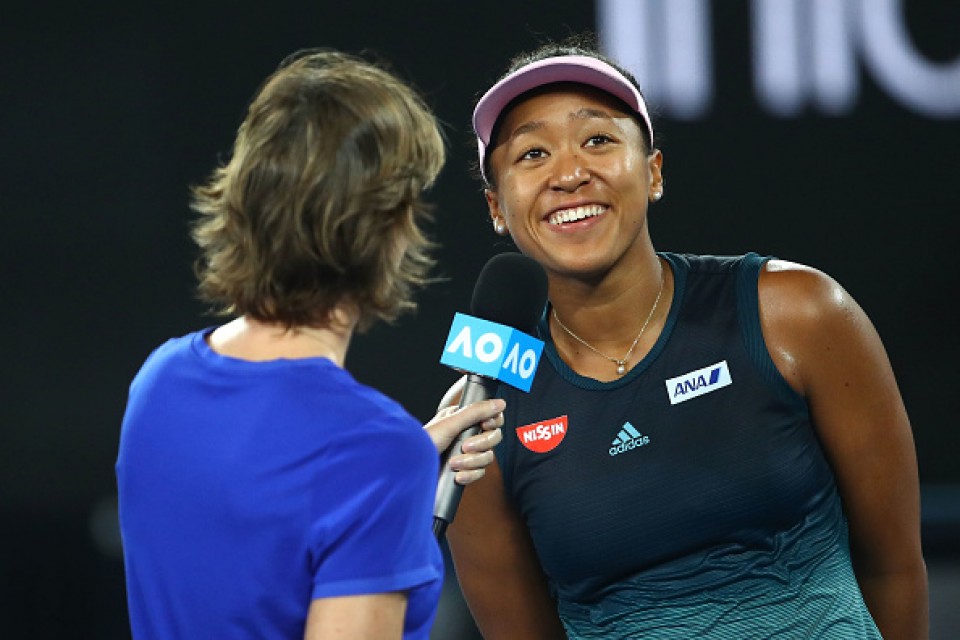 "But I definitely think that the next time they try to portray me or something, I feel like they should talk to me about it," said the U.S.-based player whose father is Haitian and mother is Japanese.

Osaka, 21, said she had talked to representatives for Nissin Foods about the anime issue and received an apology. The press conference took place after a victory that sent her into the Australian Open final.

"I'm just focused on this right now," she said of her tennis. "I've gotten into the final of a slam, and that's sort of my main priority."

"I get why people would be upset about it. I mean, to be honest, I haven't really paid too much attention to this," she added.

The Japanese company, known for its signature product Cup Noodle, removed the promotional movies from its YouTube channel after some questioned the creations, saying the color of Osaka's character was lightened.

Nissin spokesman Daisuke Okabayashi said the company "confirmed with Ms. Osaka and her team utilizing the original drawings for the campaign" through her management agency, IMG Japan.

But the U.S. parent of the agency asked Nissin to delete the films saying the contents had not been shared with IMG USA, according to Okabayashi.