Hot springs, chicken tempura, a monkey park and a tour of "hell" boiling pools -- Oita Prefecture has a lot to offer for those coming to the 2019 Rugby World Cup in Japan.

But even without those off-field attractions, Oita is set to be one of the hottest of the 12 match venues for rugby's showpiece as New Zealand's All Blacks and Australia's Wallabies are coming.

The two teams that squared off in the 2015 tournament's final in England, won by the All Blacks, and world No. 3 Wales, as of the Nov. 26 rankings, are scheduled to play their respective pool matches at Oita Stadium.

Oita, often referred to as the "hot spring prefecture," will also host two quarterfinals, taking the total number of matches staged to five -- the third most among the 12 venues, after Tokyo's eight and Yokohama's seven. 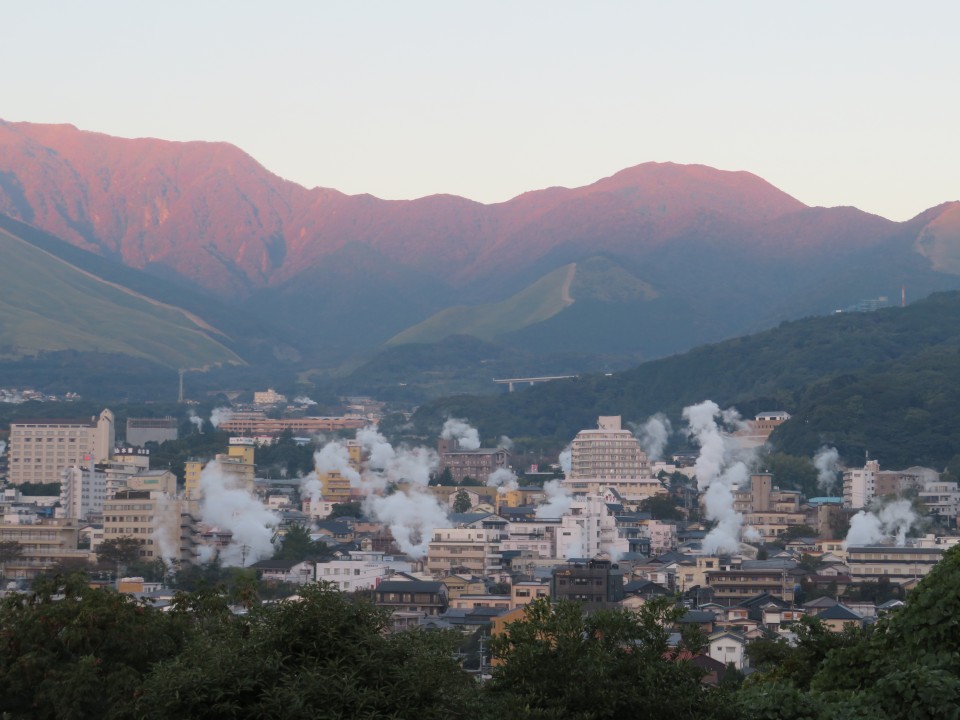 "We knew the semifinals and the final would go to the (most populous) Tokyo-Yokohama area, so having Australia, New Zealand and Wales, plus two quarterfinals, here in Oita is too good to be true," said Kota Inoue, rugby team captain of Ritsumeikan Asia Pacific University, known as APU.

Many APU students participate in a study abroad program. Inoue spent nearly a year in Australia, from March 2017 to February 2018, attending school and playing rugby.

His rugby coach in Australia treated him like a son, so Inoue now wants to warmly welcome visitors if his application to become an official World Cup volunteer is accepted. 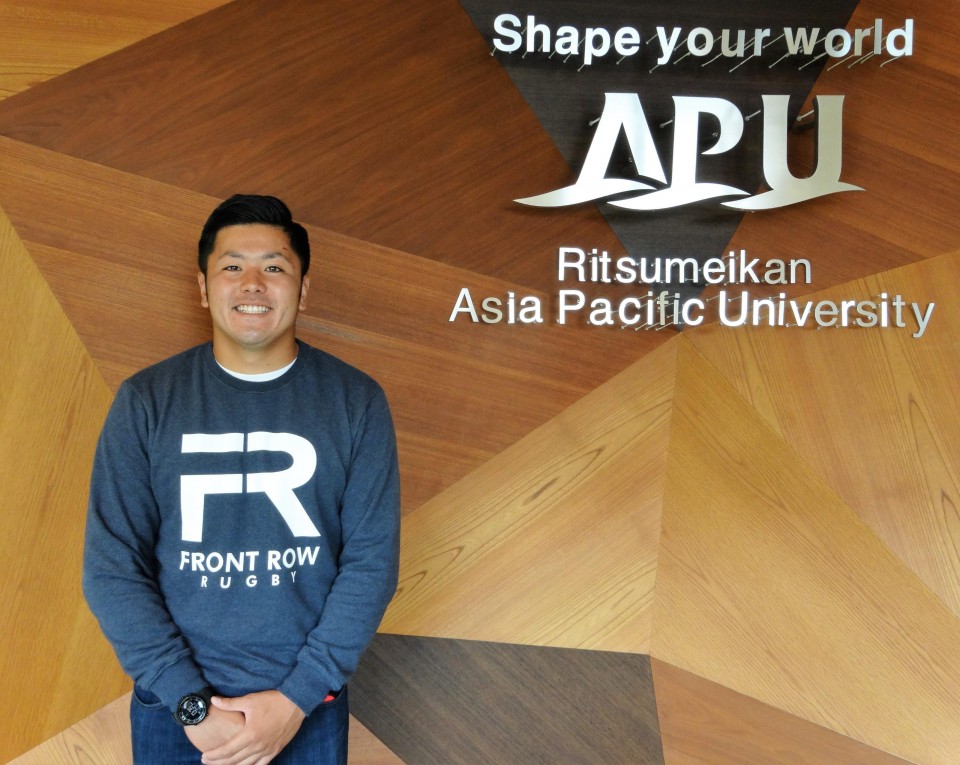 The APU rugby team has held a rugby clinic every Wednesday for elementary and junior high school students in Beppu since a year ago to get them interested in the sport in the run-up to the World Cup.

The team's head coach, Ariya Nishiyama, calls Oita's hosting of Rugby World Cup matches a once-in-a-lifetime opportunity for APU students, many of whom are multilingual as over half of about 6,000 are international students.

"The question will be if people can go and see matches when they want to once the tournament begins," Nishiyama said. "I personally look forward to seeing Argentina in the quarterfinals in Oita. The Argentine team has gotten stronger."

There has been some criticism that Oita is hosting title contenders and big matches just because Canon Inc. Chairman and CEO Fujio Mitarai, head of the tournament's organizing committee, hails from that prefecture.

But the numbers certainly indicate that Oita has been building up sufficient momentum toward the event. In a March 2018 survey by research firm Intage Inc., 84.0 percent of people in Oita said they knew World Cup matches would be held in their home prefecture, the highest among the 12 venues and well above the nationwide average of 55.3 percent.

It was followed by Iwate Prefecture's 78.5 percent. The awareness rate was not so high in Tokyo at 58.1 percent, as the Japanese capital's main focus seems to be on the 2020 Summer Olympics it will host.

According to DKK, a research arm of local lender Oita Bank, 65.0 percent of people in the prefecture said they want to watch a game at the venue.

Oita Prefecture, home to Beppu and Yufuin, two of the most famous "onsen" hot spring towns in the country, is already a popular destination among Asian travelers for onsen and its easy access from Fukuoka, the biggest city in the southwestern Japan region of Kyushu.

Oita is hoping to use rugby's showcase event to attract travelers from other parts of the world.

"I'm sure Oita is more into the World Cup than other places," said Tsuyoshi Takahashi, director of the 2019 Rugby World Cup promotion division at the Oita prefectural government.

"Rugby powerhouses are coming, and one of the two quarterfinal matches in Oita could be Wales against England!" he added. "It's been massive work here, but we'll continue to make promotional efforts." 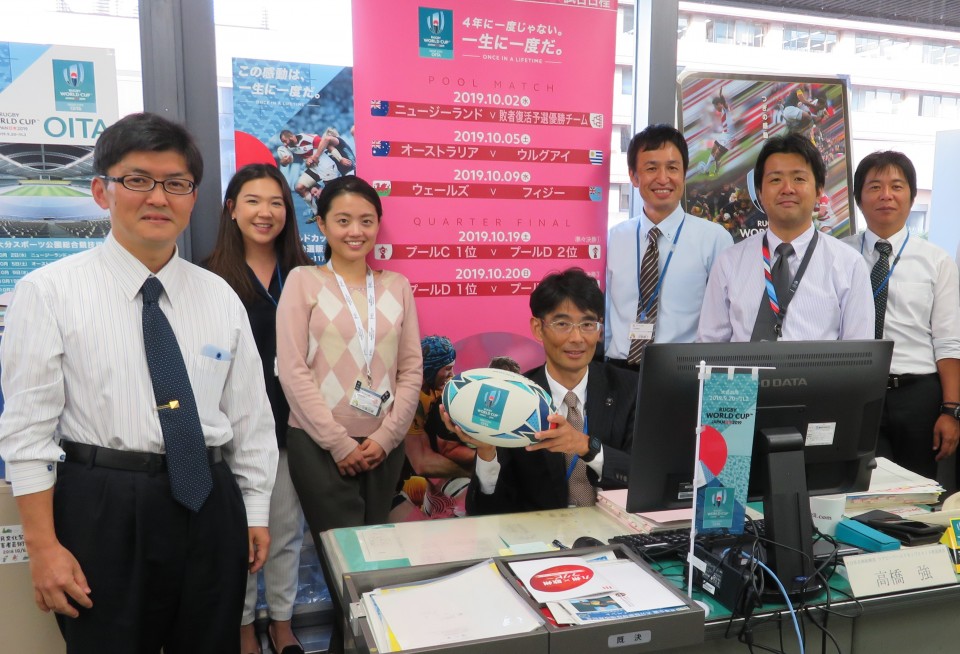 England is seen as a second favorite team for many people in Japan as it is coached by Eddie Jones, who took Japan to a whole new level at the 2015 World Cup by producing a sensational 34-32 victory over South Africa.

Japan's best-ever World Cup result with three wins out of four matches saw the popularity of rugby soar in 2015, but it has slowed down since in line with the struggles of the national team and Japan's new Super Rugby franchise Sunwolves.

Promotional events for the Rugby World Cup in the prefecture, entitled "One Rugby, One Oita," have been held almost every week since the spring of 2016, and the number of participants exceeded 50,000 as of late October.

The prefectural government also plans to launch a smartphone app in April 2019 to give users information in English and Japanese on World Cup matches in Oita, tourist places and night spots.

Spectators, however, will not be allowed to go to the 40,000-seat venue stadium, also known as Oita Bank Dome, by car but will need to take a shuttle bus after parking at designated locations. 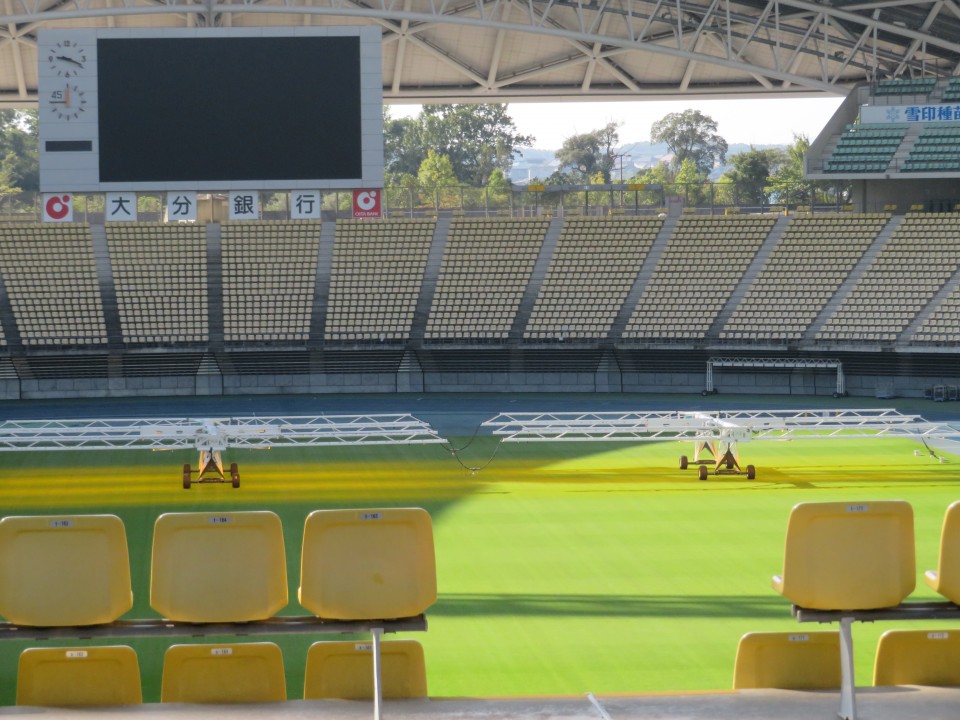 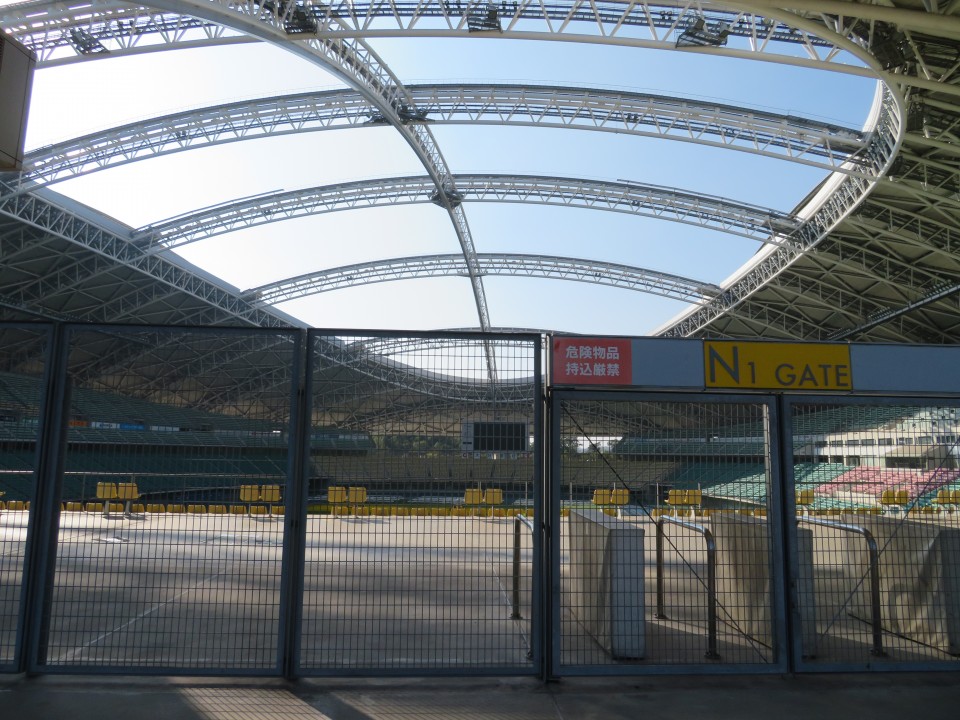 There are also almost no restaurants or bars around the stadium in the city of Oita, so fans might not be able to eat, drink and talk about rugby before or after each match as easily as they may be used to doing.

Most visitors are expected to stay in the prefectural capital of Oita, or in Beppu or Yufuin, where many hotels and restaurants are located, while some might stay in Fukuoka, also a World Cup match venue.

Asked where rugby fans should go on match days to dine, Yuji Kawamuro, head of the planning and public relations section at the Oita government, said, "We recommend they go back to where they are staying because many restaurants and bars are near their hotels."

The Fan Zone, the main gathering spot for fans, will be located on the south side of Oita train station, while another gathering space is set to be on the north side of the station, serving local food, drink and other products, according to Oita government officials.

A total of 11 matches will be available for public viewing at the Fan Zone -- the tournament's opening match between Japan and Russia, three pool matches held in Oita, and all seven matches from the quarterfinals onwards. 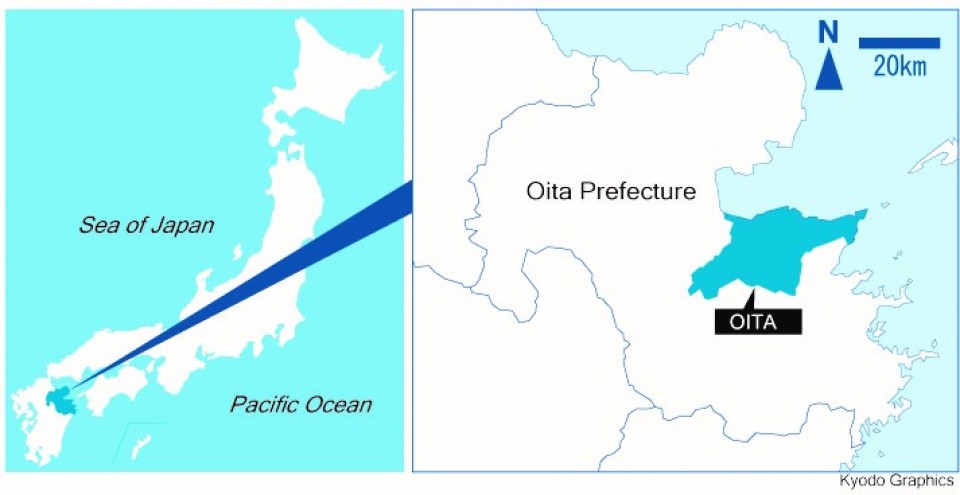 DKK, the research firm, expects the Rugby World Cup to boost Oita's economy by 25.3 billion yen, or $228 million, on the back of matches involving powerhouses such as New Zealand and Australia.

The director of the Oita government's promotion division gave some prudent advice for any city hosting a major sporting event: "All the restaurants and bars need to make sure they don't run out of beer."