An earthquake with an estimated magnitude of 5.1 struck Kumamoto Prefecture in southwestern Japan on Thursday, but there were no tsunami warnings or immediate reports of major damage.

The quake, which registered lower 6 on the Japanese seismic intensity scale of 7, occurred in the town of Nagomi and surrounding areas about 6:10 p.m. at a depth of 10 kilometers, the weather agency said. 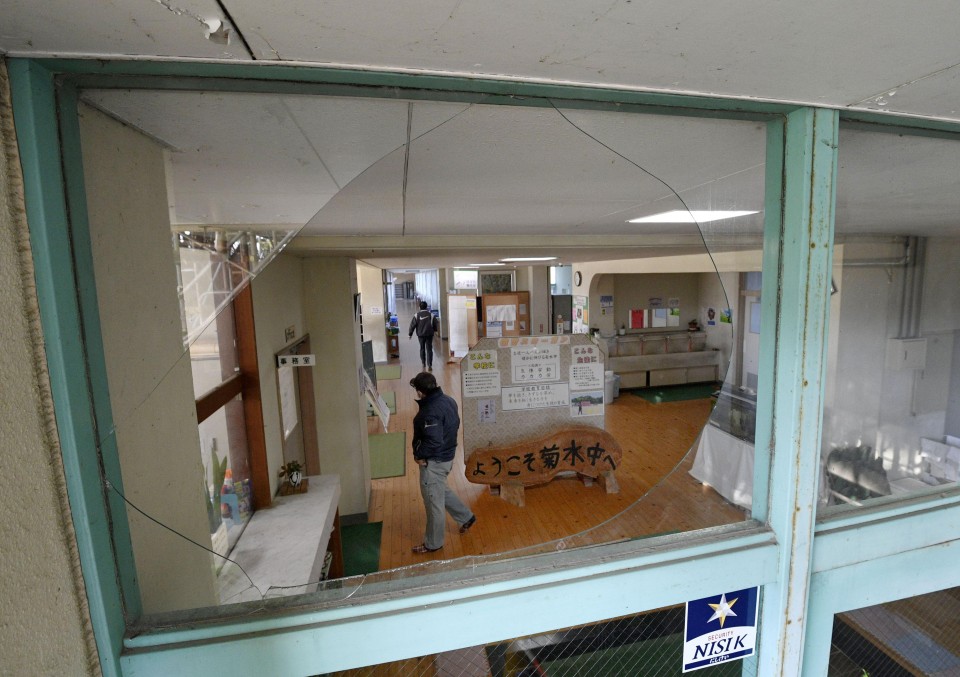 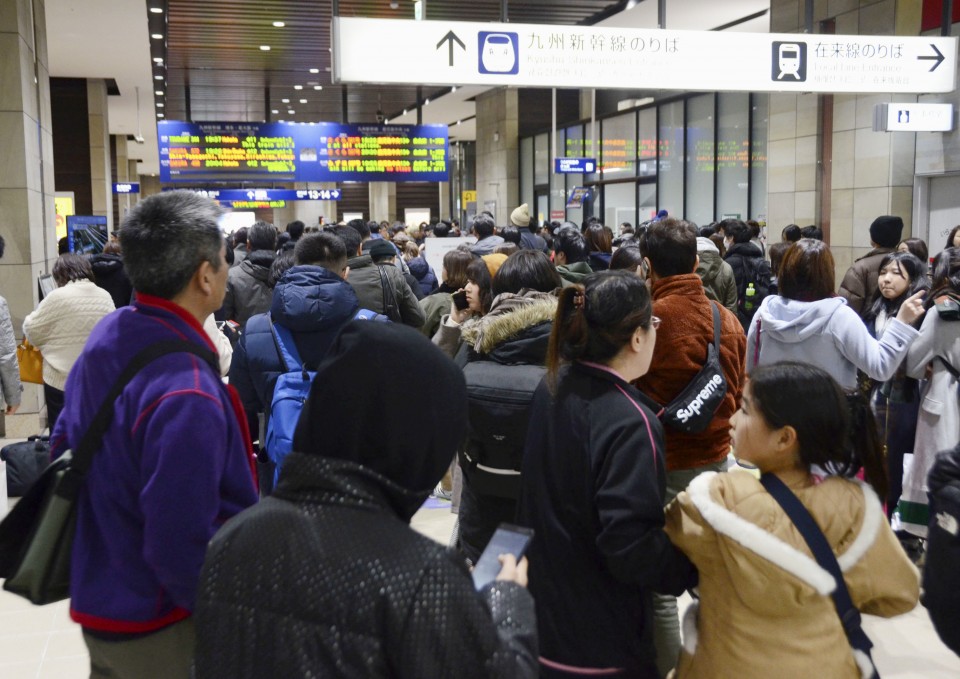 There were no immediate reports of serious injuries in the town or elsewhere, Japan's top government spokesman Yoshihide Suga told a press conference.

However, the temblor affected traffic, with all shinkansen bullet train services halted between Kumamoto and Hakata in Fukuoka Prefecture. Two bullet trains made emergency stops between stations in Kumamoto Prefecture, according to Kyushu Railway Co.

Local firefighters said a woman in her 80s fell in surprise in the town of Mashiki and was taken to hospital as she complained about pains around her neck.

A total of 33 people from 20 households temporarily took refuge in community facilities in Nagomi and the city of Kumamoto, according to the prefectural government. 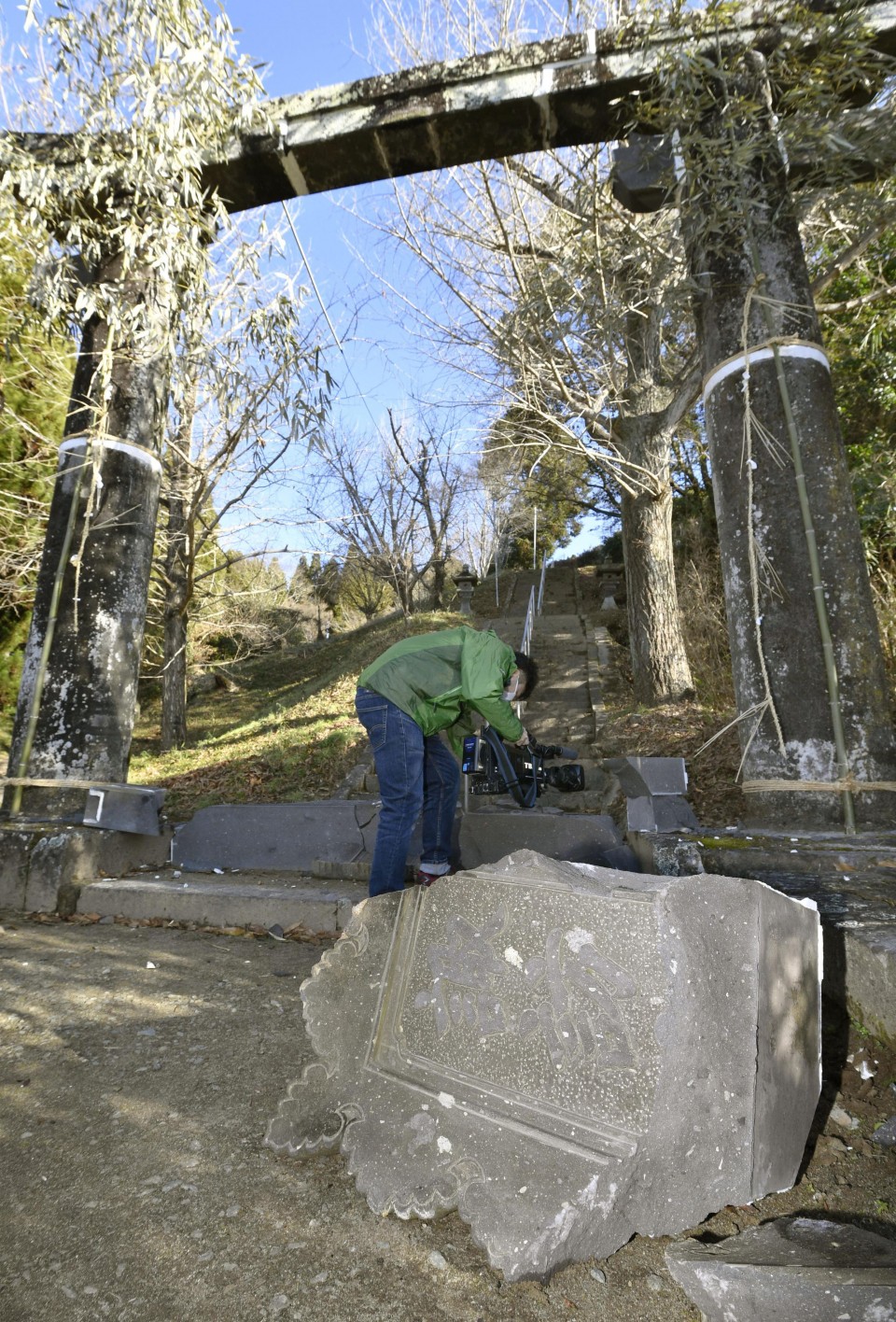 Kyushu Electric Power Co. said there was no power outage in the prefecture, which was hit by a series of deadly quakes in April 2016.

There were no abnormalities at the Genkai, Sendai and Ikata nuclear power plants in nearby prefectures, according to utilities.

"We felt short and successive vertical shakes," said Koji Fukuda, a 47-year-old noodle shop owner in Nagomi, adding his diners hid under tables and none were injured.

"The shaking was worse than the 2016 quake and I thought that a building would collapse. It was frightening," said a male shop employee in the town.

A Japan Meteorological Agency official said it believes Thursday's quake was unrelated to the 2016 quakes, including two that registered the highest level of 7 on the seismic intensity scale in the town of Mashiki.

But Shinji Toda, a seismology professor at Tohoku University, said although verification was necessary, the latest quake may have been triggered by those that struck Kumamoto Prefecture in 2016.

Since then, the number of strong quakes that can be felt has declined significantly, but multiple small quakes have continued over the years in areas hit hard this time around, Toda said.

He added, however, that the possibility of an extremely strong quake in the future is low.

The weather agency cautioned that a quake of about the same intensity could occur in the next week or so.

The central government set up an emergency task force at the prime minister's office to check on any damage with local municipalities.

"There were so many natural disasters last year throughout the country, so I did not expect that there would be an earthquake so early in the year. I am afraid of aftershocks," said a 45-year-old man who manages a hot spring facility in Nagomi.