At least one in eleven people identify as lesbian, gay, bisexual or transgender, according to a survey conducted by advertising giant Dentsu Inc., while more than two-thirds of respondents were familiar with the acronym LGBT.

Of the 60,000 people aged between 20 and 59 who responded online last October, 8.9 percent self-identified as LGBT individuals, a rise of 1.3 percentage points from the previous survey conducted in 2015, the company said.

The survey also found that 68.5 percent either knew that LGBT was an acronym for sexual minorities or had heard of the term. In 2015, 37.6 percent of respondents answered similarly.

"More people may have started to think about their sexuality as information about LGBT people has increased in the last few years," a Dentsu official in charge of the survey said.

Almost 80 percent of respondents said they wanted a deeper understanding of the LGBT community to ensure that they would not make LGBT individuals feel uncomfortable instead of just knowing the acronym. 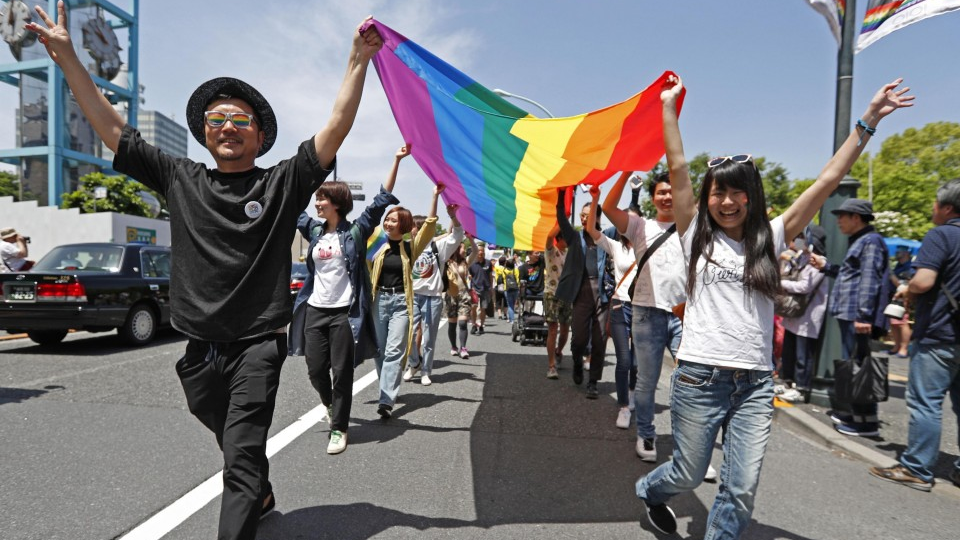 Of the LGBT respondents, 65.1 percent said they had not told anyone about their sexuality, indicating the difficulty of coming out in Japan.

Regarding same-sex marriages, recognized in some Western countries, 78.4 percent responded that they approved or were likely to approve.

In the survey, 72.1 percent wanted stronger legal protections for the LGBT community.

Discriminatory comments are still being made against the LGBT community, most recently this month by politician Katsuei Hirasawa, who said "a country would collapse" if everyone became LGBT. After a fierce backlash, he said that LGBT rights should be protected.