Ghosn to appear in Tokyo court on Tues. to hear reason for detention

Ousted Nissan Motor Co. boss Carlos Ghosn will appear in a Tokyo court on Tuesday after his lawyer requested that an open hearing be held to disclose the reason for the 64-year-old's detention lasting about one and a half months.

It will mark Ghosn's first public appearance since he was arrested Nov. 19 by Tokyo prosecutors on suspicion of understating his remuneration in financial documents submitted to Japanese regulators. He is currently being detained on a fresh allegation of transferring personal investment losses to Nissan in the past. 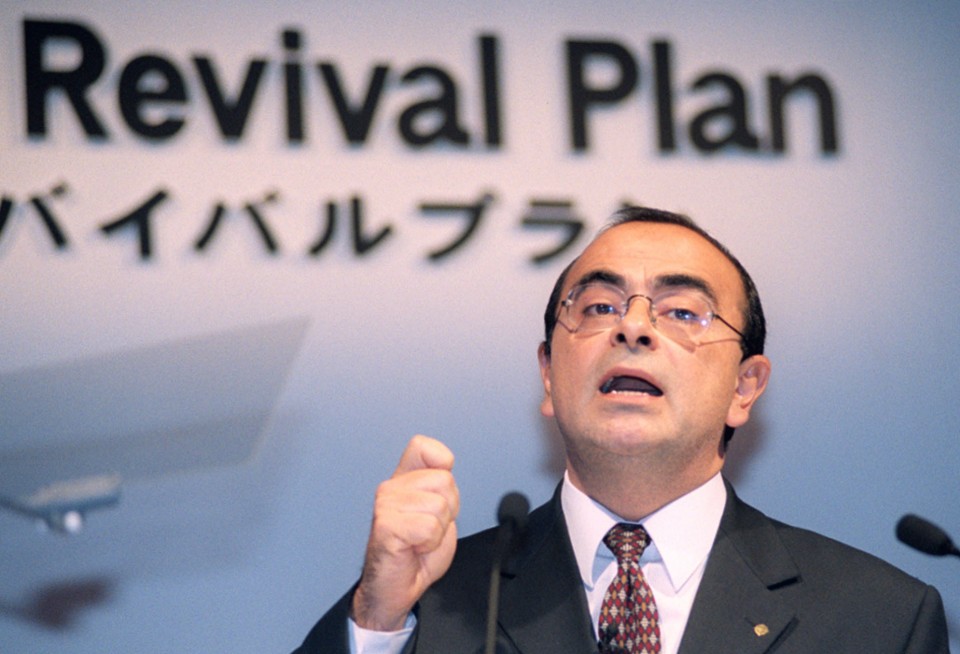 "We remain unconvinced as there are no sufficient grounds for his detention," said his Tokyo-based lawyer Motonari Otsuru, who made the request on Friday to the Tokyo District Court. "He wants to tell judges in his own words that he has not inflicted any losses on Nissan."

In Japan, prosecutors can seek court permission to detain individuals, while suspects and their lawyers can ask courts to hold hearings to offer explanations regarding why detentions have been approved.

Such hearings must occur within five days from the day the request was filed under court rules. Suspects and their defense counsel can ask questions and offer opinions in the open courtroom. Prosecutors' presence is not obligatory at such hearings.

For Ghosn's hearing, an English court interpreter is expected to be arranged to assist him.

The district court said it will begin the procedures to disclose the reason for detention from 10:30 a.m. Tuesday.

Otsuru, a former head of the Tokyo prosecutors' special investigation squad, known for dealing with high-profile political and financial cases, said he will demand that the court end Ghosn's detention after the forthcoming hearing.

The latest development came as Ghosn's current detention period is set to end Jan. 11, by when prosecutors must decide whether to indict him for alleged breach of trust in relation to the Japanese company.

The confinement of Ghosn, who was credited with saving Nissan when it was teetering on the brink of bankruptcy in the late 1990s, has sparked criticism from overseas over the possibility of his detention being legally prolonged indefinitely and the absence of lawyers during interrogations, a norm in Japan.

Ghosn was initially arrested with close aide Greg Kelly on suspicion of understating in Nissan's securities reports roughly 5 billion yen ($46.3 million) of his 10 billion yen remuneration during the five years through March 2015.

The two were arrested again on a similar allegation related to a period in addition to the five years and have already been indicted on a charge of violating Japan's financial instruments law.

Kelly was released on bail on Dec. 25 and has been staying at a hospital to treat his spinal stenosis.

The district court accepted Friday his defense counsel's request to extend his hospital stay by a week until Jan. 11. He will undergo surgery early next week, according to a source with knowledge of the matter. It is possible that he will petition for a longer stay depending on his condition after the surgery.

Ghosn's detention period, meanwhile, has been further extended as he was served with another arrest warrant on Dec. 21 for allegedly transferring personal investment losses worth 1.85 billion yen to Nissan in 2008.

The transfer allegedly took place after the contract incurred a 1.85 billion yen appraisal loss resulting from the 2008 global financial crisis and a Tokyo bank sought additional collateral, according to sources with knowledge of the matter.

The contract was transferred back to Ghosn's asset management firm with a Saudi acquaintance guaranteeing credit, they said.

The acquaintance, Khaled Al-Juffali is the vice chairman of one of Saudi Arabia's largest conglomerates involved in various industries including insurance, electric power and communications.

In return, Ghosn is suspected of using Nissan's subsidiary in the Middle East to pay Al-Juffali a total of $14.7 million from 2009 to 2012, according to the sources.

Ghosn has admitted to shifting the contract to Nissan but denied causing any real loss to the company, saying he temporarily needed the company's creditworthiness and had no intention of using the automaker's funds to erase the loss, the sources said.

He has also admitted to payments made to the acquaintance's company, but argued that it was because some Nissan-related businesses had been outsourced, they said.