Japan's Yuzuru Hanyu has stated he wants to compete next season after an injury prevented him from skating in last year's Grand Prix Final and national championships.

In a video aired Friday on "TV Asahi Big Sport Awards," the 24-year-old double Olympic champion said, "My year ended with my missing the Grand Prix Final and Japan championships." 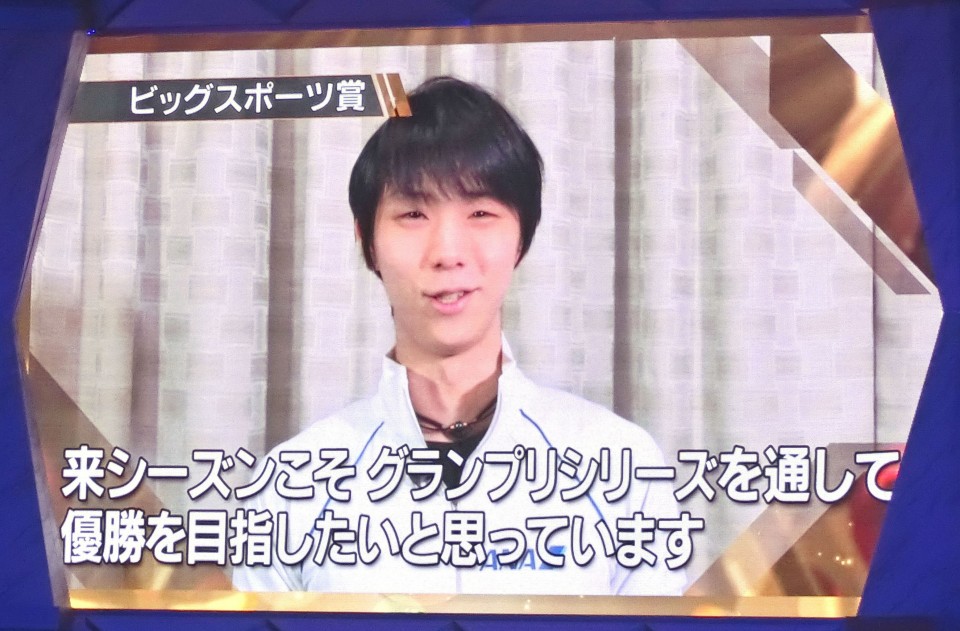 "But next season, I intend to make it through the Grand Prix series and win it all."

Although his right ankle injury prevented him from skating in the nationals, he was still selected for Japan's team to March's world championships at Saitama Super Arena, and he has said he will attempt to return.

Last February, Hanyu bounced back from injury to win his second straight Olympic men's championship. He has also won four Grand Prix Final championships. He didn't mention whether or not he would aim to skate in the 2022 Beijing Olympics.

Rika Kihira, who won the Grand Prix Final in her senior debut season, received a special award at the program, and said she was moving toward practicing quad jumps.

"Before the start of next season, I want to at least nail one in practice," said the 16-year-old.

Kihira is slated to skate in February's Four Continents Championship in Anaheim, California, and the world championships.

"I want to skate flawless programs," she said.