North Korea's leader Kim Jong Un made his fourth visit to China on Tuesday, believed to be his 36th birthday, at the invitation of President Xi Jinping, as the stalemate in Pyongyang's denuclearization negotiations with the United States continues.

During his stay, Kim is likely to meet with Xi and attempt to obtain backing from China -- North Korea's main economic and political supporter -- in envisioned fresh talks with U.S. President Donald Trump, expected to take place early this year. 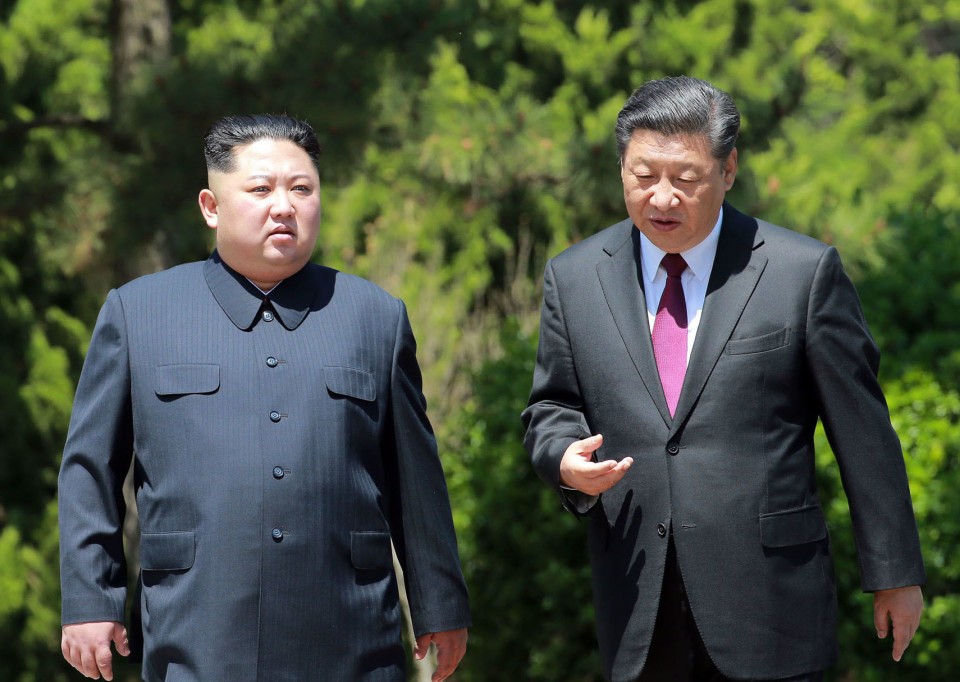 The state-run Korean Central News Agency said that Kim left Pyongyang on a special train on Monday afternoon and is scheduled to visit China through Thursday.

Kim is being accompanied by his wife Ri Sol Ju. Kim Yong Chol, who has led negotiations with the United States, and Foreign Minister Ri Yong Ho are also visiting China with the nation's leader, KCNA reported.

Some analysts say China, which has been strongly urged by Trump to curb its huge trade surplus with the United States and rectify its alleged unfair business practices, may be trying to use North Korea as a bargaining chip by demonstrating its close ties with Kim.

Tight security at the Chinese city of Dandong on the North Korean border on Monday had prompted speculation that an important dignitary would visit China by train.

Hotels around the Sino-Korean Friendship Bridge linking Dandong with the North Korean town of Sinuiju did not allow guests to enter rooms facing the river Monday afternoon, in an apparent move to prevent trains from being seen, local sources said. 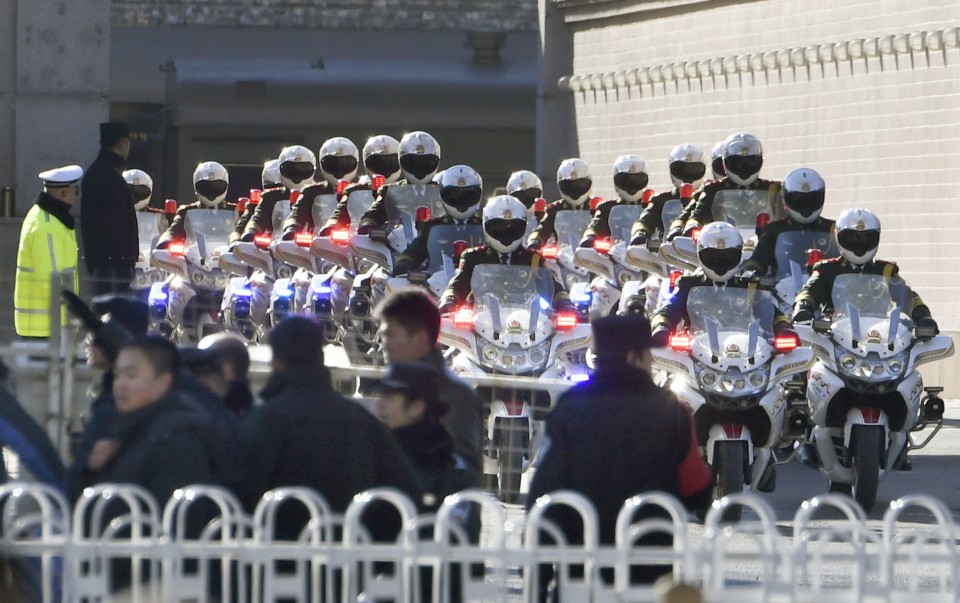 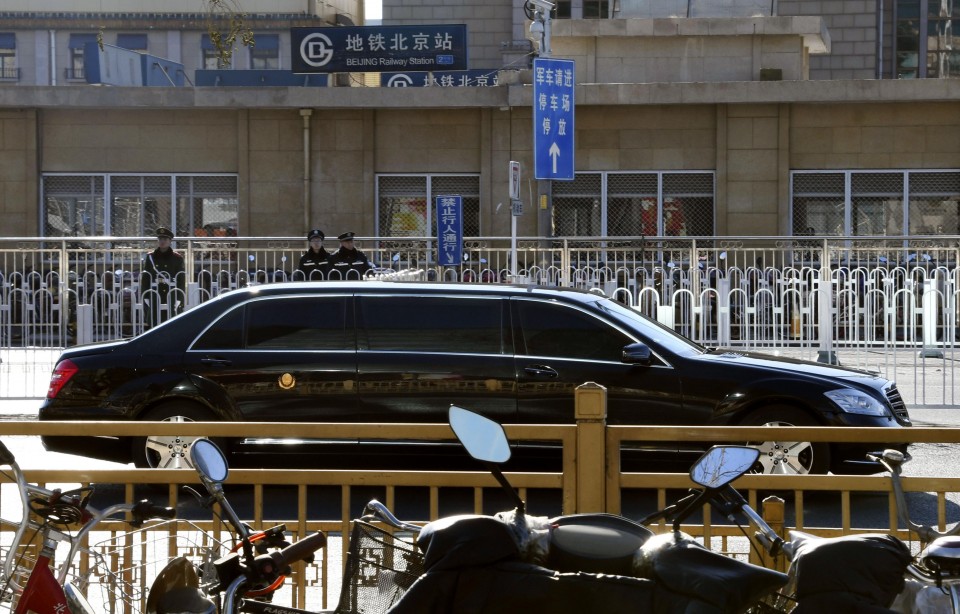 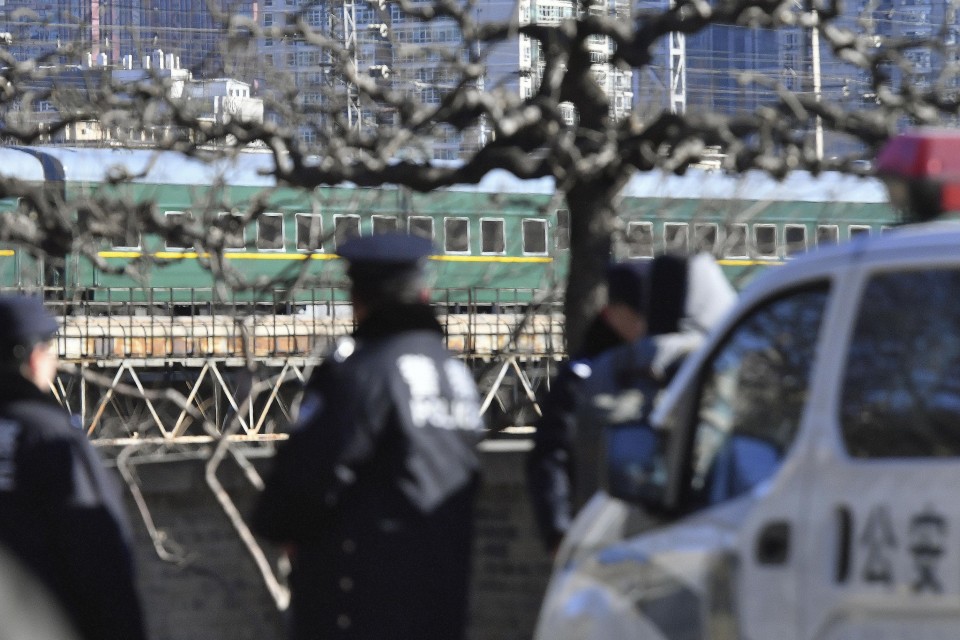 After a North Korean train reached Beijing station on Tuesday morning, Kyodo News confirmed a motorcade arrived at the Diaoyutai State Guesthouse, where foreign dignitaries usually stay on their trips to China's capital.

In his New Year's address on Jan. 1, Kim pledged to halt production of nuclear weapons while voicing readiness to meet with Trump again at any time.

At their historic meeting in Singapore on June 12, 2018, Kim and Trump agreed that the United States would provide security guarantees to North Korea in exchange for its "complete denuclearization."

But since then, negotiations between Washington and Pyongyang have been deadlocked, against a backdrop of the Trump administration's skepticism about Kim's intent to give up nuclear weapons.

North Korea has called on the United States to ease economic sanctions aimed at countering Pyongyang's ballistic missile and nuclear threats, arguing that it has already started to take concrete measures toward denuclearization of the Korean Peninsula.

China has expressed support for North Korea's position, as Kim has recently promised to put more emphasis on rebuilding his nation's economy, which is said to be stagnant due largely to the sanctions, than on bolstering its nuclear capacities.

In March last year, Kim traveled to Beijing in his first foreign trip since becoming North Korea's supreme leader following the death of his father Kim Jong Il in 2011. During 2018, he visited China a total of three times to hold talks with Xi.

China and North Korea fought together in the 1950-1953 Korean War against U.S.-led United Nations forces. The two countries have been described as "blood brothers."

Trump said last month that he expects to have a second summit with the North Korean leader in January or February, with three locations under consideration. U.S. media has cited Asian nations such as Vietnam, Mongolia and Indonesia as potential sites for the meeting.

The U.S. president also noted Sunday that Washington is discussing where to hold talks with Kim, whom Trump said he has spoken to "indirectly."

Washington and Pyongyang do not maintain diplomatic relations and remain technically at war after the Korean War ended in a cease-fire.

In the war, U.S.-led multinational forces fought alongside South Korea against the North, which was backed by China and the Soviet Union. Hostilities ceased with an armistice agreement signed in July 1953 by the U.N. Command, North Korea's military and Chinese armed forces.

China has sought to play a pivotal role in any discussions on replacing the Korean War armistice with a peace treaty, foreign affairs experts say.

Until late 2017, China-North Korea ties had been strained over Beijing's enforcement of economic sanctions imposed by the U.N. Security Council for North Korea's continued development, in defiance of international warnings, of ballistic missiles and nuclear weapons.

Relations between Beijing and Pyongyang, however, have improved markedly since Kim's first trip to China last year.