Two men have been arrested over an alleged attempt to smuggle from Thailand five otters in a carry-on bag through customs at Tokyo's Haneda Airport last October, police said Wednesday.

The Asian short-clawed otter is considered a vulnerable species by international conservation groups but is popular in Japan as a pet, and with one otter costing up to more than one million yen ($9,100), there is a flourishing illegal trade in the animal. 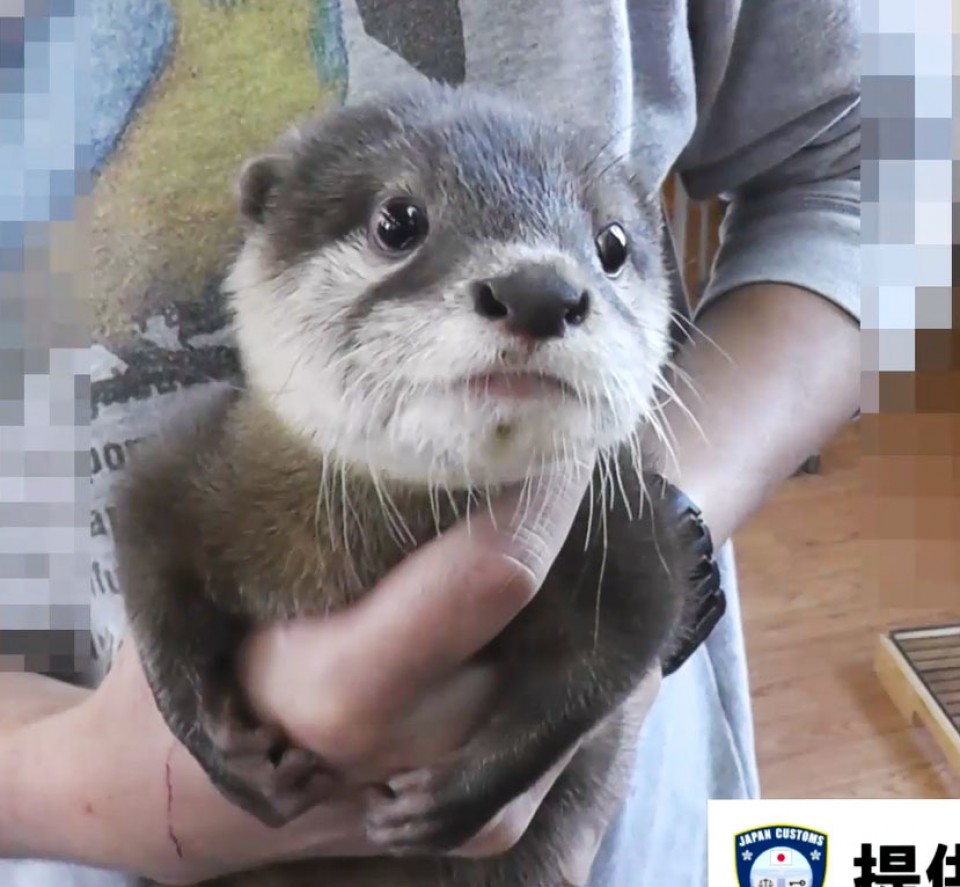 (One of the smuggled otters.)[Photo courtesy of Tokyo Customs]

Four of the five smuggled otters have died, according to the police.

Kazuhito Morita, 52, and Ryoya Hamano, 24, have both admitted to attempting to illegally import the otters.

Morita ordered the attempt to import them, while Hamano carried the bag containing the otters, the police said, adding a former gangster is suspected to be the crime's ringleader.

Morita was also arrested last October over another attempt to smuggle otters. 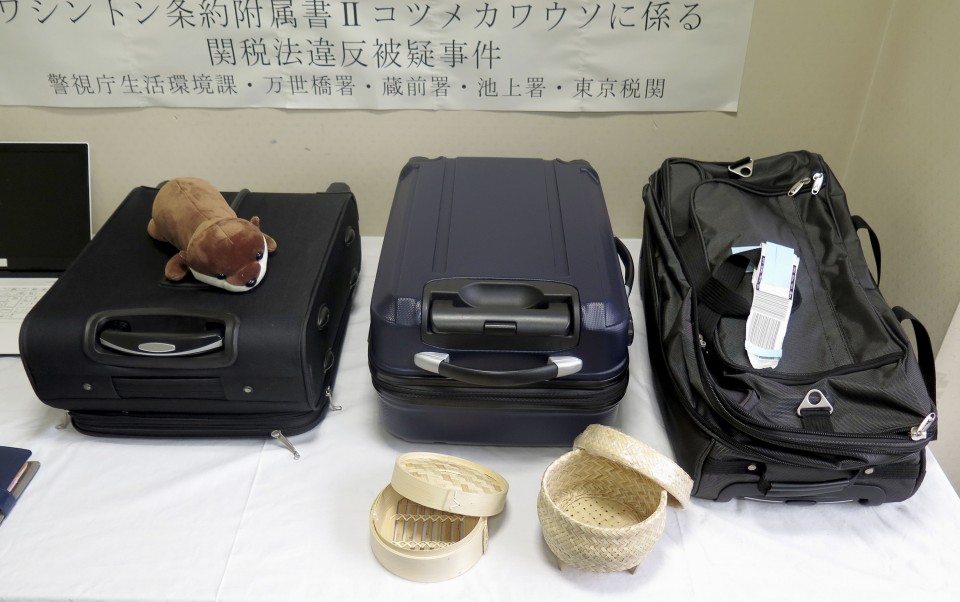 (Bags used to smuggle the otters)

"Otter cafes" have popped up in Japan recently, allowing visitors to play with them.

However, Asian otters are at risk from illegal trade to meet booming demand in Japan, according to a 2018 report by TRAFFIC, a wild life trade monitoring network.

Small-clawed otters are feared to become extinct if their trade is not regulated, and as such they are listed in the Appendix II in the Convention on International Trade in Endangered Species of Wild Fauna and Flora.