A volcano erupted on a southwestern Japan island on Thursday, with the event coming in the wake of repeated volcanic activity that had been observed there since last fall, authorities said, adding islanders are safe.

Pyroclastic flows reached some points 1.5 kilometers from the crater and ash and smoke spewed to an altitude of some 500 meters after the 9:19 a.m. eruption at Mt. Shindake on Kuchinoerabu Island, according to the authorities. 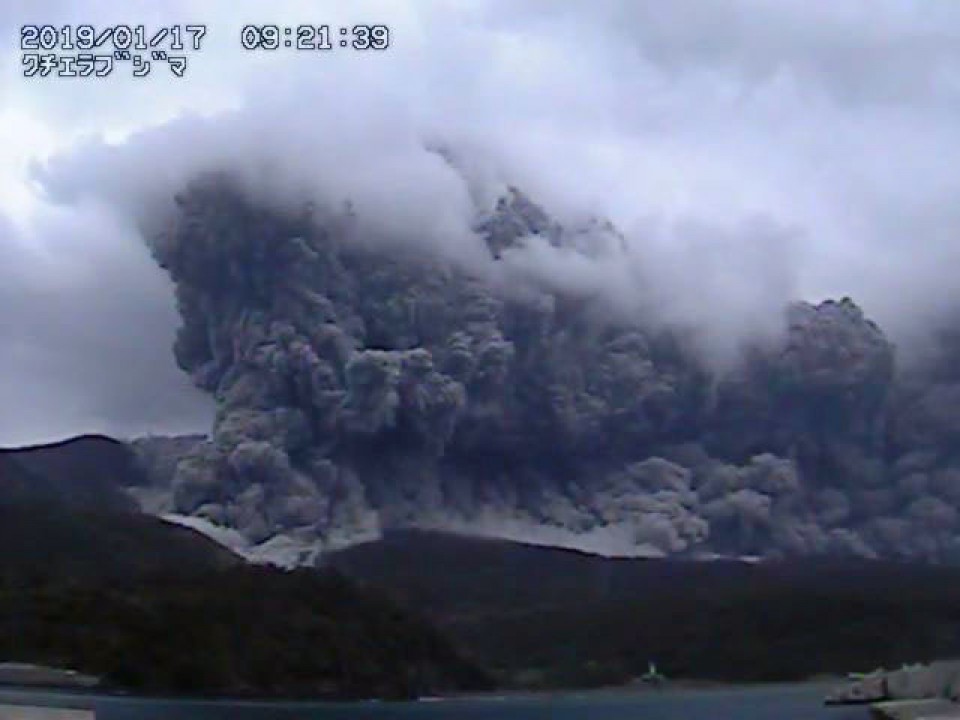 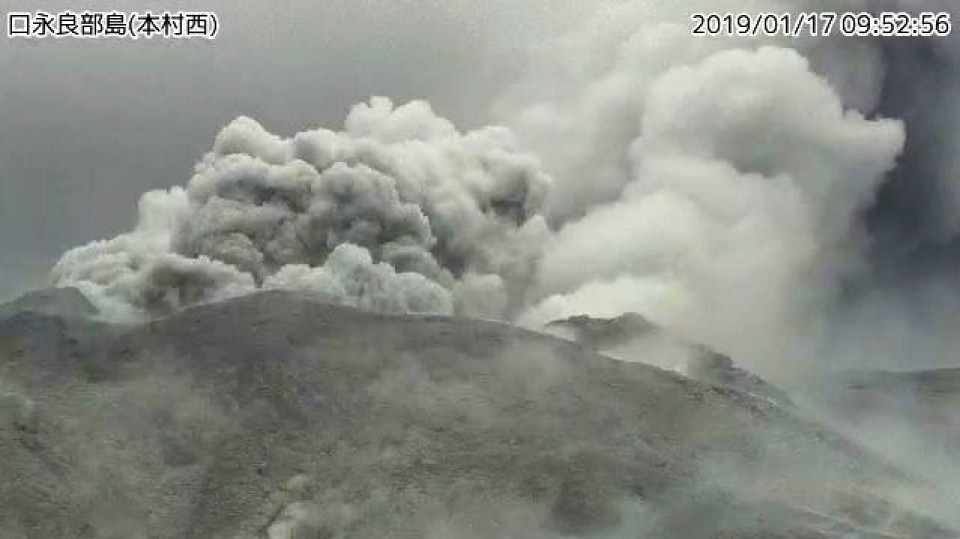 After Thursday's eruption, the Japan Meteorological Agency has maintained the island's volcano warning level at 3 on a scale of 5, which asks that climbers refrain from scaling the mountain but advises residents to go about their lives as usual.

The town office of Yakushima, which administers the island, issued an evacuation advisory for the islanders but lifted it one hour and 40 minutes later. The island has a population of 109 in 71 households as of the end of December 2018.

"We heard a booming sound and felt the earth shake for five seconds or so," said Shizuko Goto, 68, who runs an inn some 2 kilometers from the crater of the mountain.

"I was surprised and got out of the house. I saw a great volume of black smoke rising," Goto said.

In 2015, all residents of the island were evacuated to Yakushima Island, 12 kilometers to the east in Kagoshima Prefecture, after explosive eruptions at the mountain.

The mountain also had a series of large-scale eruptions last month. 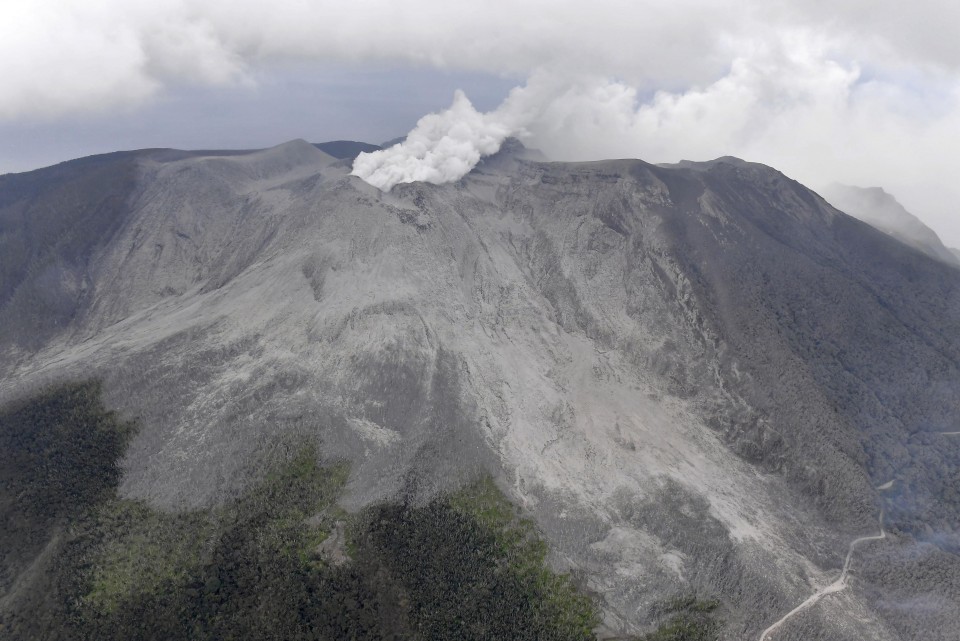 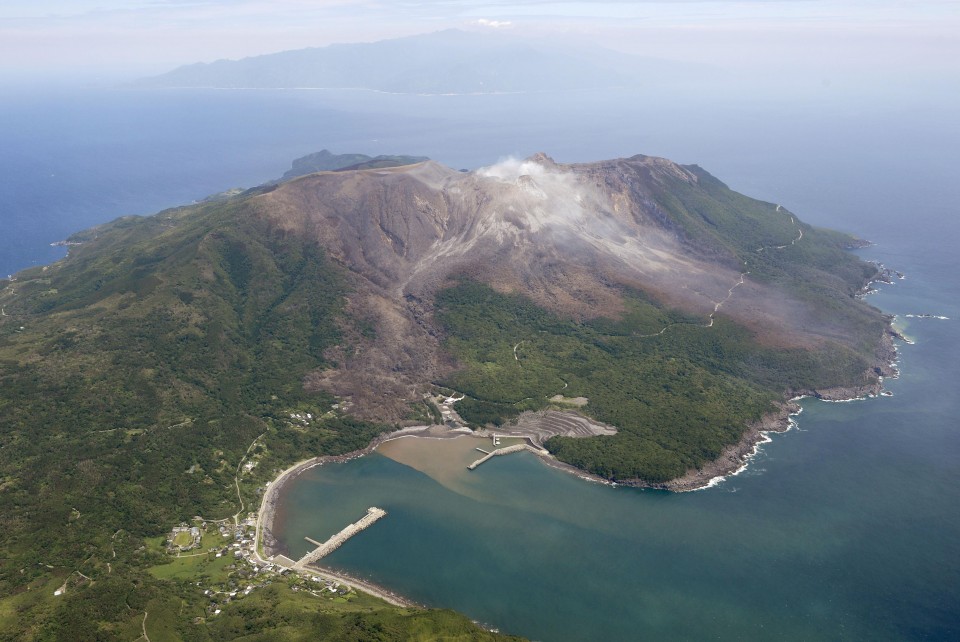