Baseball: Kikuchi returns, eager to get back in training mode

New Seattle Mariners left-hander Yusei Kikuchi returned to Japan on Sunday after completing his move to the major leagues this past week and was excited to begin preparing for his next step.

Speaking to reporters at Narita airport outside Tokyo, Kikuchi, one of Japan's top pitchers the past two seasons, implied that his track record now meant nothing.

"I'm starting all over again from scratch," he said. "Because of that, I want to make a good impression, earn a spot in the starting rotation and perform at a high level throughout the season."

"On top of my sense that they were the team that needed me the most, the Mariners were also the first team to make an offer." 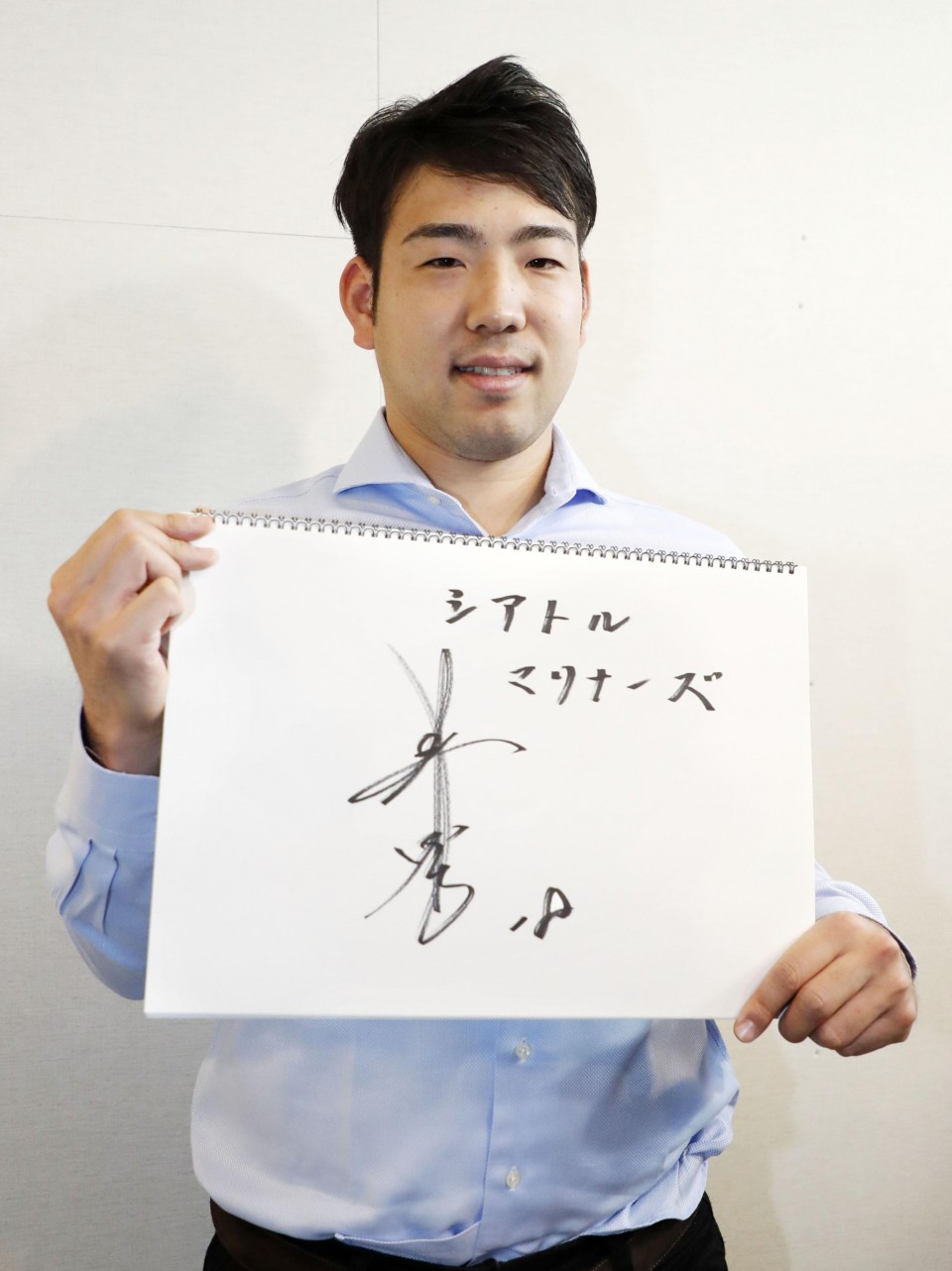 (Yusei Kikuchi shows his autograph upon his arrival at Narita airport, after signing a four-year contract with the Seattle Mariners)

The pitcher traveled to the United States in the middle of December, and his contract was announced by the Mariners just hours before Wednesday's deadline to either sign or return to Japan for 2019.

"With all that's been going on, I haven't trained in almost a week. I want to build myself up so that I can arrive in camp and be in good shape from Day 1," he said.

Kikuchi, who missed roughly three weeks last May due to shoulder stiffness, had resumed playing in catch this past December, a bit earlier than he had a year ago.

"Ahead of last season, I began throwing in January, and was forced to pick up the pace and that led to my problem," he said. "I want to do it gradually this year, so I will be fit enough to throw at full strength in camp."

Nine years ago, when Kikuchi announced his decision to join the Lions and turn his back on a contract with a major league team, tears flowed at the press conference. But on Sunday, he expressed gratitude for the path he chose.

"I've contacted the manager, the general manager and the coaches. I've received a lot of encouragement from the team's veterans," he said.

"I'm just so grateful. How great it was that I joined the Seibu Lions. These past nine years were very precious."