A growing number of Japanese schools are trying out cognitive behavioral therapy "games" to get kids to confront their everyday problems and in turn lessen the likelihood they will cut school or bully others.

Elementary and junior high schools in five prefectures have introduced the psychotherapy regimen, often applied to treat anxiety, depression or other disorders in adults, in an experiment that aims to get children to conquer their fears while having fun. 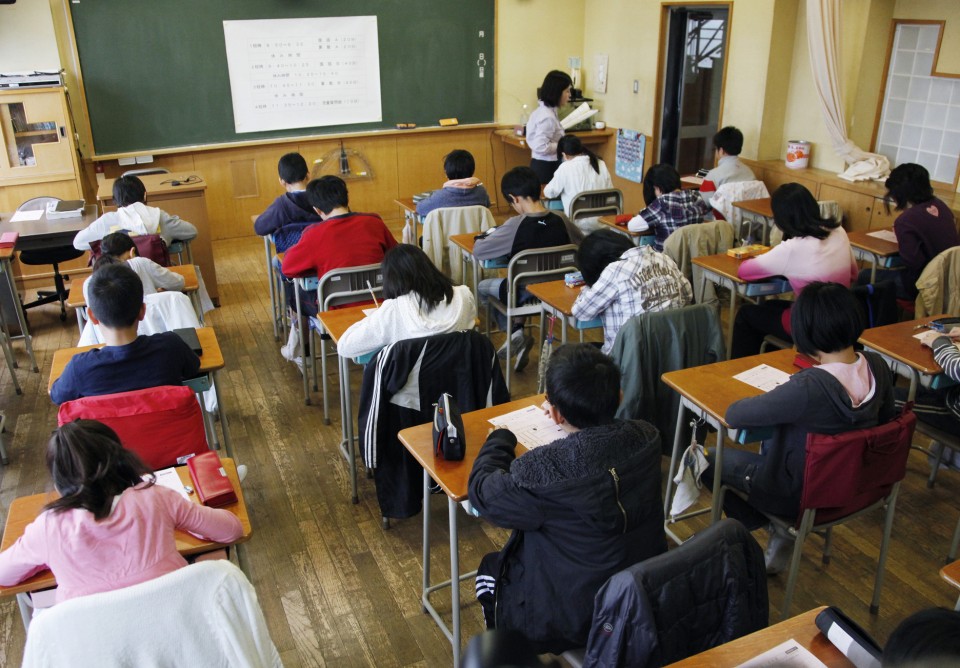 "Let's do an experiment. I want you to imagine a pink elephant," Yuto Kikuchi, 29, a teacher at Matsudo City Yakiri Elementary School in Chiba Prefecture, tells a group of about 60 sixth graders during a CBT class in early November.

Minutes later, he reverses his instructions. "Please don't think about that at all," he says. The children close their eyes and try to banish the images of pink elephants from their minds. Try as they might, many cannot.

"The pink elephant keeps popping up," one child says.

"How many of you had trouble not thinking of pink elephants?" Kikuchi asks. All raise their hands.

The point of the exercise? To become aware of patterns of thought that might occur when you fall into a state of anxiety. "The more you try not to think of something, the more you actually think of it," explains Kikuchi.

CBT works by changing people's attitudes and their behavior by focusing on the thoughts, images, beliefs and attitudes that are held and how these processes relate to the way a person behaves, as a way of dealing with dysfunctional emotions.

So, for example, by applying the CBT technique in music class, instead of a student thinking "the other kids will all laugh at me if I flop on my recorder test," the student changes mindsets as a counterargument. "I practiced a lot...Even if I flop, not everyone in the class will laugh at me."

The students learn they can challenge negative thoughts and the world around them in order to alter their unwanted behavior patterns and overcome anxieties.

The 10 CBT classes being conducted at the schools are based on a program created by the Research Center for Child Mental Development at Chiba University.

Students perform roleplaying games using a workbook, challenging themselves to become "castles of courage" to express their feelings and learn relaxation methods.

The Yakiri school began the CBT classes in April this year.

"When students become convinced in their mind that they are being badmouthed by everyone, they now can understand that a different self is able to ask 'Is this really so?'" says the school's principle Hiroko Asaoka, 59.

Aside from in Chiba, the psychotherapy method has also been introduced at schools in Saitama, Kyoto, Tottori and Fukuoka prefectures.

Anyone can experience anxiety but if it becomes excessive, there can be possible adverse effects on a person's daily life such as in children who become afraid to go to school.

According to a survey conducted in fiscal 2017 by the education ministry, of about 140,000 elementary and junior high school students who were truant from school, 33.2 percent of children cited "a tendency to feel anxiety" -- the highest percentage, and more than those who complained of apathy or relationship problems.

Yuko Urao, a specially appointed assistant professor at Chiba University who worked on the concept for the CBT program, says it will not only help prevent truancy but also prevent bullying by getting children to empathize with others.

"When a child is in trouble because they feel their anxiety grow, (this program) allows them to deal with it themselves before it becomes a mental issue," Urao says.