Katokaen, a flower farm in the suburbs of Tokyo, has built a thriving business by producing blooms that are not only pretty to look but are enriching the culinary arts with colorful petals as crisp as lettuce or as sweet and sour as berries.

Run by a couple and their daughter, the farm in Isehara, Kanagawa Prefecture, produces around 40 kinds of flowers in late autumn and early winter, including cyclamens, pansies and snapdragons, all edible and mostly free of introduced chemicals. 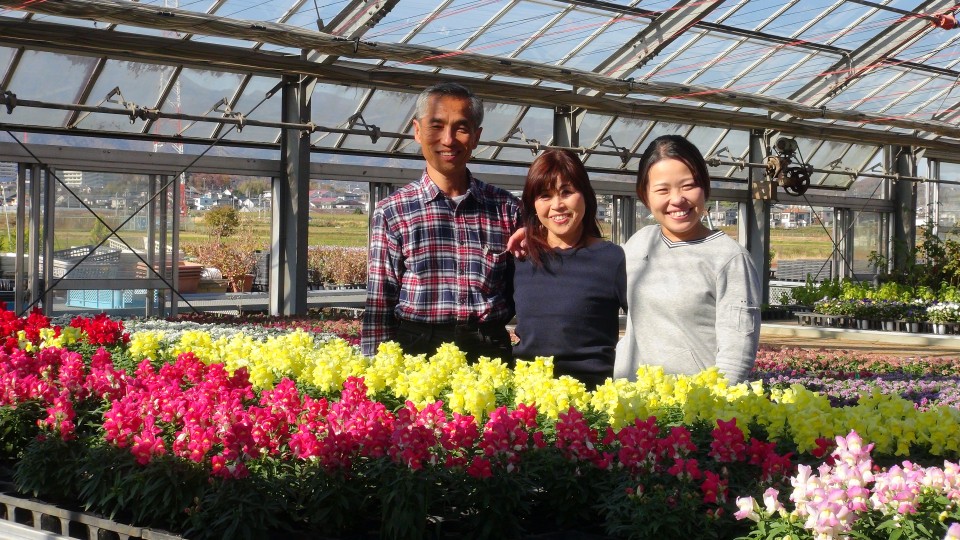 The photogenic flowers find their way into high-end hotel restaurants and enthusiasts' homes where cooks have devised myriad unique recipes that have boosted the farm's visibility on Instagram and other social media sites.

The introduction of the edible flowers at the farm stemmed from the experience of the husband Shigeharu Kato, 59, who spent 13 months in the Netherlands from 1980 to 1981 where he undertook agricultural training.

While learning ornamental flower farming in the Western Europe nation famous for producing tulips, he had an opportunity to eat an edible flower. "It was about 38 years ago, so I do not recall where and how I ate it, but I clearly remember that it came as a total surprise to me and the texture was so crispy. I was so intrigued."

For the first 10 years after his return to Japan, Kato mainly produced ornamental cyclamens but shifted to edible flower farming after his wife, Kyoko, 58, made jelly from pesticide-free flowers.

When she offered it to the attendees of a group planting class, the students were impressed and interested to know more.

"They were really amazed at the jelly and it spread so quickly by word of mouth," said Kyoko, adding that the family started receiving orders from a restaurant and eventually from hotels and individual customers.

They rarely advertise their products, but the number of clients and sales continued to grow while conventional flower farms in the area struggled to survive, with some closing due to fierce price competition and fuel costs.

The couple said the transformation from ornamental to edible flower production came so naturally because they rarely used pesticides from the beginning.

They grow flowers with organic fertilizers and put as little stress as possible on the plants by carefully adjusting the temperature and level of ventilation in the greenhouse.

The farm's flowers are used in cookies, gelato and cakes at restaurants but are also planted at facilities for the disabled because they are safe even if eaten accidentally. Customers can also purchase potted flowers so they can enjoy them as ornamental plants and pick petals when required for cooking.

Some flowers are toxic, but those that are safe for consumption offer a variety of flavors ranging from slight bitterness or sourness, while others can have a taste like the nose-bending Japanese condiment wasabi.

Olive Tree, an Italian restaurant in Isehara, uses edible flowers in its salads and cakes. The restauranteur Kazuyoshi Yoneyama said flowers are useful in a number of dishes because their flavors are often subtle and do not dominate other ingredients. 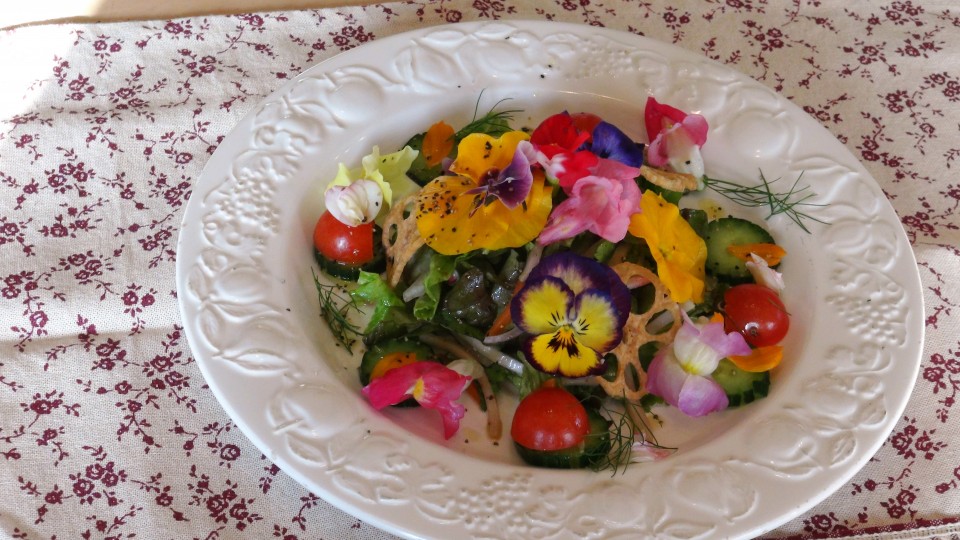 "Colorful petals are so eye-catching and menu items using flowers prove very popular. Flowers are low in calories but rich in nutrients," he said.

The Kato family business is now supported by Ran Tanahashi, 34, their eldest daughter, who, like her father, trained in farming methods in the Netherlands. Around 2005, she spent about a year in the Lowlands learning from the world's leading flower producing country.

Tanahashi has always wanted to work in the agricultural industry and she said her experience in the Netherlands has inspired her to further pursue her career in the field while reviving her local community.

"I saw many people sending flowers as a gift much more casually at parties and other occasions to express their gratitude. Edible flowers were also closely linked to people's lives," with many homes in the Netherlands having herbal or edible floral gardens just outside kitchens. Often, flowers can be found as decoration in every room of a person's home, said Tanahashi.

"I want to bring flowers closer to people here in Japan too," she said, adding she hopes to make use of her expertise in floral arrangement and decoration gained before joining the family business about three years ago.

To ensure there is no need for pesticides, the family mixes charcoal, the wood chips of the neem tree and Chinese herbs into the soil to keep bugs away. They also try not to be "overprotective," meaning they do not readily water the flowers so the plants extend their roots deeper and grow stronger.

But it is easier said than done and Kato admits there were times when he just had to abandon some flower types in order to keep the method as "friendly" as possible, and to grow safe products.

Despite the tending and production of edible flowers requiring so much care, the family finds it fascinating, they say.

"When you eat something delicious or listen to a cool song you are moved. Same applies to flowers. If you see a dish using pretty flowers you say 'Wow it's so pretty.' This kind of thrilling or electrifying experience reinvigorates. This is what makes me keep farming flowers," said Kyoko.