Leaders from the Group of 20 major economies on Saturday warned that the ongoing U.S.-China trade tensions have been hurting the global trading system, but shied away from incorporating the traditionally used phrase "fight protectionism" in their communique.

As the U.S. administration of President Donald Trump has ramped up trade restraints to protect domestic industries, member countries of the G-20, designed to discuss economic and monetary policy matters, took into account the insistence of Washington.

Meanwhile, the communique, issued after their two-day summit in Buenos Aires, emphasized the importance of reforming the functioning of the World Trade Organization, apparently targeting China's alleged unfair business practices.

The G-20 sees the multilateral trading system is "currently falling short of its objectives and there is room for improvement," the document showed, adding it pledged to "use all policy tools to achieve strong, sustainable, balanced and inclusive growth."

At their summit last year, the G-20 nations agreed in a joint declaration that they will "continue to fight protectionism including all unfair trade practices and recognize the role of legitimate trade defense instruments."

The G-20, which started to hold an annual summit in 2008, managed to adopt a communique but a failure to mention a key commitment in their joint statement has deepened skepticism about the international framework's ability to find common ground.

Argentina's President Mauricio Macri, the summit's host, said at a press conference following the gathering that the United States did not accept a proposal by its G-20 counterparts to refer to "fighting protectionism" in the communique. 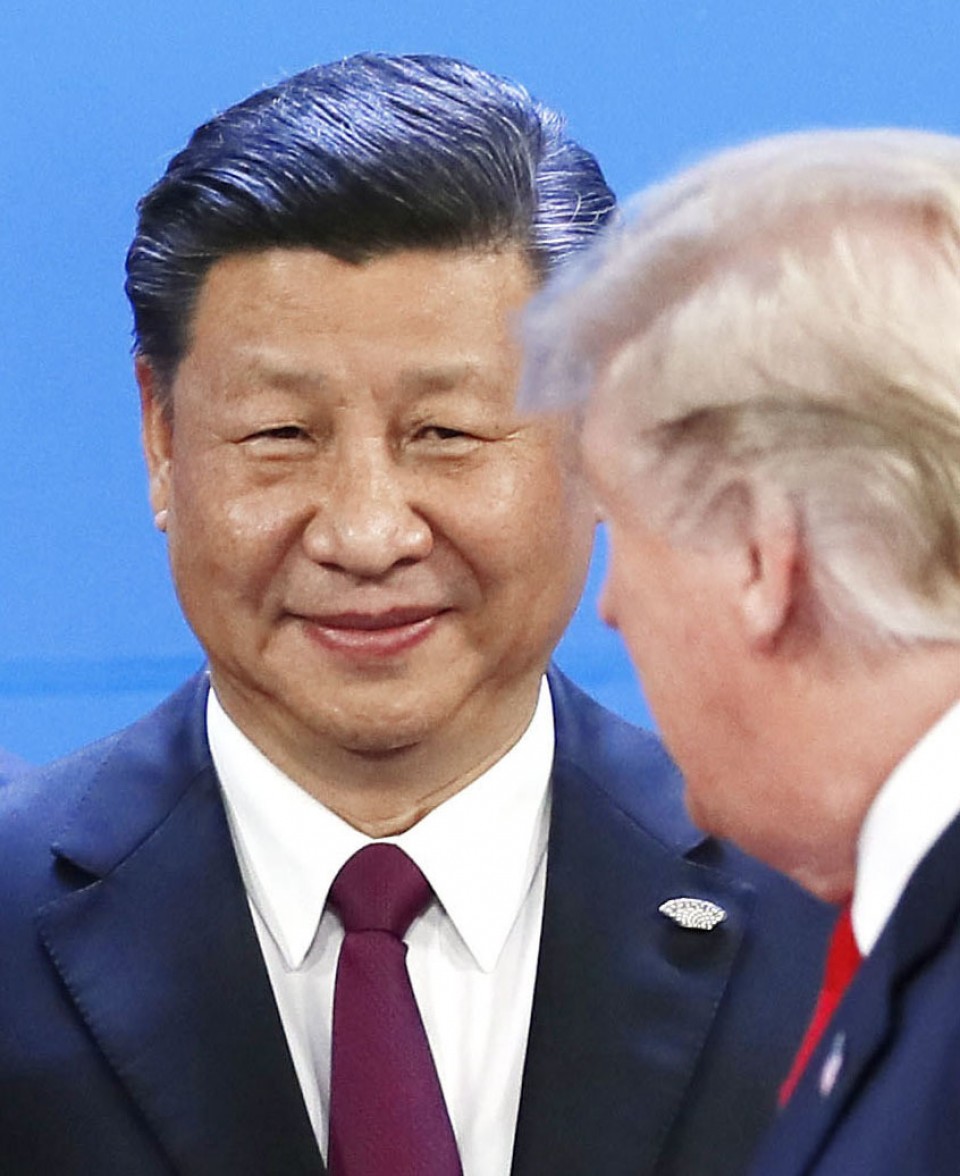 The G-20 leaders mapped out a joint communique after struggling to coordinate the wording of the envisioned statement, diplomatic sources said.

At the Asia-Pacific Economic Cooperation summit last month, leaders of the 21 members were not able to finalize a joint declaration for the first time since the forum began in 1993, against a backdrop of the deepening divide between Washington and Beijing.

In the latest communique, the G-20 countries said that they would "safeguard against downside risks, by stepping up our dialogue and actions to enhance confidence," calling on Washington and Beijing to ease trade strains through talks.

Contrary to their treatment of the United States, the G-20 leaders placed a requirement on China.

"We renew our commitment to work together to improve a rules-based international order that is capable of effectively responding to a rapidly changing world," the G-20 said in the statement.

The G-20 supports "the necessary reform of the WTO to improve its functioning. We will review progress at our next Summit," the communique said.

China has been long urged by many G-20 members to conduct fundamental reforms to stem its alleged unfair trade and investment practices, such as stealing intellectual property and technology from other nations and giving opaque benefits to state-owned firms.

"Today is a great day for the United States," a senior U.S. government official told reporters on Saturday. "For the first time ever, the G-20 recognized the WTO is currently falling short of meeting its objectives and that it's in need of reform."

The United States, along with the European Union and Japan, has been seeking the reform of the WTO, established in 1995, to reflect developments in the global economy and ensure transparent and open international trade.

At the summit, the G-20 is also expected to have discussed how to deal with China's so-called debt trap, in which countries receiving massive loans from China end up giving up control of key infrastructure after the debts become unpayable.

Trump is believed to be trying not only to reduce the huge U.S. trade deficit with China but to sell U.S. products in the Chinese market without fears of intellectual property and technology theft, the sources said.

Since the beginning of this year, Washington and Beijing have been engaged in tit-for-tat rounds of punitive tariffs on each other's imports and a compromise is nowhere in sight.

On the sidelines of the G-20 summit, Trump and Xi held their first face-to-face talks since November 2017.