Tennis: Back to his best, Kei Nishikori gunning for ultimate success

A career-threatening wrist injury left Japanese tennis' top male player fighting the fear that he may never again find himself among the world's best, but after clawing his way back to the top, Kei Nishikori says he again has his sights set on a Grand Slam title.

"I was scared. The wrist is needed in tennis. I just kept thinking I would always have to play with this feeling of anxiety," Nishikori told Kyodo News in a recent interview in Tokyo.

"I went without surgery but I was told there was a possibility that it might happen again," he said. "I kept playing with my major goal being a return (to the top of the rankings). I had a feeling throughout this season that I was climbing a staircase, one step at a time."

Amazingly, by the end of the 2018 season, the 28-year-old Nishikori almost reached the penthouse, but it was not easy to scale the rankings back to the world's top 10.

"I was able to bring the level of my tennis up to 100 percent in the second half (of the season)," said Nishikori, who slid to a low of 39 in the world as, via a second-tier tour, he battled back from the injury that kept him off the court for five months.

"I played without pressure this year. I was able to take a full swing at tennis, but I know I need to aim higher next year," he said.

Nishikori made his competitive return in January after suffering a ruptured tendon in his right wrist in the summer of 2017.

Doctors who assessed the injury, which the player thought may end his professional career, recommended he go under the knife, but Nishikori resisted.

Instead, he opted for rehab, but said it was a difficult time in which he was unable to find inner peace.

And upon his return, his struggles were still not behind him.

Nishikori lost to a qualifier at an ATP Challenger Tour event, stirring concerns that the former world No. 4 had perhaps returned too early.

But, by season's end, Nishikori had risen to world No. 9 and booked a spot in the season-ending ATP Finals which features the top eight singles players. He said the comeback was evidence that not only can he bounce back, but he can improve after a crisis.

"I played at the net more this season and was able to pull off more aggressive plays," he said. "Getting injured gave me the opportunity to re-examine some small things like my serves. I trained well during the layoff, so I'm in good physical shape."

Nishikori said he had "ups and downs" during the first half of the season and could not play at 100 percent, however, he was finally able to turn the corner at the U.S. Open.

In the final Grand Slam of the year, Nishikori beat Marin Cilic in five sets to set up a semifinal meeting with Novak Djokovic, before losing in straight sets to the top-ranked Serbian.

It was Nishikori's best Grand Slam result of the year following a quarterfinal run at Wimbledon.

Nishikori reached three finals and three semifinals on the world tour, finishing runner-up to Rafael Nadal at the Monte-Carlo Masters and being beaten by Daniil Medvedev and Kevin Anderson in the finals of the Japan Open and Vienna Open, respectively. 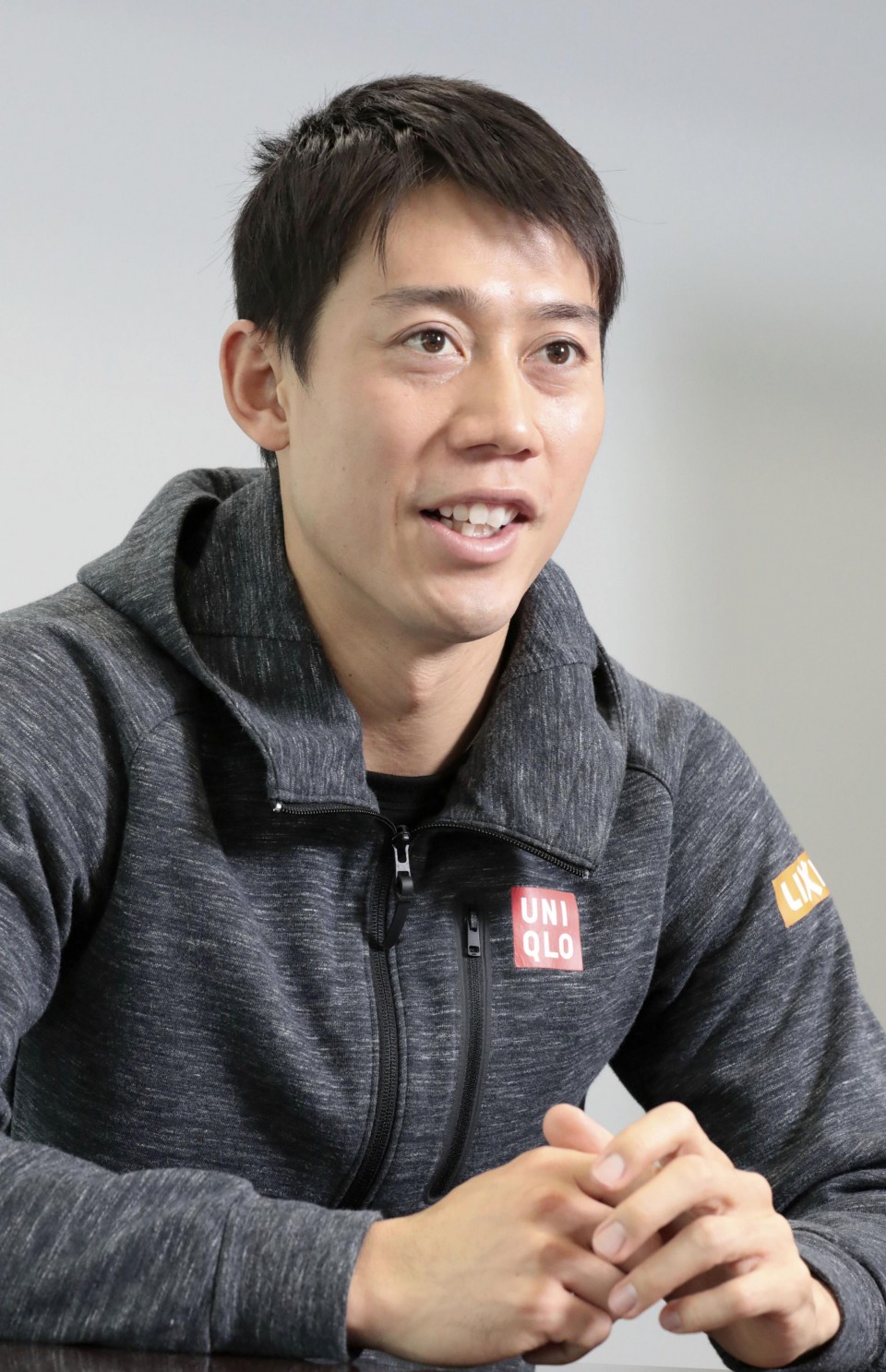 (Nishikori in an interview with Kyodo)

But the season also saw a new generation of players make some bold statements, none more so than 21-year-old Alexander Zverev who won last month's ATP Finals where Nishikori opened with a straight-sets win over Roger Federer before failing to advance after two group stage losses.

But the Japanese star says he has the experience required to allow him to fend off the young up-and-comers while competing against the world's established stars, adding luck may also guide him along the way.

"I have gained a lot in terms of experience," he said. "I'll prepare as I always do so I can take advantage of my chances when they happen. Luck is important."

Nishikori said he is also eyeing the 2020 Summer Olympics, when sport's biggest show returns to Tokyo in less than two years, hoping to add to his bronze medal won at the 2016 Rio de Janeiro Games.

"It's special that it will take place in Japan. It's pretty rare to come across it," he said. "I want to get stronger and compete in good condition."

First, however, he wants to add a major title to his collection this year, he said.

"I want to gun for my best, as I always have, and win a Grand Slam title or a Masters title. That is my goal."