Japanese tea award brings variety back to the consumer

The Japanese Green Tea Award held its annual Tokyo Tea Party over the weekend in the Japan capital’s Shibuya Ward, an event that goes against the grain to champion the variety, taste, and appeal of Japanese green tea.

The 2018 Nihoncha Award (日本茶AWARD) saw nearly 400 teas submitted by producers across Japan whittled down to a shortlist of 19 by industry experts.

During the Tokyo Tea Party, held at an event space in retail complex Shibuya Hikarie across three days from November 30 to December 2, the shortlisted teas were served to consumers and tea enthusiasts who voted for their favorite. 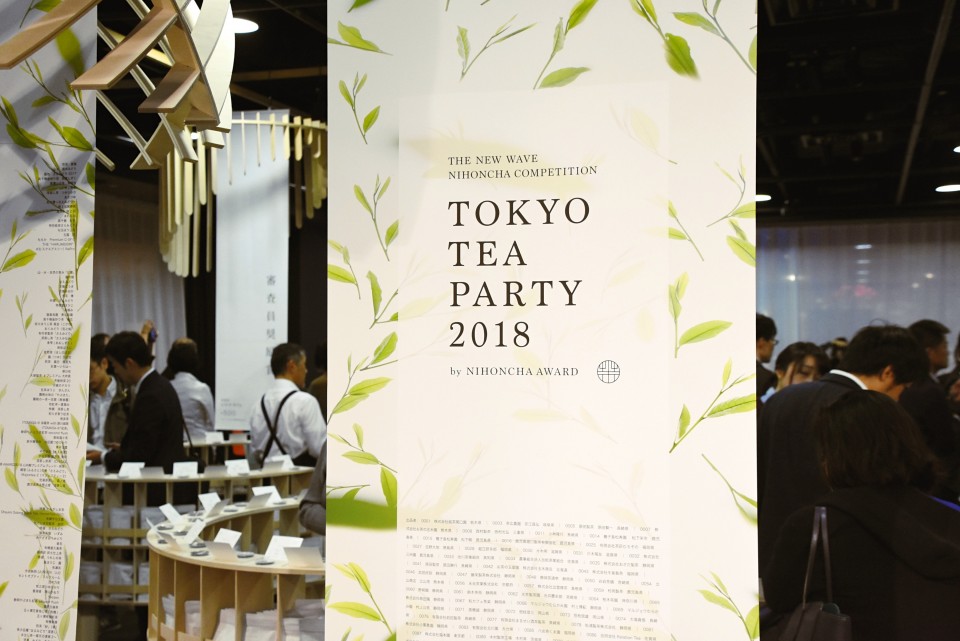 Top honors this year went to Asatsuyu, a tamaryokucha tea from grower Chayu, based in Nagasaki Prefecture, southwestern Japan, which took out the Nihoncha Grand Prize, also known as the Ministry of Agriculture, Forestry and Fisheries Award.

Over 1,000 tea enthusiasts placed their votes during the competition which, including the weekend’s event in Shibuya, incorporated votes from eight tasting events held across Japan as well as one held in Paris, France in October.

2018 was the fifth outing for an award and event through which organizers aim to showcase the variety of tea produced across Japan, and more importantly, its taste.

“When it comes to drinking tea, taking in the fragrance and discovering the taste, this is the most important thing, but in many reviews the best ratings are afforded as a result of looking at the leaves and picking out those with the most beautiful shape, or that produce the best color,” he continued.

“So, the excellent teas are decided upon before drinking, and those teas that are actually delicious are being neglected.”

“Japanese tea is capable of greater variety than this, but even though it can deliver variety in fragrance, and products that can be completely different depending on production area, everything has become the same. Japanese tea has been losing its appeal.”

To address this issue then, the Nihoncha Award and events like the Tokyo Tea Party bring this variety in Japanese tea directly to the consumer, not only through the tasting and voting process, but also through sampling and sales of previous award-winning teas at the event venue where enthusiasts and members of the public have the chance to rub shoulders with experts.

“If we only offer, say five or 10 teas to taste, it would be a much easier process, but this kind of sample is too small for the consumer,” explains Kuwabara of the event’s structure that sees sessions of tasters, chosen by application, try each of the shortlisted teas (19 for this year's award) one after the other, marked by a number only. 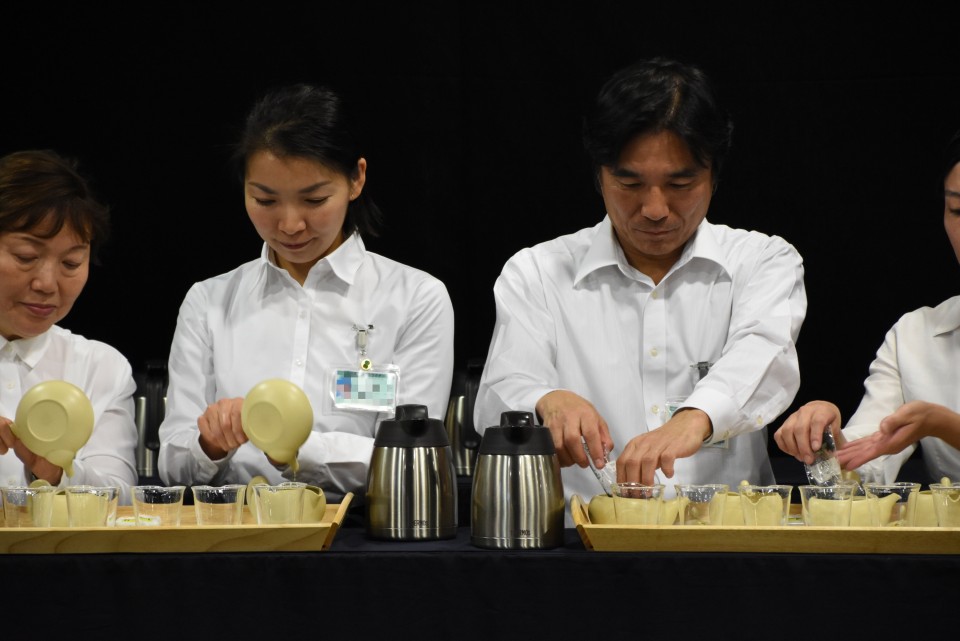 (Tea is readied to be served at the Tokyo Tea Party, held in Shibuya over the weekend)

“Japanese people are the type that typically, if one person goes in a particular direction, the others will follow.  To avoid this situation we have to offer a wider range (of teas), to show that tea can take a variety of forms, that production areas can produce a variety of teas.”

The award carries plenty of significance for the producers themselves, often resulting in a significant increase in both profile and sales, domestic and international, for the winners who, in some cases, have sold out of their product as a result of the increased recognition.

Recognition resulting from the Nihoncha Award perhaps carries greater weight for the industry in Japan as whole, which, according to Kuwabara, has seen a decline in tea production over the last 40 years or so, falling from around 115,000 tons to 80,000 tons, as of 2017.  Set against a backdrop of global tea production that, as a whole, has increased over the same time period, Kuwabara reflects that, “perhaps Japan has been traveling, a little bit, in the wrong direction.”

While Kuwabara recognizes that the achievements of the Nihoncha Award may be small when viewed against the industry at large, he hopes that, through the award, Japanese tea can be set back onto a path towards expansion, something which starts with connecting the consumer to the teas they like.

“This is the fifth year of the award and I think that people have come to know and trust that the teas we introduce will be delicious.”