Fukuoka a treat for the eyes and taste buds

Don't let its compact size fool you. The city of Fukuoka is chock-full of tourist draws including ancient temples, bustling nightlife and a rich culinary tradition.

For many, the city's main attraction is food. Hakata ramen, which is characterized by wire-thin noodles and "tonkotsu" soup broth taken from pork bones, may be the most famous dish, helped by the prominence of chains such as Ippudo and Ichiran.

While every establishment has its own take on the dish, there are some common threads -- noodles are served in the customer's consistency of choice: "yawa" (soft), "futsu" (regular), "kata" (hard), "bari kata" (very hard); you can ask for an extra helping of noodles or "kaedama" for 100 yen or so; many shops provide garnishes such as garlic and pickled ginger if you want to change the taste. 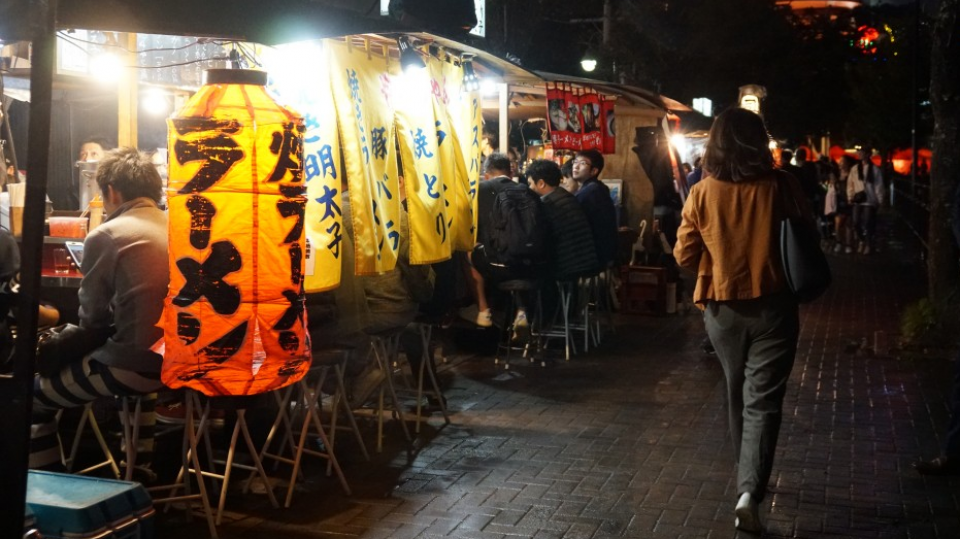 Other popular dishes include "karashi mentaiko," or spicy Alaska pollock roe, and "motsu-nabe," a stew made with beef or pork tripe. Such dishes can be had at one of Fukuoka's famous "yatai" food stalls, which line the sidewalks in the busiest parts of town.

For shopping, the Tenjin area is the place for everything from ritzy department stores like Mitsukoshi to hip boutiques. There is also a sprawling underground mall that contains more than 150 shops. In the evening, you may want to explore nearby Nakasu, the city's lively entertainment district.

If history and culture is what you're looking for, hop on a train to Dazaifu, which in ancient times housed the shogunate's provincial government and served as a hub for diplomatic relations with China and the Korean Peninsula.

The main draw here is Dazaifu Tenmangu, a stunning Shinto shrine that is said to house the spirit of Sugawara no Michizane, a ninth century noble revered as the god of learning.

Also worth dropping by is the Kyushu National Museum, instantly recognizable by its glass facade. Inside you will find priceless artifacts that provide clues to the origins of Japanese culture.