Baseball: Ex-MLB pitcher Iwakuma to return to Japan with Giants

The Yomiuri Giants announced Thursday they have reached an agreement to acquire former major league pitcher Hisashi Iwakuma for next season.

Iwakuma left the Seattle Mariners organization after this past season in order to continue his playing career in Japan. The 37-year-old spent the entire year in the minors after his 2017 season was cut short due to shoulder issues.

Giants manager Tatsunori Hara said he is proud of the career Iwakuma has cultivated so far, and hopes he will "put all of his heart into fighting for Yomiuri."

The Central League club said they will hold an official press conference after Iwakuma signs a formal contract. 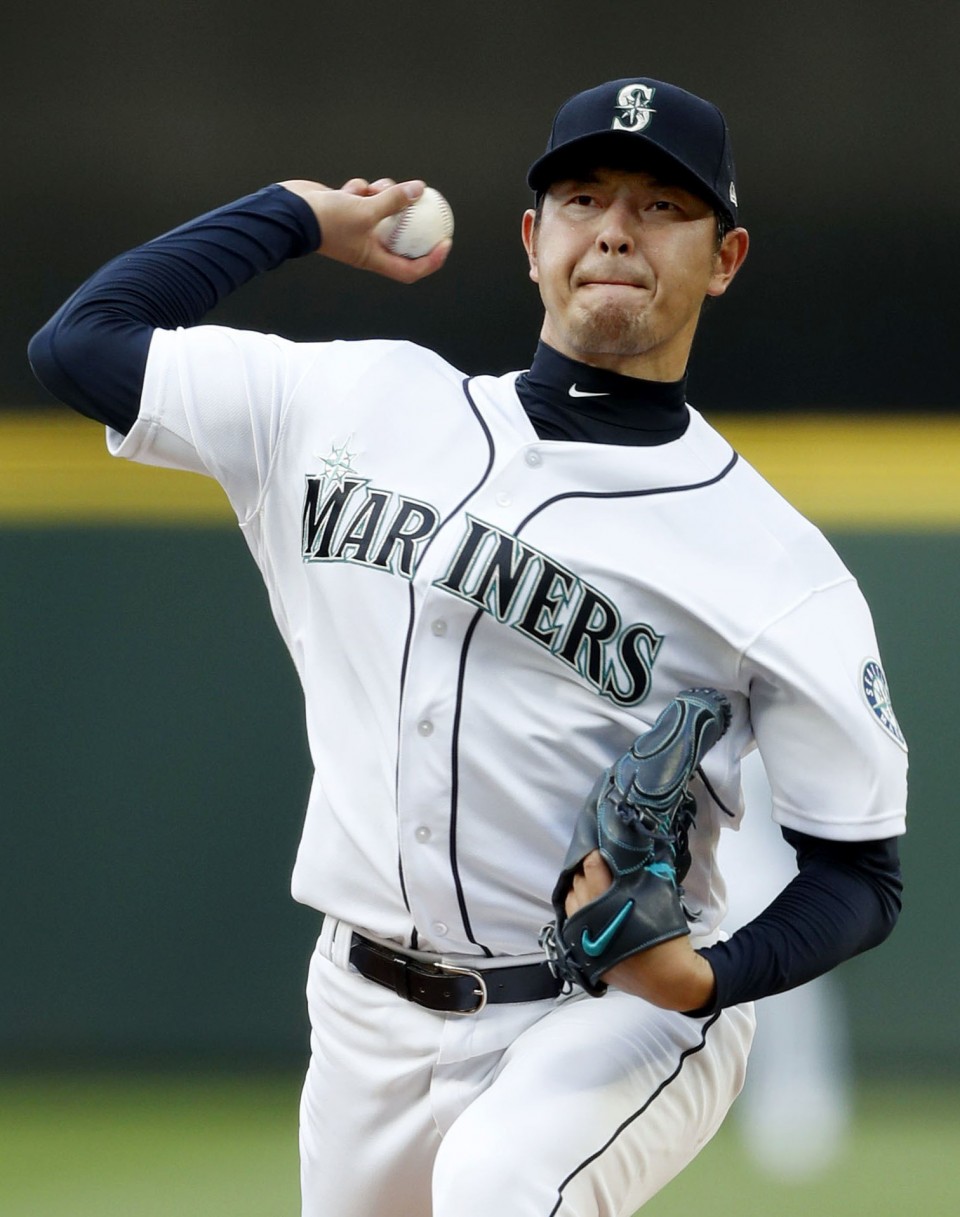 The Japanese right-hander had been seeking to return to the majors since he underwent shoulder surgery in September 2017 but decided to turn elsewhere after being offered a coaching role with the Mariners.

Iwakuma spent all six years of his major league career with the Mariners but only made six starts in 2017, which was his first season in the majors without a win.

He signed a minor league deal with the Mariners after the American League team declined his 2018 option.

Before going overseas, Iwakuma had a standout career with the Kintetsu Buffaloes (now Orix Buffaloes) and Rakuten Eagles in Nippon Professional Baseball, where he went 107-69 with a 3.25 ERA in 226 games between 2001 and 2011.

In 2008, he was the Pacific League MVP and won the Sawamura Award as Japan's most outstanding starting pitcher.