Yusei Kikuchi's impending move to the major leagues this winter has been planned out long in advance, according to sources close to the Japanese left-handed pitcher.

From the instant the Seibu Lions announced they would be willing to post their No. 1 pitcher this offseason, Kikuchi began sidestepping questions when asked what he himself wanted to do. But for years now, he had been preparing for this opportunity both on and off the field.

"He has been building up to this for several years now, with English lessons once a week," a source told Kyodo News recently on condition of anonymity. "He would like to be the first Japanese player to make a speech (at his opening press conference) in English."

Kikuchi also tried out a two-seam fastball this season, a somewhat rare sight in Japan but one that is considered a trademark of major league pitching. The two-seam sinking fastball has received a huge amount of publicity since 2017, when Japan's defeat in the World Baseball Classic was in part attributed to the pitch and the inability of its hitters to cope with it.

"He tried that out, but it was not a good pitch for him," the source said. 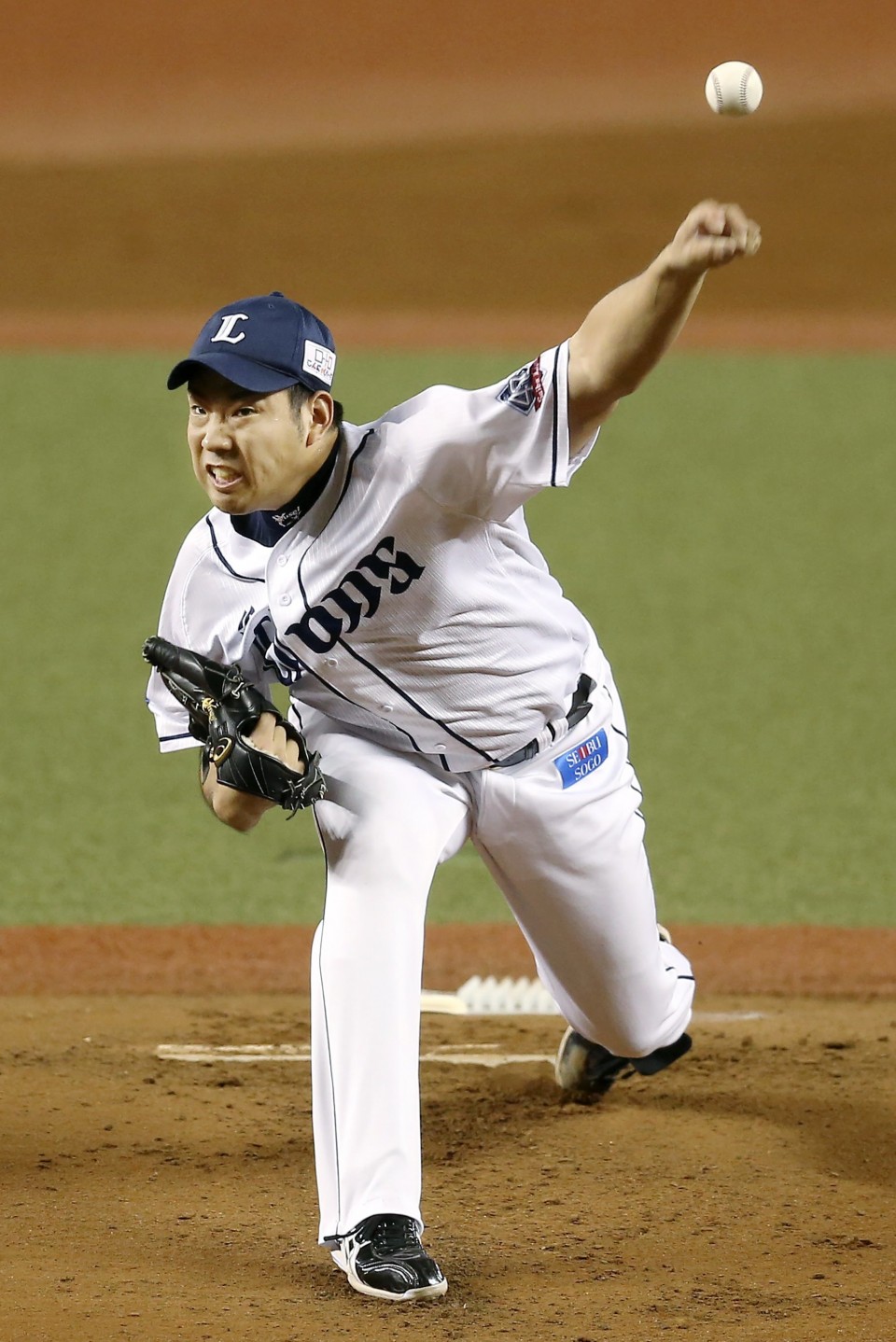 Kikuchi dropped another hint this past summer, when he told reporters at Zozo Marine Stadium on June 23, that he was consulting with analysts to sharpen up his mechanics. After years of concern about what he might be doing wrong, getting simple answers, he said, has been a load off his mind.

"I go back after every start and see the numbers," Kikuchi said. "I have a sense of how well I did, but it's good to have the numbers to back that up."

"Since I was in high school, I've tinkered with my mechanics. It's been a constant worry for me. Now with the data, I can tell if my release point is too far back or too far forward. I don't have to guess."

"In the past I would try every possible position and fret over it. But if it's something I can understand (through the data), it's one less thing I need to worry about."

Kikuchi's consultants, from Japan's Next Base Corp., started working with the 27-year-old this year using software that allows pitchers to see how their pitches appear to opposing batters and make adjustments accordingly.

The raw data his consultants use comes from TrackMan, a pitch tracking system that has only recently become widespread in Nippon Professional Baseball.

"He wanted to use the data to check his pitching form, for one thing and to sharpen his pitches so that they would be more effective in the majors," said Dr. Tsutomu Jinji, whose biomechanics research and experience working directly with professional pitchers underlies the company's product.

"Mr. Kikuchi throws three quarters, so he is often worried about whether his release point is too far toward first base (too low) or toward third base (too high)."

"He also wanted to make sure his hand position was correct so that he got more hop on his fastball." 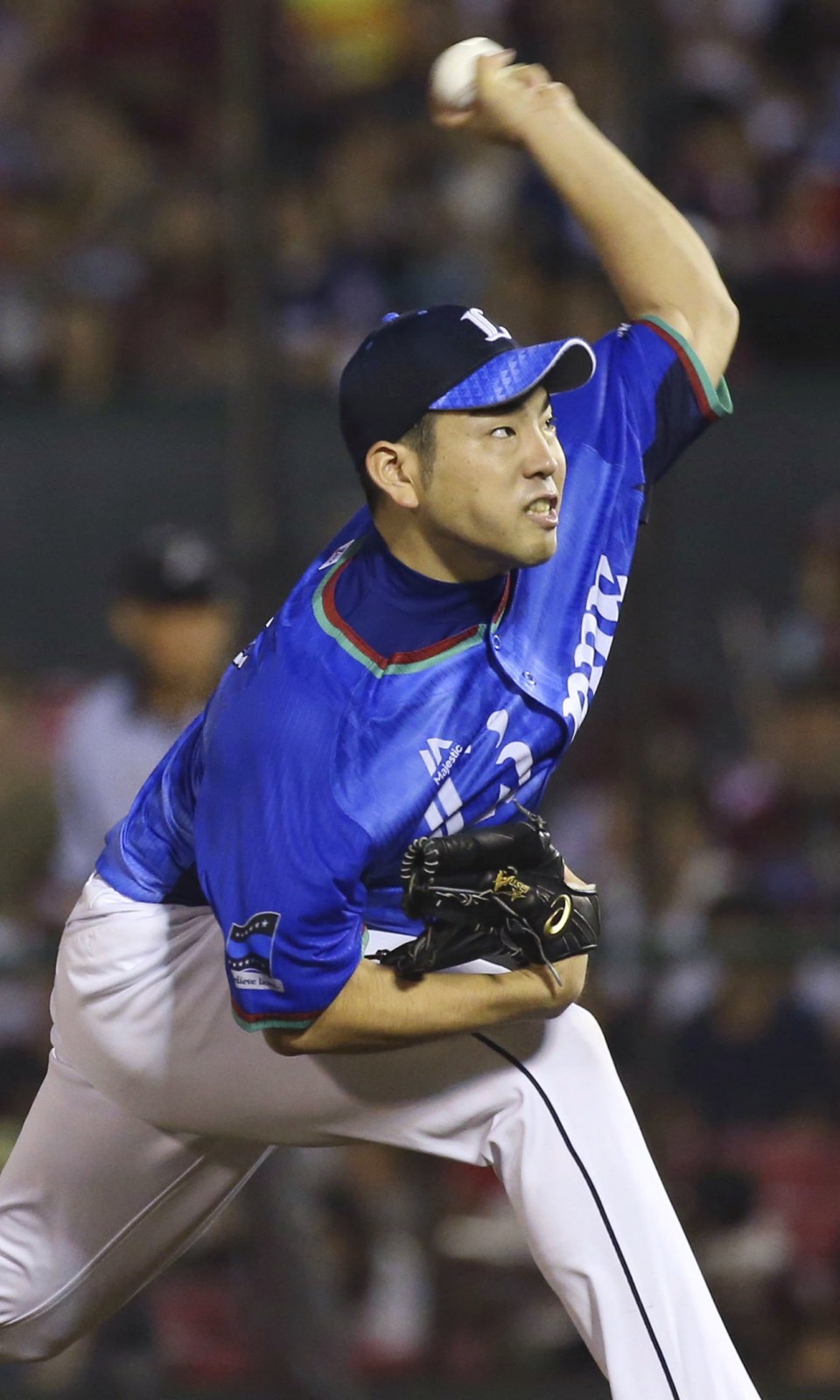 Despite all the work he had put in, when asked point blank about his plans on Oct. 21, hours after the Lion's season ended. Kikuchi had nothing to say.

"I haven't said anything to the team," he told reporters waiting for him at MetLife Dome. "I'm not of a mind right now to consider what I might do going forward."

Yet, "I haven't thought about it" is what nearly all Japanese players say when asked their thoughts about leaving their current club.

Later that night, a source revealed the pitcher would in fact ask the team to post him, although Kikuchi wouldn't come out and say that for nearly another week. It's all part of the standard game Japanese players go through before leaving for the majors.

But make no mistake, Kikuchi has been planning this move for years and is already as prepared as he can be for his next step.