Carlos Ghosn, the ousted Nissan Motor Co. chairman, was served with a fresh arrest warrant Friday for allegedly having the Japanese automaker shoulder massive personal investment losses, in a move that may further extend his detention since he was first arrested last month.

The issuing of the third arrest warrant for Ghosn for alleged aggravated breach of trust marked a dramatic turnaround as he was seen to be nearing release on bail from the Tokyo Detention House for the first time since Nov. 19.

In an extremely rare move, the Tokyo District Court had rejected Thursday a request from the Tokyo prosecutors' special investigation squad to extend the detention of Ghosn and his close aide Greg Kelly, a former Nissan representative director who was arrested along with Ghosn, over earlier allegations of understating the former chairman's remuneration.

Kelly, a U.S. citizen, applied for bail on Friday through his lawyers. If the court gives approval and procedures are completed, including the payment of his bail money, he is expected to be released as early as Tuesday, sources close to the matter said.

Questions had been raised by foreign media and legal experts about the prosecutors' way of seeking to hold Ghosn in custody by relying on the same allegation of underreporting of remuneration in the securities reports for which the previous two arrest warrants were served. 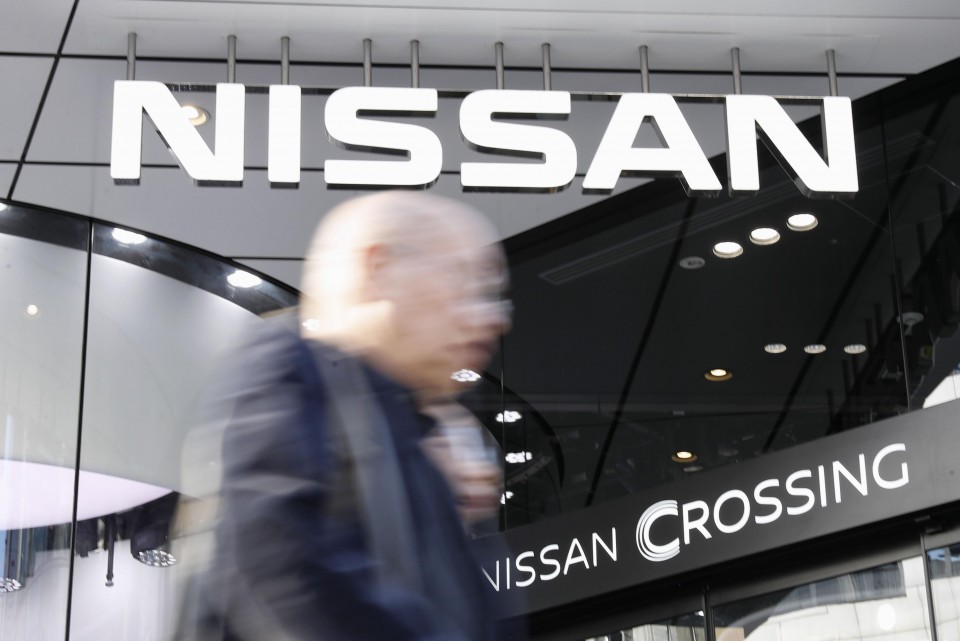 Ghosn is now facing a fresh claim that he had Nissan bear responsibility for covering his private investment losses of some 1.85 billion yen ($16 million) incurred around October 2008 and inflicting damage on the company by having it deposit on four occasions between June 2009 and March 2012 a total of $14.7 million into a bank account.

The former chairman, who holds French, Lebanese and Brazilian citizenships, denied the allegations, according to a source close to the matter.

Ghosn considered having Nissan shoulder the losses at the time but did not do so after being told by financial authorities it would be illegal, Otsuru said.

Prosecutors initially arrested Ghosn on Nov. 19 for allegedly only reporting roughly 5 billion yen of his 10 billion yen compensation during the five years through March 2015.

They then served a fresh arrest warrant on Dec. 10 for alleged understatement of compensation by an additional 4.27 billion yen for the three years through March this year.

The confinement of Ghosn, credited with saving the Japanese automaker when it was teetering on the brink of bankruptcy in the late 1990s, has sparked criticism from overseas over the possibility his detention could be legally prolonged indefinitely, and over the absence of lawyers during interrogations, a norm in Japan.

Japanese law sets detention limits for a suspect of 23 days for an arrest warrant served by police and 22 days for a warrant served by prosecutors. However, authorities can add further charges with fresh warrants, meaning a person can be detained indefinitely if a court so approves.

Justice Minister Takashi Yamashita said at a press conference Friday the arrests and detentions are being carried out "appropriately in accordance with the rules of the Code of Criminal Procedure" and "the criticism is unwarranted."

According to sources close to the matter, Ghosn, who was Nissan CEO and chairman at the time, incurred the investment losses arising from derivatives trading due to the 2008 global financial crisis.

While the statute of limitations for the crime of aggravated breach of trust is seven years, prosecutors have confirmed the period has not expired as Ghosn's time spent abroad is not counted.

The crime of aggravated breach of trust in violation of the Companies Act refers to when a person fulfilling an important role in a company's management, such as an executive, acts against his or her role and inflicts damage on the company. A violator could face a fine of up to 10 million yen or maximum imprisonment of 10 years.

As the story of Ghosn's fresh arrest broke in the morning, there was a commotion at the main gate of the Tokyo Detention House, where hundreds of reporters and photographers had gathered to cover Ghosn's expected release on bail. Nissan employees were both surprised at the news and worried about the future of the company.

Ghosn and Kelly were indicted Dec. 10 on a charge of violating the Financial Instruments and Exchange Act. They have denied the allegations.

The two have admitted to prosecutors that Ghosn's remuneration was not entirely stated in the securities reports to Japanese regulators but have claimed it was not necessary to do so because the amount of his post-retirement payment had not been settled, according to sources with knowledge of the investigation.

Following the arrest and after an internal probe that uncovered "significant acts of misconduct" by Ghosn, Nissan quickly dismissed him as chairman on Nov. 22.

The ouster of Ghosn has triggered a power struggle with alliance partner Renault SA over the cross-sharing partnership created and led by Ghosn.