In March 2016, Taiwan notably celebrated the 120th anniversary of the establishment of postal services across the strait on mainland China.

However, very few remember, never mind fete, that postal services in Taiwan were established 130 years ago and modernized by the Japanese about a decade later.

Few would count postal services among the signature achievements of modernity. Unlike trains, which were the technological marvels of their age, or great metropolises, symbols of national wealth and progress, postal services are dull, bureaucratic and routine.

Yet without the cheap, dependable movement of information provided by legions of postal workers around the world, trains, shipping, urban development, even nations would not exist, at least not in the forms known today.

Taiwan owes much to its early postal history, initially under the leadership of one forward-looking governor during the late Qing Dynasty (1644-1912), then the Japanese, whose energetic expansion of the postal system provided the information infrastructure for Taiwan's rapid development after World War II.

Methods to convey messages in China existed from ancient times, of course, serving mainly military and governmental needs. But these varied, with results expensive and slow.

By the second half of the 19th century, mainland rulers decided that a more reliable means was needed to circulate information not only for the government, but also the public, and in 1897 the Imperial Qing Postal Service was established.

Nine years earlier, however, Taiwan Gov. Liu Ming-chuan launched just such a service on the island. Unhappy with the inefficiency of the existing system, which relied on the customs service to transport mail, Liu set up a post office that operated as a monopoly enterprise under his direct supervision.

With two main stations, north in Taipei and south in Tainan, and a growing system of sub-stations, the "Modern Postal Service," later renamed the "Taiwan General Post Office," served the needs of government and ordinary Taiwanese.

Low rates of literacy in the general population meant that public use of the new service was modest. But interest spread and business grew.

The success of Liu's brainchild was due in no small part to his being able to operate under the radar of mainland officials, who had little interest in the affairs of the poor island province.

This lack of oversight allowed Liu to innovate freely, improving postal delivery by exploiting other technologies new to Taiwan.

Railroads, steamboats and the telegraph were all 19th-century inventions meant to move people, goods and information faster, farther and at lower cost, according to Academia Historica president Wu Mi-cha, and so played an important role in modernizing mail delivery on the island.

As well as it worked, Liu's post office was unable to move beyond its mission of delivering mail as cheaply and efficiently as possible.

This all changed when Taiwan was ceded to Japan in 1895. 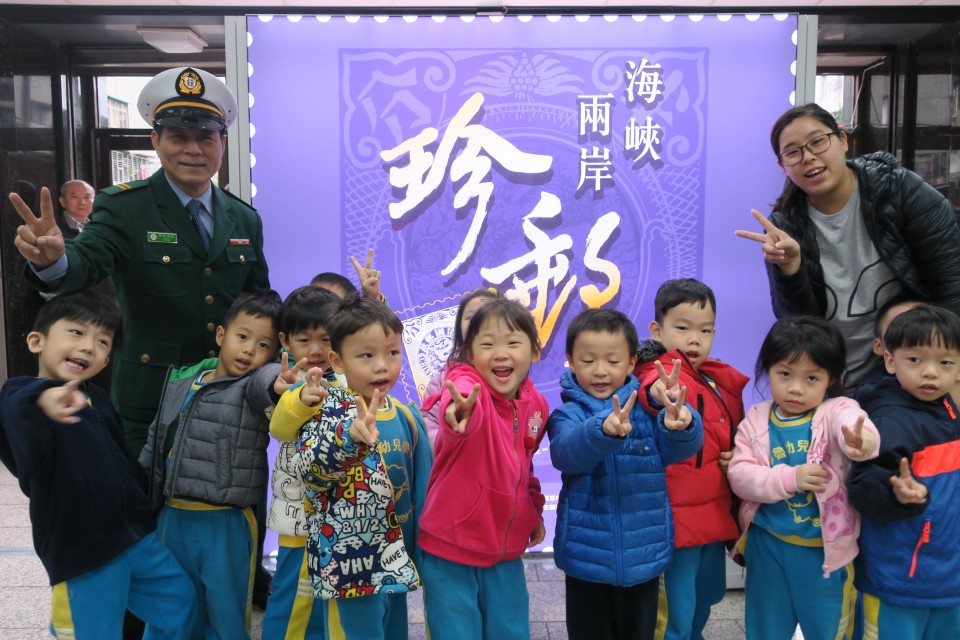 Not only did Japanese administrators arrive with a more advanced postal system established 25 years earlier in the Meiji period (1868-1912), but their purpose in deploying it was not simply practical: they hoped the post office would promote unity and, thus, advance their colonial mission.

Once resistance to the occupation ended, the Japanese military turned the postal system over to the civilian government, which built upon the foundation Liu had begun.

Most importantly, administrators expanded the services offered by the post office to include banking and money transfer, followed later by life insurance and retirement annuities.

"Post offices were like today's 7-Eleven convenience stores with a variety of products" to serve the everyday communicative and financial needs of consumers, Wu said.

As more post offices were built, people were encouraged to use them, and as utilization rose, prices dropped.

The Japanese introduction of common school education led to rising literacy rates, which also encouraged use of the post office by the general public.

When the Japanese left in 1945, Taiwan's postal system was one of the most extensive in the region, and like much of the infrastructure built during the colonial period, it helped the troops of the Nationalist Party or Kuomintang (KMT) take control as it relocated to Taiwan in 1949.

The post office also laid the communicative groundwork for the island economy to take off in the 1960s and 1970s.

There were challenges, however, most stemming from the success of the post office itself in promoting services that eventually required dedicated providers.

Its monopoly on mail delivery became subject to competition in the 1990s, which along with the rise of such electronic messaging as fax, email and texting had a significant impact on the bottom line.

Taiwan has not been alone in grappling with these problems, of course, as post offices around the world find themselves barely able to survive.

Taiwan took steps to shore up the post office in 2003 by turning it into a government corporation.

Yet unlike Japan, there is no plan to privatize, said Chen Shian-juh, president of Chunghwa Post Co., adding that his company has an obligation to provide service throughout Taiwan regardless of profitability.

This said, postal rates were increased last year, and rather than compete with the new forms of communication, Chunghwa Post is developing technologies to modernize postal and banking services, while expanding into new ventures such as electronic commerce and logistics.

The island's first automated post office opened on a trial basis in April in Taipei with an eye to reducing paid staff and increasing customer convenience.

Again, however, Chen pointed out that as important as it is to trim post office losses, services like the money-losing insurance plan will continue as its purpose is to help build a social safety net.