A health ministry panel said Wednesday that most of the foods currently under development using genome editing can be marketed without safety screening by the state, a proposal that would accelerate the creation of such items as more nutritious tomatoes and more meaty red seabream in Japan.

The relatively moderate regulation would allow companies to sell gene-edited foods only by providing the government with information on specific genome engineering, or which DNA is snipped or tweaked in crops or animals. 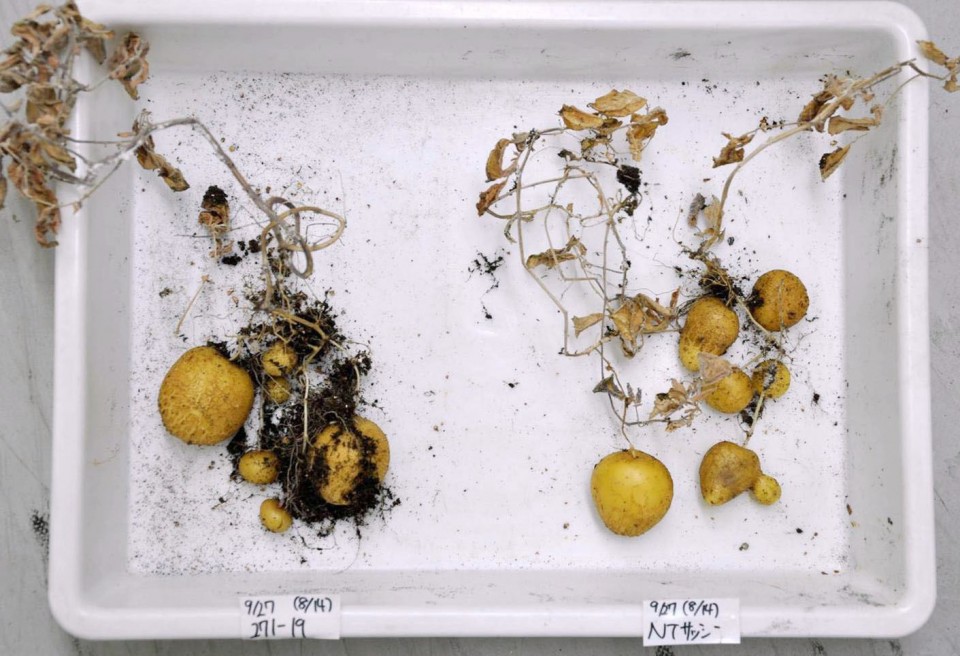 (Photo shows potatoes, left, that are free of toxins as a result of genome editing and ordinary potatoes) [Photo courtesy of Osaka University, Riken]

It contrasts with stricter rules on genetically modified foods, which are produced by adding foreign genes of other organisms.

Based on the panel's report, the Health, Labor and Welfare Ministry plans to draw its own conclusion on the matter by the end of March.

Compared with traditional breed improvement techniques, which usually require a decade or more to create new crops through cross breeding or by applying chemicals and radiation to DNA, the gene-editing techniques can deliver results in a much shorter period of time.

In October, Tsukuba University announced it will launch a startup to commercialize genome-edited tomatoes with abundance of gamma-aminobutyric acid that can lower blood pressure.

Other genome-edited foods being developed in Japan include potatoes free of toxin in their sprouts and tubers, and super high-yielding rice, while inactivating specific genes through gene-editing tools is believed to reduce work for farmers and transporters as well.

Meanwhile, out of safety concerns, consumer groups have been calling for the implementation of mandatory safety assessment for gene-edited foods, but the panel determined those foods, with which specific genes are inactivated through gene-editing, cannot be distinguished from foods produced by conventional improvement techniques.

It also concluded that such inactivation of genes can occur naturally through mutations, among other things, and those gene-edited foods should be outside of current regulations for genetically modified foods.

The report compiled by the panel stipulates safety assessment should be required for foods derived from plants or animals in which foreign genes were introduced, since such foods are considered as genetically modified foods.

It also said information, including that of edited genomes and substances which can cause allergic reactions, should be provided to the government, while the request of information should not be legally binding.

Among new genome editing technologies, the CRISPR-Cas9 system has generated a lot of excitement in the scientific community due to its efficiency and accuracy, according to the U.S. National Institutes of Health.

The genome-editing tool allows cutting of the strands of DNA at a specific point and creating a gap in the DNA where a new piece of DNA can be added. 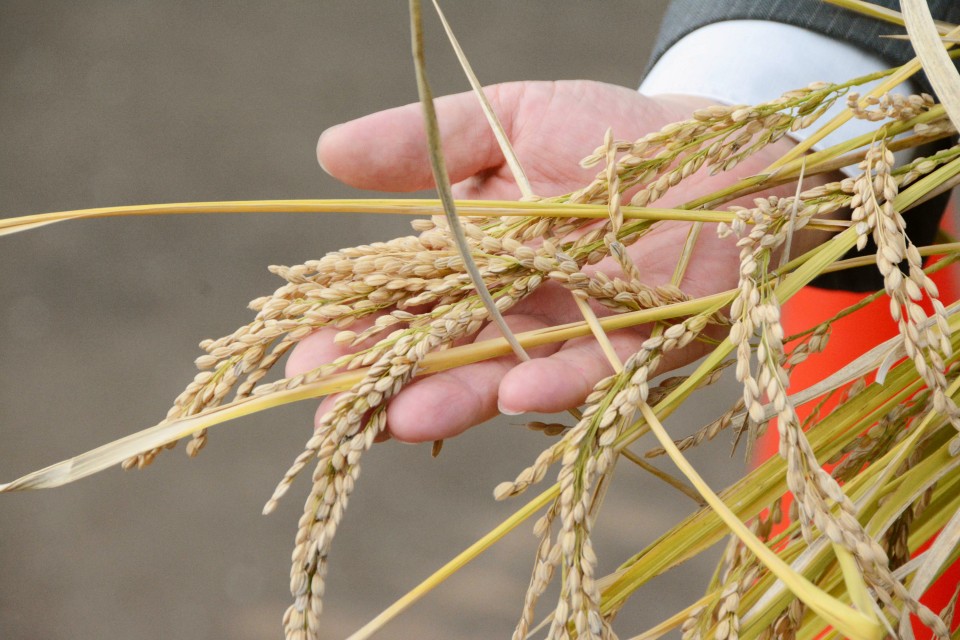