Rurika Koike, 18, is a one of a kind national champion. She won the all-Japan high school tournament this summer for excellence in the art of making soba noodles.

In the annual championship, 154 students from 32 schools spanning northern to southwestern Japan don caps and white aprons to test their noodle-making skills over exactly 40 minutes. They use a blend of buckwheat and wheat flour to come up with the final product.

Examiners keep close tabs on the way competitors mix the buckwheat powder with water and how they knead, stretch and cut the dough into noodles. They also monitor the preparatory steps, ensuring the children wash their hands and lay out their kitchen utensils while keeping a clean working space.

Despite the high-pressure, sweat-inducing environment, points are deducted if a single drop falls into the big mixing bowl. The competitors are also rated on the tidiness of their clothes and on how clean their utensils are, with any errant leftover flour required to be immediately cleaned.

The judging ends when competitors have finished cleaning their workspace. The competition focuses on their skills in making the noodles, not in their ability to cook them, according to the organizers.

"I was nervous before the competition but when it got started I returned to my usual self," said Koike, a third-year student at Tone Jitsugyo High School in Numata, Gunma Prefecture, northwest of Tokyo, a participant since the first edition of the competition in 2011. 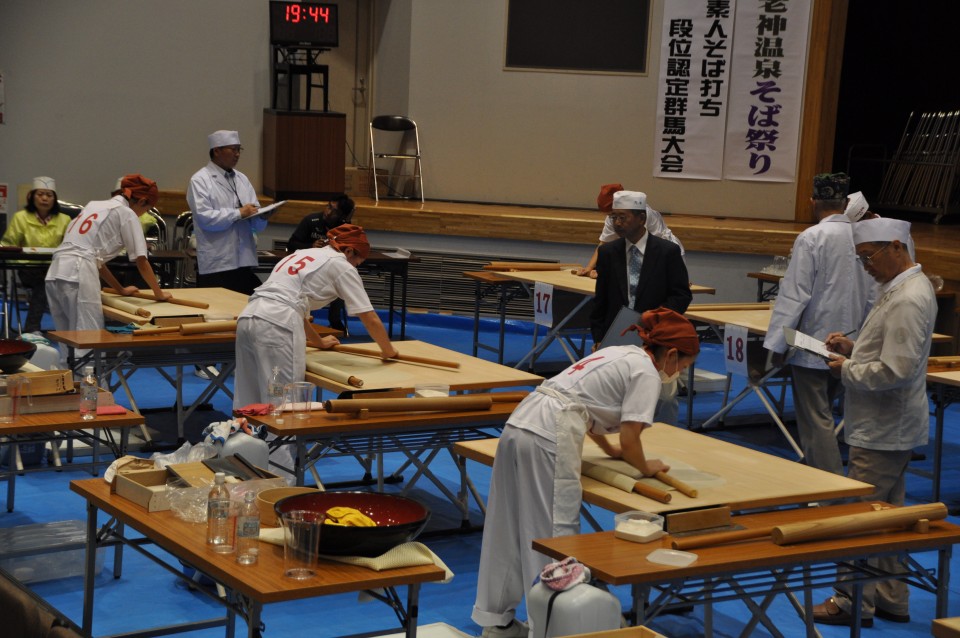 "When you keep the right posture, you can avoid putting too much power but it is hard to maintain the position for 40 minutes," said Koike, who can now predict around how much water is needed to make the dough by the texture of the blend of the flours.

"The profundity of soba making is that the result differs day by day, depending on the temperature or humidity or the type of buckwheat flour. Sometimes it turns out too soft," Koike said. "I like experimenting on how to make the best soba."

Numata, located high in the mountains with marked temperature swings and rich spring water necessary for producing buckwheat seeds, was a natural environment for her to familiarize herself with soba making.

With an output of some 450 tons of soba seeds, Gunma was ranked the 12th biggest producer in fiscal 2017 out of 47 prefectures.

Soba noodles, which are boiled in water, can be eaten either hot or cold with a soy-based sauce. There are many different varieties in different regions of Japan, depending on the local climate and ingredients. It is said to have been introduced to Japan around the Jomon period (10,000 BC to 300 BC).

Koike said she became fascinated with soba in junior high school through her father who made the noodles as a hobby and found herself preparing the dish for New Year's Eve, as is traditional in Japan. She chose to enroll at Tone Jitsugyo High School, which started soba making lessons in 2006 as part of its course on food processing and culture.

Koike's training base at school is the "Soba Dojo," a classroom once used for machinery studies. 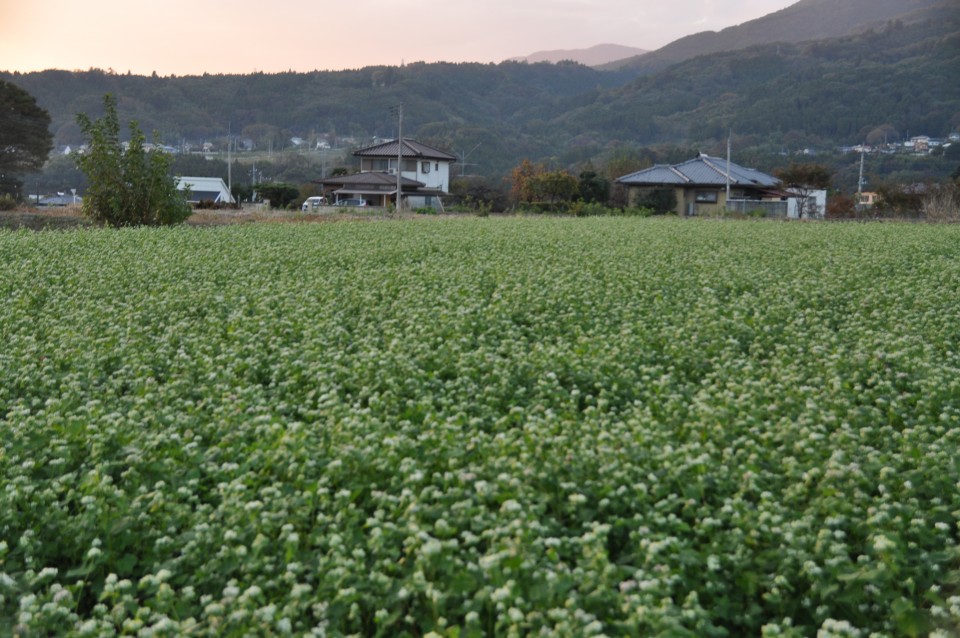 With the help of a local soba association, the dojo is now equipped with desks, around the size and height of those actually used in the tournament, big bowls to mix water and flour, rolling pins to flatten and spread the dough thinly, and also special knives to cut the sheets of dough to equal widths.

The students who practice soba making do not necessarily go on to work at soba noodle restaurants after graduation, said Kazuhiko Sato, a teacher at the high school who is in charge of soba noodle making activities.

"I want students to become proud of themselves and gain confidence through soba making and by persevering to reach a rank, or 'dan,' for their technique," he said. "Making handmade noodles here also creates direct communication with the local community."

"After they finish making soba noodles for practice, the students give out leftovers to neighbors or other people close by, and the community, in turn, gets behind the students," Sato said.

Taking part and demonstrating their soba noodle making skills in local festivals is also another way students engage with the local community.

"There is a sense of tension whenever I make soba noodles in front of a crowd because I feel that I need to be good," said Ami Hoshi, another third-year student at the Tone Jitsugyo High School, after performing soba making at a Japan-Russia cultural exchange event at Gunma prefectural government office in October.

"I have now acquired the second-ranked dan and will work at an auto parts manufacturer after I graduate high school, but I still want to continue training to get a third-ranked dan," she said.

Shigeo Abe, a ranking assessor at the Japan Council for Interregional Soba Culture Exchange, a nationwide association promoting Japan's soba culture, said, "One of the difficult steps is to adjust the amount of water when you sift and mix flour and buckwheat flour in a big bowl."

Abe also said that soba makers should not dwell just on the process. They should never forget to enjoy soba, a highly nutritious grain particularly rich in vitamin B, as a delicacy.

National champion Koike seems to have already acquired the spirit. "Handmade soba is delicious, nothing compared to dried noodles sold in stores," she said. "You can smell the great aroma of buckwheat not only when making buckwheat dough but certainly when eating soba."