Japanese Prime Minister Shinzo Abe said in a radio program aired Sunday he hopes to have a "specific discussion" with Russian President Vladimir Putin on a peace treaty between the two countries when the leaders meet next month.

Abe and Putin agreed in November to speed up peace treaty talks by finding common ground to resolve the territorial row over Japan-claimed, Russia-held islands. 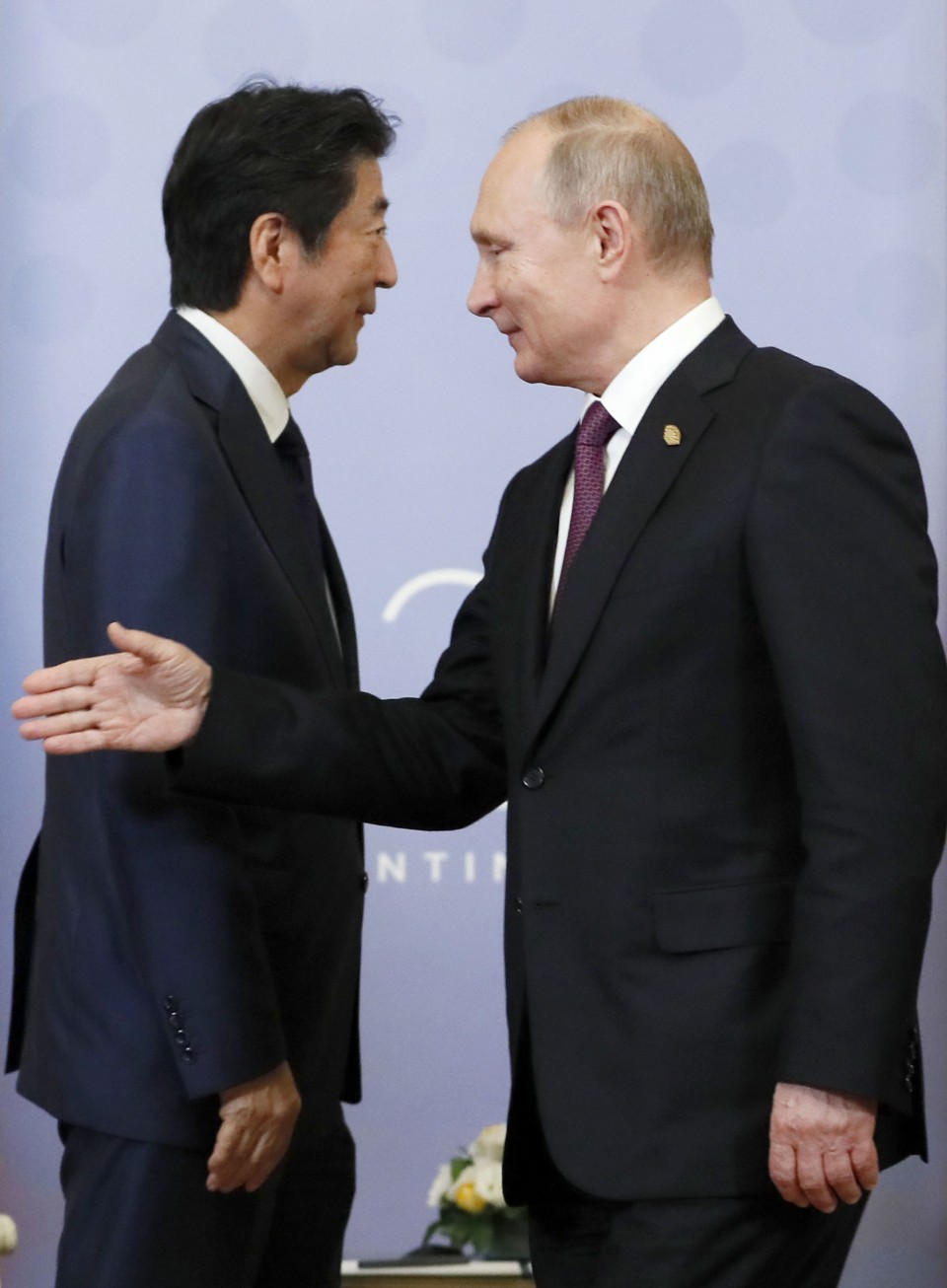 Asked if Japan can address Putin's concern about the possibility of U.S. forces building a base on any of the islands if they are handed over to Japan, Abe said his government has "not yet" gained the consent of the United States to keep them free of a U.S. military presence.

Tokyo and Moscow are seeking to make progress in peace treaty talks based on the 1956 joint declaration, which says Shikotan Island and the Habomai islet group -- two of four Russian-held islands off Hokkaido seized by the Soviet Union after Japan's surrender in the war in August 1945 -- will be handed over to Japan following the conclusion of a peace treaty.

Abe is visiting Russia around Jan. 21 for a summit with Putin, according to government sources.

The focus of the Japan-Russia talks on the territorial issue has shifted in recent months to the status of the islands, known as the Northern Territories in Japan and the Southern Kurils in Russia, after the two countries promoted confidence-building steps centering on economic cooperation.

On speculation that he will dissolve the House of Representatives for a double election in summer, Abe said, "I have no such intention at all."

"My head is full with the upcoming tasks associated with the imperial abdication (on April 30) and a consumption tax increase (on Oct. 1)."